As a part of the President's Task Force on Systemic Racism, we invite the community to share their written, oral or visual reflections. The reflections can focus on the topics presented at different Task Force events or speak to other facets of systemic racism important to the individual. We encourage thoughtful creativity and are open to multiple forms of submission. If you are interested in sharing a reflection to this page, please visit this form to learn more about the process and to submit a reflection. 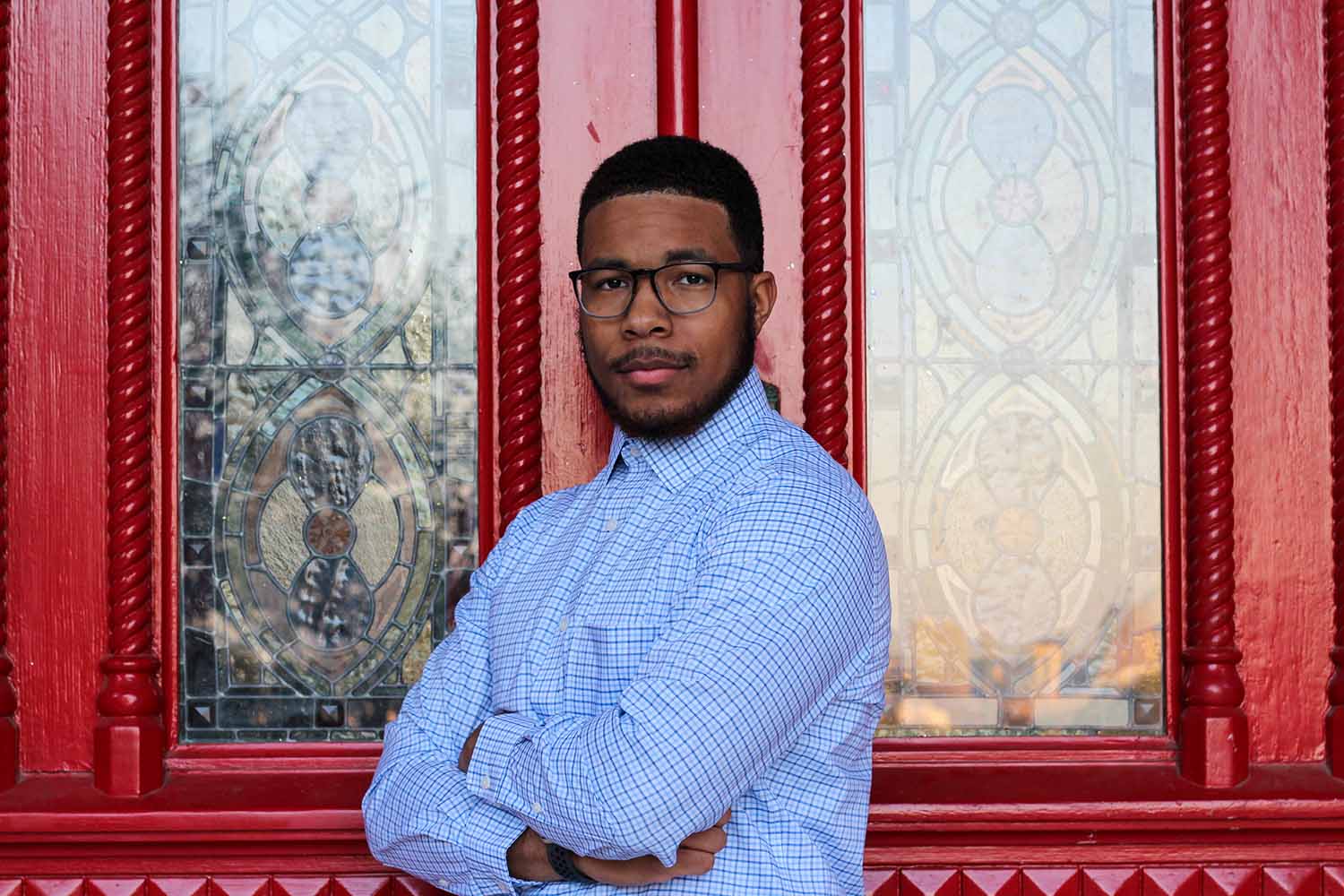 Lavelle Brown is a Junior majoring in Psychology. He is the current President of the Black Student Alliance.

Picture an open field. Light blue skies, not a cloud in sight, and the breeze flushing away all your worries as the flowers dance with the trees. Take three deep breaths – breathing in through your nose and out through your mouth. Such peace is romanticized by Hollywood, toxic societal trends, and seem so far away in times like these. The Racial Healing Circle, supervised by Ms. Sandra Hayes, slowed down the chaos in everyone’s mind and brought things to a still breeze – allowing each participant to dance in the breeze like the flowers and the trees.

From my perception, a healing circle is built to rekindle your relationship with the emotions that you’ve unconsciously pushed down. The things that need the most attention, but are the hardest to attend to in the fast-paced world we live in. Participants are placed in comfortable position in a circle format to emphasize the equality of each person and that no one person is more important than the next. The rules are simple: Be attentive, Be compassionate, Be open, and when someone is speaking your only job is to listen. In other words, do not think of a response to what is being said, do not zone out. Someone is taking the time and energy to divulge a piece of themselves they may never have had the courage to express, be there for them. In this case, we were participating in a Racial Healing Circle. Not necessarily built solely of people of color but composed to make everyone aware of the smallest and most painful afflictions caused by stress and trauma around race.

How do you feel? How are you doing, considering the last year in the United States? What moments have made you feel vulnerable, or which ones have empowered you? Each person was in the position to question how they genuinely felt in that moment and had a circle of people to affirm their emotions. Think about that. How many people do you have in your life that will do nothing except listen when you need to cry, exclaim, scream? How many of your family members or best friends can you actually scream in front of? Not that any screaming occurred, but a healing circle gives you that space to do so if that’s what you need. To me, the most intimate part of the circle was not 15 people giving me undivided energy to be vulnerable but speaking with one person you may never have opened up to. I had the opportunity to partner with our circle leader, Sandra, and I don’t think I’d had that kind of emotional safety in months.

I serve as the President of Black Student Alliance (BSA), BSA Representative on the President’s Advisory Council (PAC) and Systemic Racism Task Force, I work 30 hours a week, I make time for an internship with a Mental Health non-profit, and I attend this university and pay for my undergraduate education as a First-Generation Black Male that was raised by a single Black Mother. Five minutes of no judgement, no critique, no pressure to succeed, no impending deadline, no societal pressure to eliminate stereotypes of a Black male. Those five minutes of absolute emotional safety meant more to me than the entire healing circle. This entire Racial Healing Circle was an opportunity to step out of the role of the hunted, the colored man, the Black man, a male, the persecuted, a potential name to add to the long list of fallen Black and African American angels. This is why our schools’ leaders invested in a RACIAL Healing Circle. In this generation, especially in the last four years, students have been called to be more than students of Psychology, Business, or Biology. Students have been called to take up the mantel of Activist, Voter, Therapist, Ally, Protestor, and so many more. We are struggling because of policies and systems built to serve people who were born in the early 1900’s. We are fighting to reserve spaces that are being held by people that are not meant to shape the future. The majority of us are students, youth, young adults of color.

There are three points I’d like you to take away from my reflection: Listen with intent when someone is trusting you with their vulnerabilities, remember the quote that asks you to be kind to strangers because you never know what they’re going through, and treat your life like a Racial Healing Circle. Through every step you take, every policy you fight, and every smile you give acknowledge that every person is fighting a battle you can’t see, comprehend, or emulate for convenience. Black, LatinX, Caucasian, Transgender, LGBTQIA+, homeless, wealthy, poor, successful, or struggling – Everybody deserves their own five minutes of emotional safety. If you can’t give five minutes, give five smiles. If you can’t give five smiles, give five acts of kindness. If you can’t give in general, give yourself five minutes in the mirror. 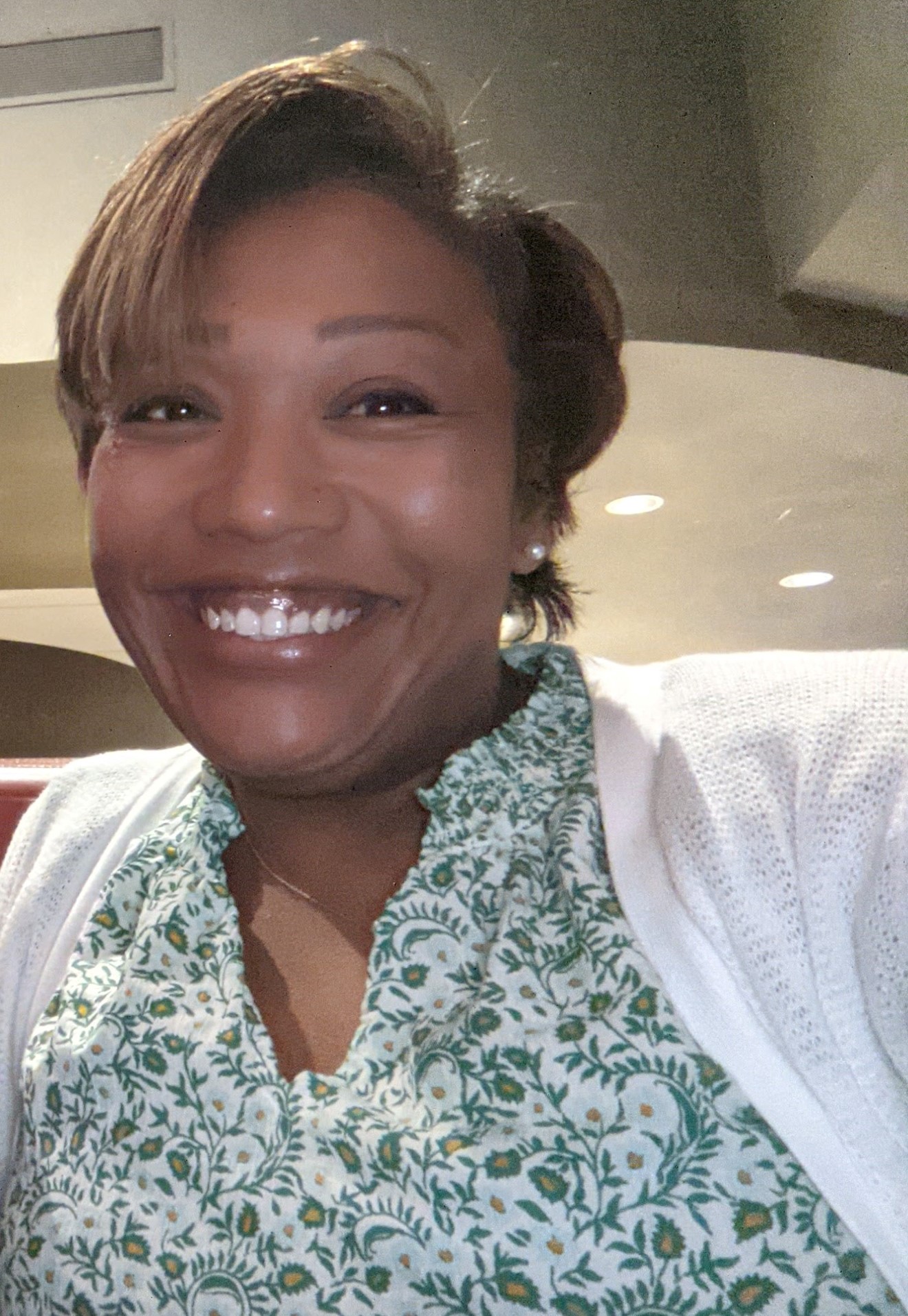 Dr. Kisha Barrett is an Adjunct Professor in the Department of Biology at St. Edward's University and an Assistant Professor at Austin Community College.

From a biological perspective, ‘systemic’ encompasses the whole organism, being a part of the underlying mechanisms critical to human function. Likewise, our country and its institutions were founded on a caste system, where inequalities have driven its progress and built its wealth (Wilkerson). These national mechanisms create generational effects in the minds and hearts of our community. I have experienced mental and tangible barriers directly due to systemic racism, resulting in life-altering consequences (Bertrand).

Unconscious bias aside, we are all the same; it is one variation in a single protein that defines our color (Lamason). Our heritage, culture, and community enrich that single variation and help us define our identity. Unfortunately, systemic racism shapes a part of that identity. These structural inequalities and injustices cause trauma, harm, and distrust. This deep-seated hurt cannot be healed alone. Systemic racism affects each of us, and when we share how it does, I believe it will bring forth meaningful change in our community.

The Truth, Racial Healing, and Transformation process seeks to make sustainable change to racism through community restoration. This process seeks to change the narrative of systemic racism by promoting healing and relationship building; and community-focused solutions to separation, economy, and law (Kellogg Foundation). The President’s Taskforce on Systemic Racism presented us with an event to learn and practice an integral process to Truth, Racial Healing and Transformation: Healing Circles. Austin Health Commons and keynote speaker and circle keeper, Sandra Olarte-Hayes made this evening educational, inviting, inspiring, and transformative. I learned to listen and not fix, take in and receive, and share deeper. I learned how to let my community in and explore what systemic racism means to me and my community in a beautiful, respected, and safe place. I am affirmed in the fact that, at this point, it is not about shutting down, but it is about facilitating perspectives that can change the heart and mind.

One of my greatest mentors, Dr. Martin Luther King Jr., said the civil war begins in the mind. We make the choice to say no or yes, judge, hate, love, accept, and ultimately to change. I choose to meet the injustices of systemic racism with love and restoration, knowing that our goal will need persistence, perseverance, and a growth mindset. I want to be part of the change past the ‘struggle for decency,’ our first civil rights movement, and be actionable to create systemic change to ensure equity in education, income, and opportunity. It is my hope through continued sharing, healing, understanding, and peaceable action; we can begin to change the institutionalization of bias and create a brighter and more equitable future for our nation. In a poignant speech that Dr. King made to junior high school students, he asked, “what is your life’s blueprint?” Dr. King said, and I agree, that a sound blueprint begins with a “deep belief in your own dignity, worth, and your own somebody-ness.” (King, 1967) I believe that the process of Truth, Racial Healing, and Transformation can help us restore our dignity and redefine our country’s blueprint through understanding our humanity and fellow man. I encourage each of us to share our story, let our thoughts and words be heard for others to learn from, and begin the restoration of ourselves, name our trauma, heal our communities; so that we can progress our nation. "I have a dream that freedom will ring from every city and state, and all men will be able to join hands and sing ‘free at last,’ yes, ‘free at last.’"