Whether students come to St. Edward’s knowing what they want to accomplish or they find their purpose here, they graduate ready to do great things. We checked in with three alumni whose paths have taken them in different directions — but who are all driven to make a difference in the world. 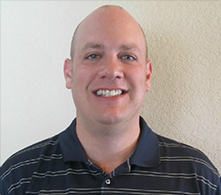 Choosing His Own Direction

Chris Schwarz ’00 joined a Dallas accounting firm fresh out of his undergraduate days at St. Edward’s. Within nine years, his name was on the letterhead. And by the time the firm was acquired by a national one, he was a partner. But he didn’t like having less one-on-one time with the clients he spent years getting to know, so he quit, leaving behind a steady income, health benefits and a retirement plan in order to work on his own terms. 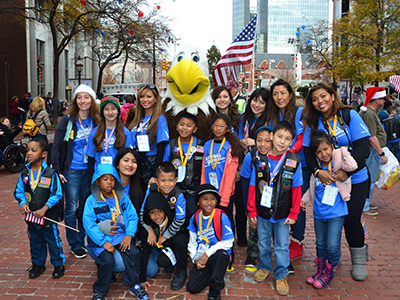 Three years later, he has no regrets. He’s built a successful accounting practice and is volunteer CFO for Snowball Express (snowballexpress.org), a charity for children who've lost a parent in the military. Every year, he sees these children begin to heal as they spend time with others going through the same thing they are. Even though it’s a challenge to juggle working, volunteering and spending time with his family, he finds a way.

“When you find that one cause that grabs your heart, commit to it,” he says. “You won’t regret it.” 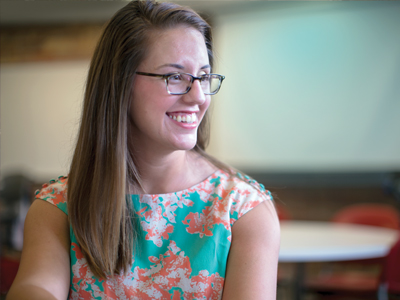 Chelsea Elliott ’12 has been blind in one eye and deaf in one ear since childhood. Now, she is helping revolutionize the vision screening process that could have prevented her own impairment through her nonprofit, the Half-Helen Foundation.

At St. Edward’s, Elliott spent a semester studying abroad in Angers — a life-changing experience that inspired her to follow her dreams, even if it meant taking a risk. When she graduated, she took the money she got as graduation gifts and filed the paperwork to found Half-Helen, which provides free vision and hearing screenings to children in need. 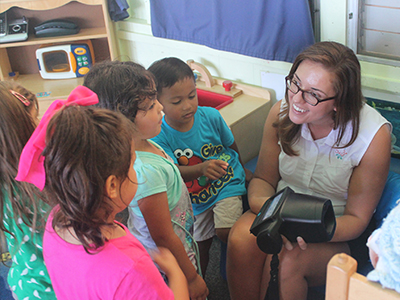 These days, Elliott divides her time between the two communities Half-Helen serves: Austin, Texas, and Kahului on Maui. She screens students at Wayside Schools in Austin during the fall, works in Hawaii in the winter and spring, and returns to Austin in the summer to fundraise and develop partnerships with other local schools and nonprofits.

“We can prevent so many things, and what we can’t prevent, we can catch early and treat,” she says. “It’s high-impact and low-cost.” 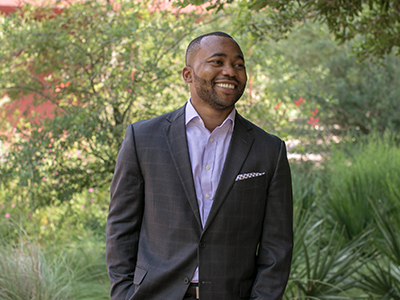 Guiding Others through Change

A native of Lagos, Nigeria, Linus Akanoh Jr. ’06 came to St. Edward’s as a 16-year-old and readily embraced the challenges of living in another country. That same sense of adaptability serves him well as an advisory manager in the Strategic Risk practice at Deloitte, a national consulting firm. He’s also an adjunct instructor in The Bill Munday School of Business at St. Edward’s.

Akanoh has been part of teams at crisis sites in Colorado, Louisiana, Georgia and Arizona since he joined Deloitte in 2007 after finishing his master’s in Professional Accounting at the University of Texas at Austin. He became a manager in 2012, leading teams as small as four and as large as 60. When torrential rains hit large swaths of the Gulf Coast in 2012, he and his team arrived shortly after the floods to help state agencies coordinate efforts to disburse federal relief funds and develop and implement processes to manage the recovery program.

“There are very few typical days,” he says, “because the world we live in is volatile and always changing. Tomorrow is a different reality.”

Read their complete stories in the Fall 2015 issue of St. Edward’s University Magazine.

The Value of Long-Term Service Opportunities