Where Prisons and Art Meet 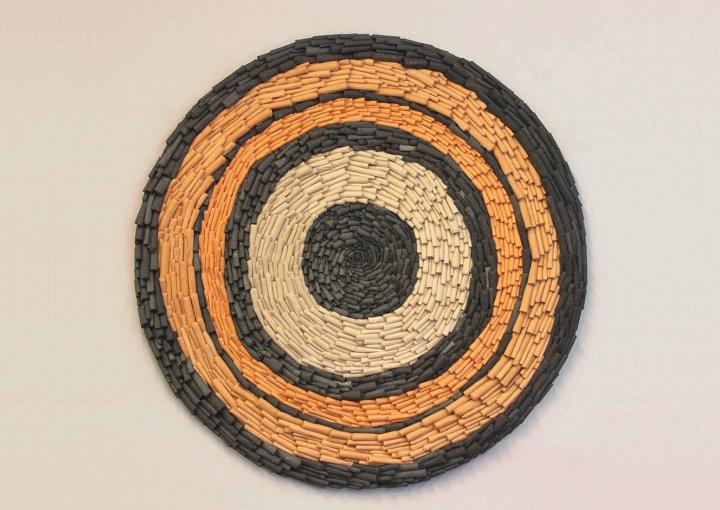 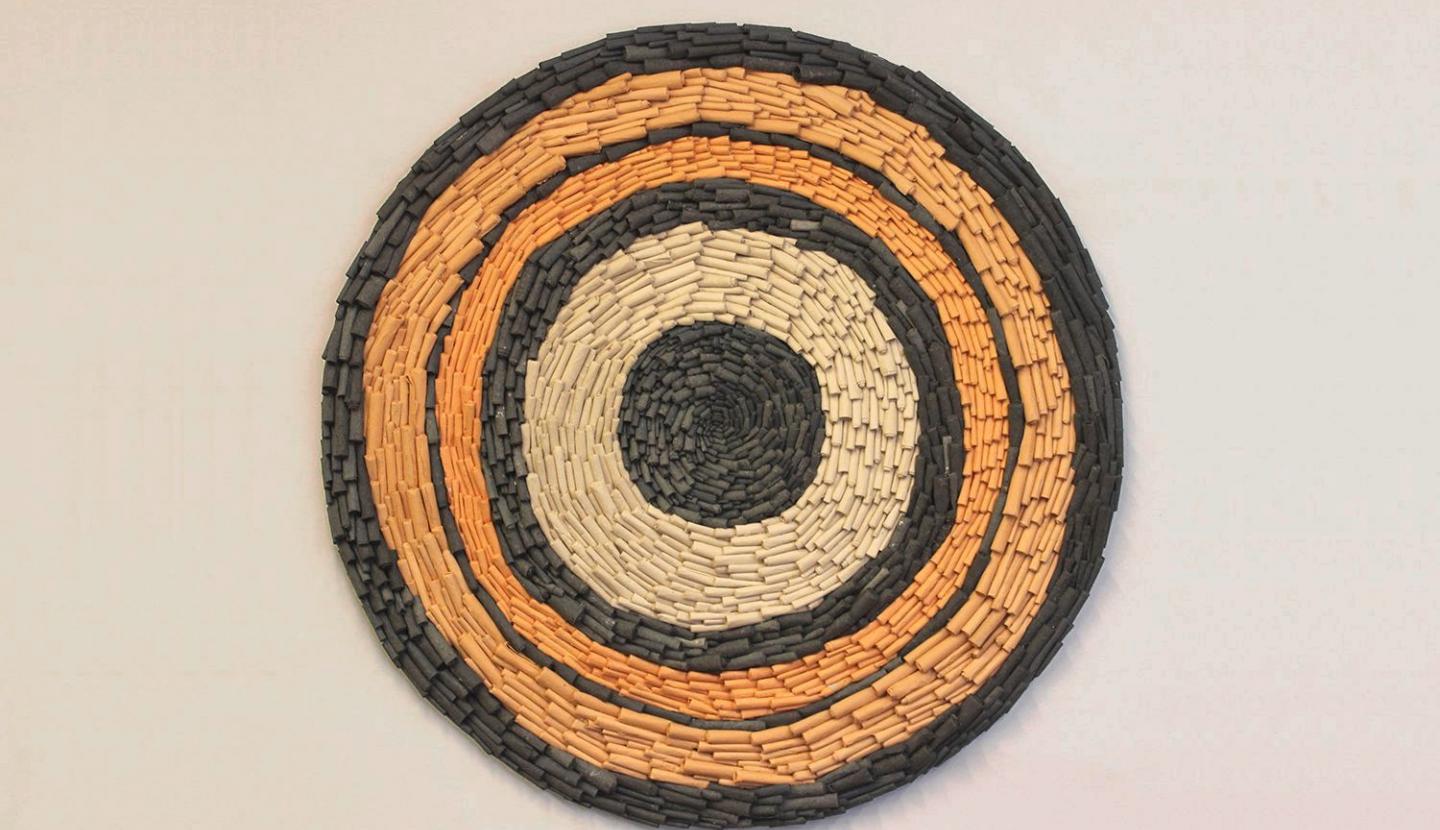 Inside the Fine Arts Center at St. Edward’s, students are cutting black, orange and tan prison uniforms into strips, then 1-inch squares. They dump the squares into a yellow tarp rigged into a bowl filled with water, where the scraps will be mashed together with a machine and dried into paper. The paper will be rolled and shaped into the rings of a target, which is what prisoners say life is like outside and inside a penitentiary.

Jenn Hassin ’12, an Austin artist invited to collaborate on the project by Associate Professor of Art Hollis Hammonds, initially wanted the paper rolls to mimic the layout of a prison in Huntsville. But after speaking with her cousin, a former prisoner who described being targeted because of his race and by inmates who wanted him to join gangs, she knew a symbol would be more powerful than a design of a prison. Each roll represents one of the 1,750 prisoners at the Huntsville Unit, with the 291 rolls in the center representing those on death row in Texas, she says.

“I think a prisoner, someone who went to jail or someone who was close to having that path, could connect with that image more than an aerial view,” Hassin says. “It’s important for me to use facts, too, because that keeps the integrity of the piece and what it represents.”

While students cut strips or wait for the paper to dry, Hassin says the project has sparked discussions of race and inequality, many of which are connected to the common reader Just Mercy: A Story of Justice and Redemption that all freshmen read last summer.

“I’m surrounded by students who are passionate about social justice. They have given me the fuel I needed to be inspired where I wasn’t before,” Hassin says. “It’s made me more interested in the project because they care about the work so much, and I’m inspired by what they’re bringing to it.” 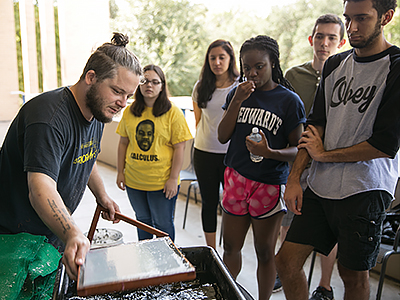