The Other Side of Politics 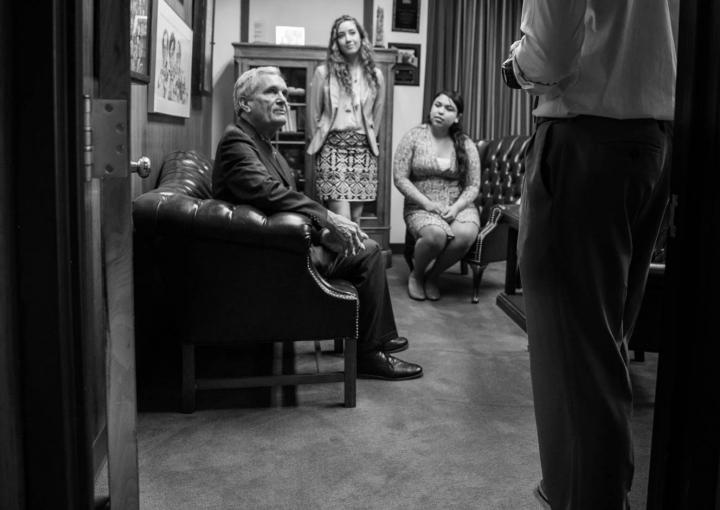 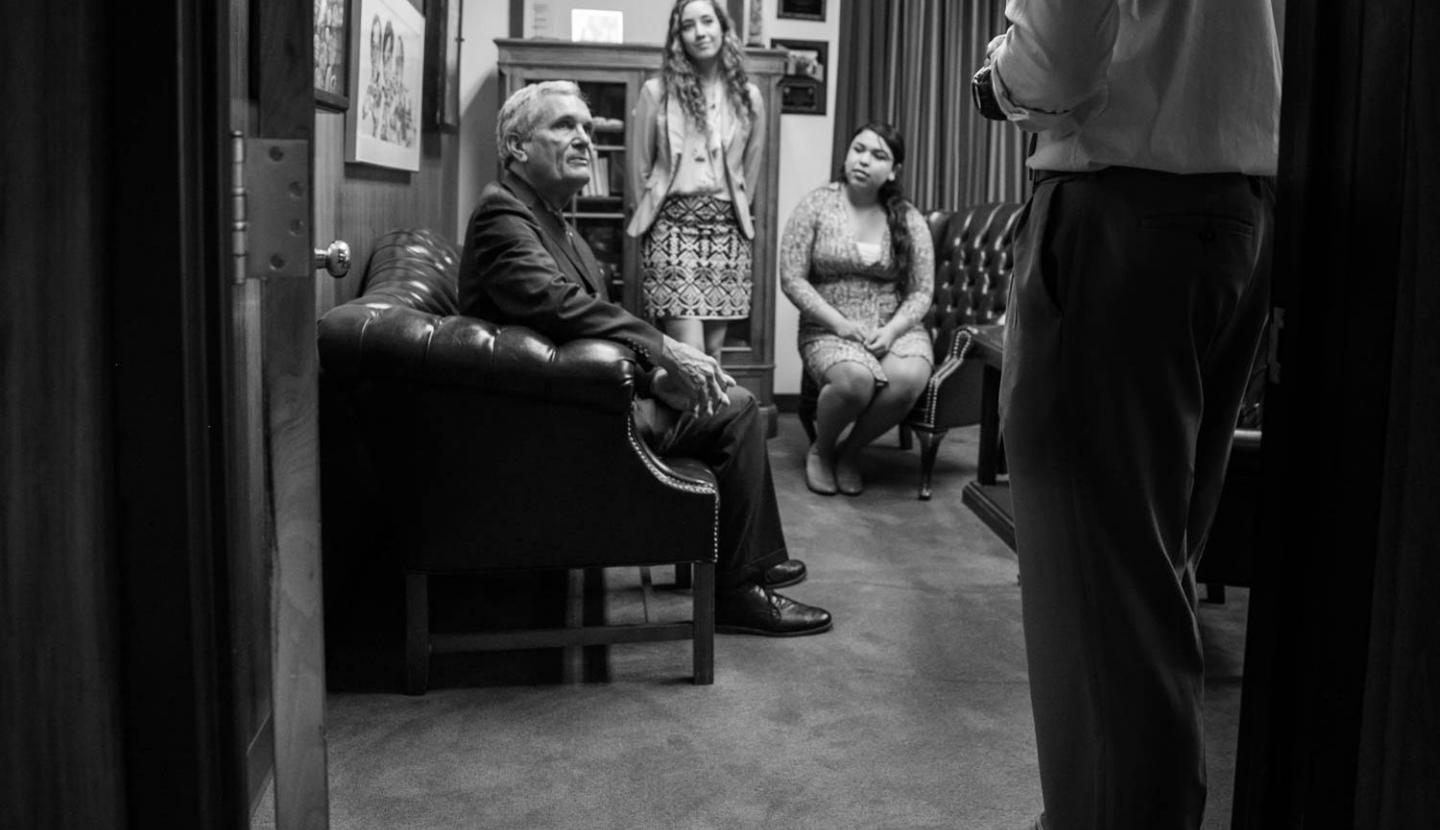 Not all politics revolve around drama and division. That’s the side of politics St. Edward’s University students and alumni say they’re experiencing, thanks to an ongoing internship program at the office of U.S. Rep. Lloyd Doggett, a Democrat who represents parts of Austin and San Antonio in the 35th District.

“Before the internship, I was pretty unaware of all the things your congressman can do for you,” says Natalia Villar ’16, a Global Studies major. “He really does serve as a proxy for constituents stuck in bureaucratic issues. He’s a catalyst to get results. He has more pull than we do, and I don’t think that’s common knowledge.”

The interns in Doggett’s office provide assistance to constituents with things like social-security benefits, veterans’ aid or the immigration process. “I feel like I’m actually changing something for the people I talk with,” says Luana Chaires ’17, a Political Science major. “This office prides itself on making sure that anyone who calls with an issue or complaint always gets some type of answer or service. If we can’t help, we can give resources, like nonprofits in the area that can help them.”

Doggett splits time between Washington, D.C., and Austin, but when he is around, he takes the time to meet his interns. It’s the same courtesy he extends to his constituents, says Michaela Larson ’14, who interned with Doggett as a student at St. Edward’s and now attends Baylor Law School. “I thought it was great that his main focus was to be involved in his community and to make sure he knew what was going on with people and their different causes,” Larson says. “That was probably the most inspiring thing.”

The biggest takeaway for Garrett Patterson ’13, now a law student at the University of Houston Law Center, was the overall office experience and working with a talented team. “I learned how to conduct myself in a professional environment, this being the first real job experience I’d had,” Patterson says. “And there were some really great people working there who could explain anything.”

While most say their time in Doggett’s office hasn’t changed their post-graduation plans, for many it has solidified their affinity for careers in public service. “What the internship taught me is more about civic leadership on every level,” Chaires says. “Being an intern is not just something to put on my résumé; it’s more of a service to my community. It’s what I’m supposed to be doing.”

Read more articles like this from St. Edward's University.