It takes a lot of hard work to win, but it's worth it 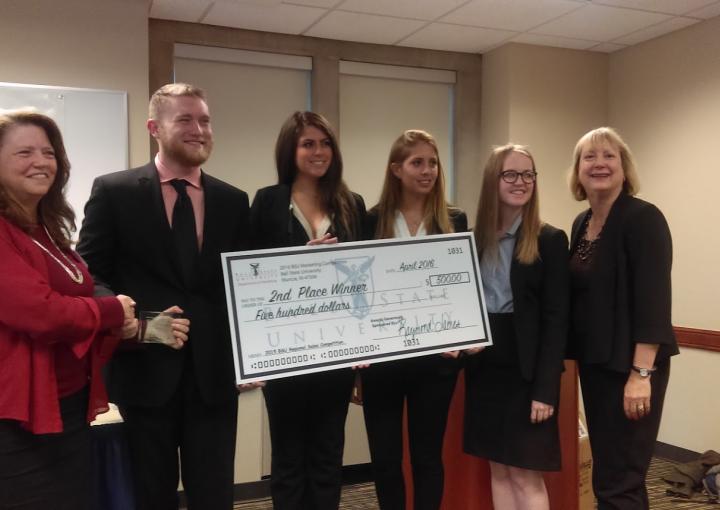 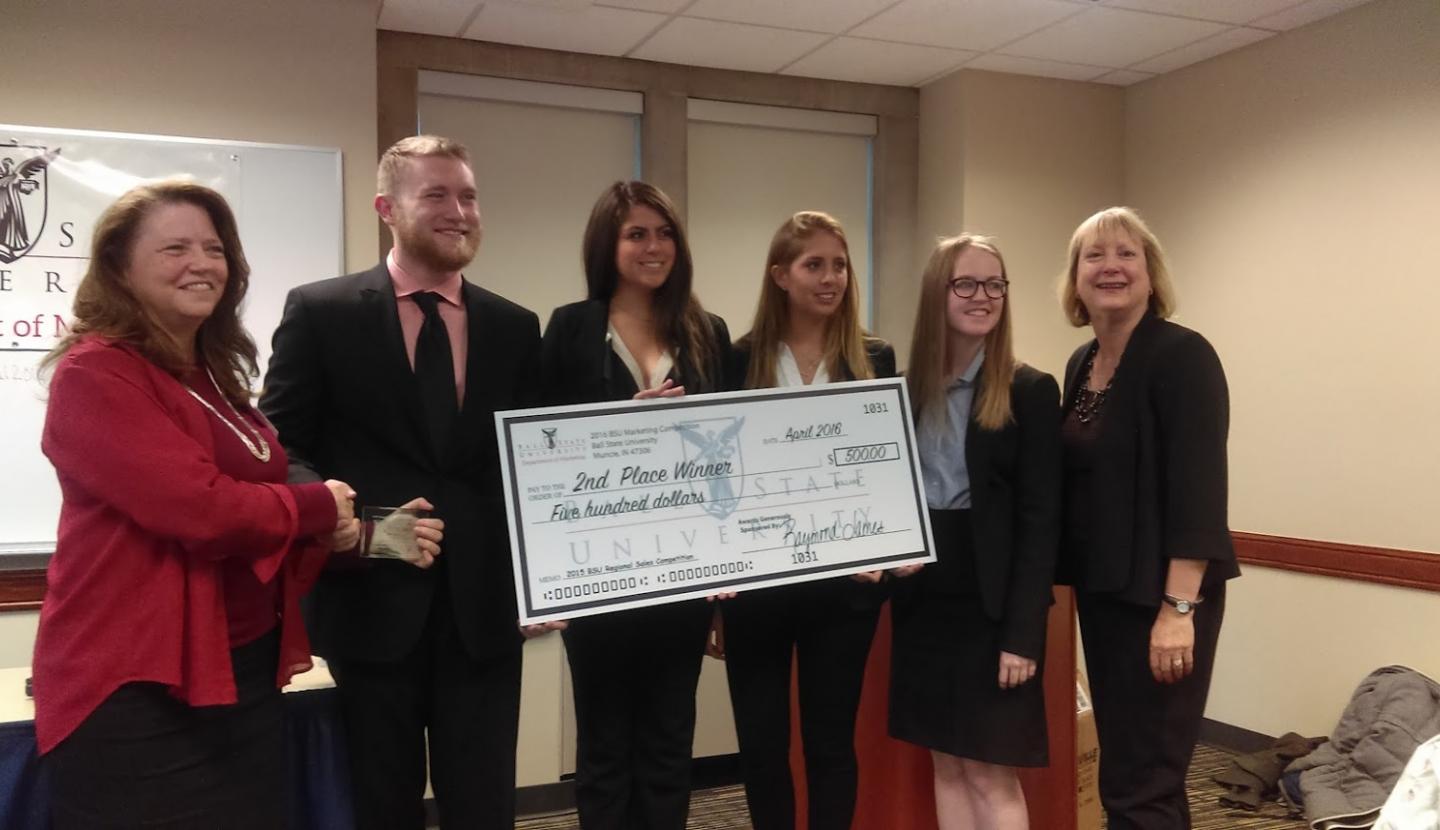 In early April, a team of students sponsored by The Bill Munday School of Business at St. Edward’s University successfully competed in the first-ever Social Media Competition at Ball State University in Muncie, Indiana, where they took home second place and the Most Creative Team award. Team members included Yasmine Acebo ’19, Elizabeth Steele ’19, Kyle Hayes ’17 and Andrea Garza ’16. I was proud to act as faculty sponsor and coach. Here’s what we learned.

Lesson 1: Preparation Is the Key

The team started working on their assignment last fall by submitting a video outlining their proposed solution to the case on Dec. 1, 2015. We were notified earlier this year that we were selected as one of the top-six teams and made plans to travel to Muncie to compete with teams nationwide.

The students applied their skills in social media marketing to a unique case involving a first-of-its-kind hotel, which provides training and employment opportunities for people with disabilities. The topic of the case competition was one that resonated with our St. Edward’s University students by appealing to their strong sense of social justice.

The challenge to the competing teams was to develop a social media campaign to attract people to the hotel property and hire graduates of the program. Our team’s video submission focused on telling the stories of the individuals at the institute, many of whom are able to now work in the community as a result of this training.  Some are even able to live independently for the first time.

Lesson 2: Draw on Your Strengths

The team learned their social media savvy in my marketing classes and through individual coaching. They drew on their own skills in video production to tell the brand story of the institute through the lives of the people it has touched, then continued that story on other platforms such as Facebook and Twitter.

This strength in video production held the team in good stead when it received its first competition assignment on Friday night. After a presentation by The ARC of Indiana, each team was asked to provide a sample creative piece. Quickly springing into action, they created a video highlighting the training facility, which they used in their presentation the next morning.  The teams were evaluated by those working in the industry and several professors from Ball State University. We found out after the first round that we had made it to the second round that afternoon.

The second round’s assignment was to come up with a strategy to overcome a negative situation that had occurred at the hotel. The team had a half hour to read their scenario, create presentation slides and develop their presentation. This short time frame intensified the competition.

I watched with nervous excitement as each team presented via video link to our main meeting room. The competition was intense, and I could tell it was going to be close. After a brief consultation, the winners were announced.

When the results were announced at the end of the day, a well-spoken team from Berea College took first place, and St. Edward’s University took second. There was an award for best overall strategy, and St. Edward’s took another prize for most creative approach. We were the only team to earn two awards. The students earned cash prizes for their efforts but also gained valuable experiences. The challenge drew upon all their skills learned in their courses at St. Edward’s and various extracurricular experiences. I was particularly impressed by their knowledge and use of branding in their response.

Lesson 3: Use Competition to Build Your Network

Melanie Howe from Addition Avenue Marketing gave tips on how to build confidence by changing body language and using deep breathing techniques. (Think Superman Pose.) She also said that the students in the room were part of the “it” club because they  get  “it.” By this comment, she meant that the students who compete in these types of events are more likely to get a job in their field after graduation (75% more likely, according to her). Working on a real-life scenario, particularly under such tight time frames as that of the competition, truly mimics the real-world scenario.

I agree that our team had these skills. We have recently revamped our curriculum to include digital marketing in all our courses. Steele and Acebo received a sound grounding in branding as well as social media marketing in my Principles class, and Hayes has been in both my Digital Marketing and Social Media Marketing classes. Garza has benefited from the liberal arts background at St. Edward’s as well as her business education.

Andrew Lamping from Cyclone Social challenged the students to be “remarkable” and to consider themselves worthy of employment in many outside organizations because of their skills in social media. He said that not only did the students in the room know how to operate today’s connected devices, but they had learned through their education how to identify target audiences and craft effective campaigns. They understand that social media marketing is not just about tweeting but about creating loyal customers.

We wish to thank the Marketing Department at Ball State University, particularly Department Chair Susan Mantel and Professors Eric Harvey and Rebecca VanMeter for their hard work in obtaining sponsors and organizing the competition. The students went home with cash prizes totaling $620 and are far richer in terms of their experiences.

The feedback the team received on their strategy provided the students with valuable learning on how to create and implement an effective social media marketing plan. Many thanks to Dean Nancy Schreiber and St. Edward’s University for allowing us to compete and succeed on the national level. We have just revamped our Marketing curriculum to focus on digital marketing, and this type of success demonstrates that these changes will benefit our students in the workplace.

Debra Zahay-Blatz is professor of Marketing and chair of Marketing, Entrepreneurship and Digital Media Management at St. Edward’s University.

From St. Edward's to Google