Swimmer Ricky Berens makes the leap with the help of the St. Edward’s MBA program 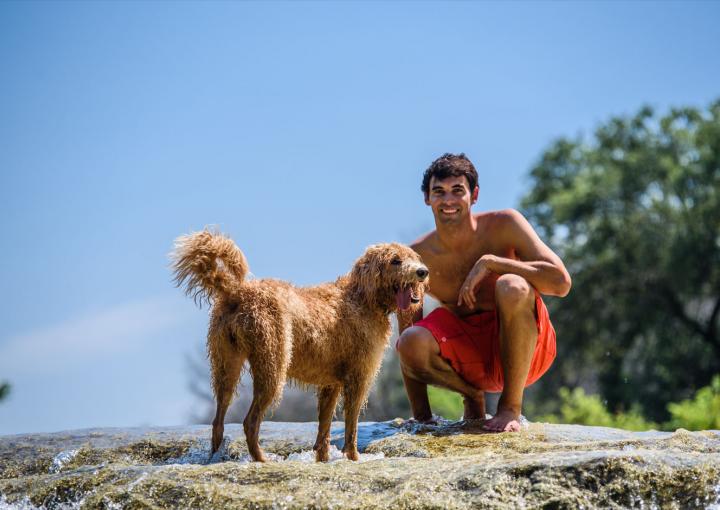 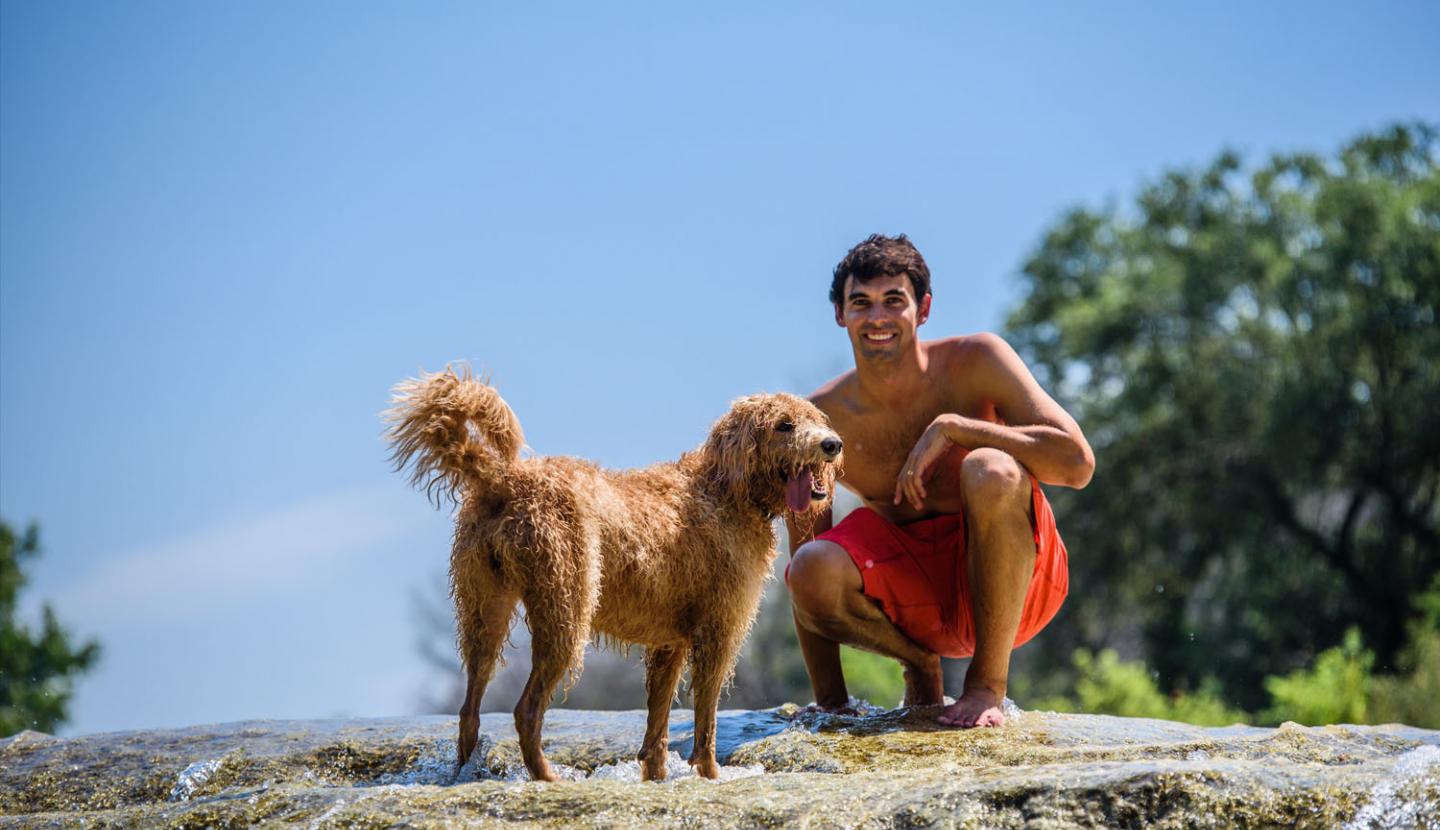 For the better part of two decades, Ricky Berens MBA ’16 was in the water. The Charlotte, N.C., native started swimming competitively at age 9 and at 14 broke Michael Phelps’s national record in the 200-yard butterfly. During college he swam for The University of Texas, where he served as captain his senior year when the team won the NCAA championships. 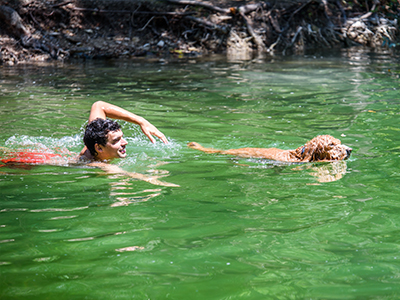 Berens competed at the Olympics twice: in Beijing in 2008, the summer after his sophomore year of college, and in London in 2012, after graduation. The competition was sometimes an emotional roller coaster. In 2012 Berens got a chance to swim the individual 200-meter freestyle when his star teammate Phelps opted out of the race. Berens swam well in the preliminaries but missed making the finals by a tenth of a second — “it was the biggest heartbreak,” he remembers. Two days later, he faced the same course again, this time as part of the 4x200 freestyle relay team. Berens shaved a second and a half off his time, helping the team win gold.

“My first Olympics went by in a blur,” Berens says. “I was young and immature, and I never took the time to just sit there and absorb what was going on. In 2012 I realized it was going to be my last Olympics and that I needed to remember this moment. After the freestyle relay, and when I was standing on the medal podium, I was just looking around, taking it all in.”

Berens retired from swimming in 2013 at 25 years old. He left the sport with a host of extraordinary experiences, but not the type that employers were necessarily looking for. He started working for the athletic department at UT, cultivating donors and arranging events, before joining Austin-based pet food startup Nulo last fall. The six-year-old company markets its high-protein, grain-free products to consumers who live an active and healthy lifestyle and care about nutrition, who also tend to be more conscientious about what they feed their companion animals. 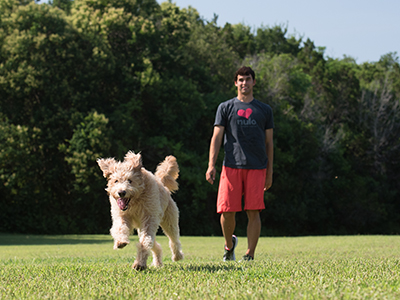 Berens chose the MBA program at St. Edward’s to help him transition to the next phase of life and find a career he can excel in as much as swimming.

“I swam for 20 years, and that was basically all I knew my entire life,” he says. “Now I’m learning the business world, learning what it’s like to go to a job. It’s a whole new set of goals and challenges.”

Those challenges have Berens thinking about one day starting a business to help other athletes move from professional sports into business. He’s seen other retired athletes struggle transitioning out of the sport, in part because they’re unsure how to make the leap to something else.

“While I was swimming, I was ‘Ricky Berens the gold medalist swimmer,’ but now it’s time to become ‘Ricky Berens the businessman,’” he says. “When I walk into a room I need to be ‘Ricky Berens, the guy who can get things done — oh, and by the way, he won an Olympic gold medal.’ So now I focus on finding that new identity. I’m not putting the Olympics behind me because I’ll always keep that close — but I want to build on that and move forward.”

Why Tell Your Boss About Grad School

6 Questions for Building Your Ethical Foundation

4 Differences Between Managers and Leaders