28 Students Bring Back Lessons (and Photos) from Their Journey

The Class of 2019 arrived at St. Edward’s asking big questions about justice and mercy and how those issues relate to race. After a year of exploring those themes, 28 newly minted sophomores and three faculty members traveled to South Africa for two weeks that juxtaposed beauty and tragedy, violence and forgiveness. Here are photos and experiences from their trip.

The grandeur of South Africa is self-evident to anyone who climbs Lion’s Head mountain or hikes the Cape Peninsula. Less apparent are the scars left on the nation by apartheid, a system of racial segregation enforced by the government until 1994. To understand how the division between blacks and whites shaped the country’s society and culture — and how the nation has attempted to heal itself — you have to talk to South Africans.

In May, the students from St. Edward’s did exactly that during a trip to Cape Town, the country’s second-largest city. They explored townships where longtime black residents were evicted by the government to make way for whites. They visited a prison where Nelson Mandela and other dissidents were locked up for decades. And they spent three days working with a nonprofit founded on forgiveness. They also soaked in Cape Town’s cosmopolitan culture and ogled wildlife on a safari. 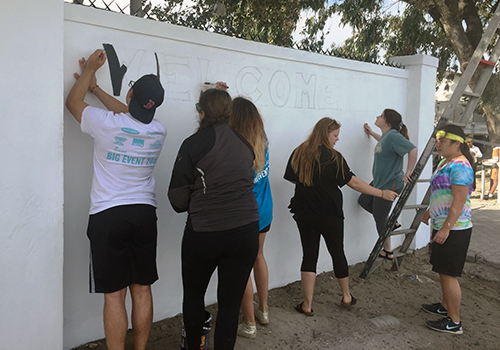 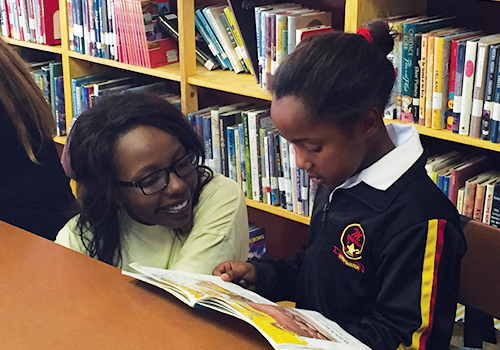 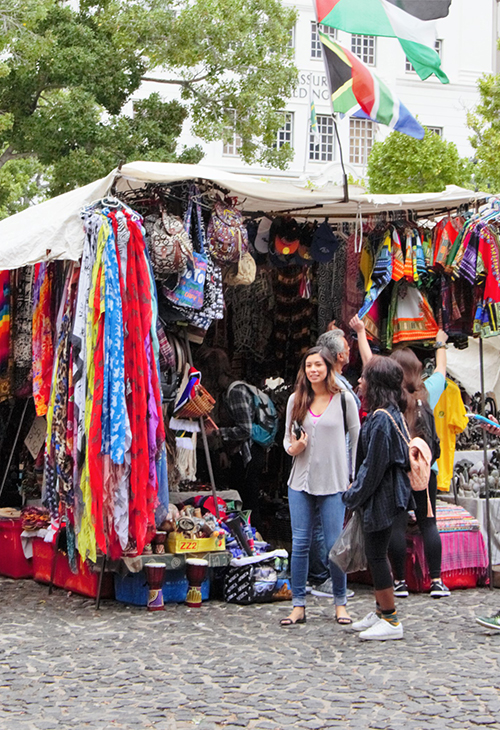 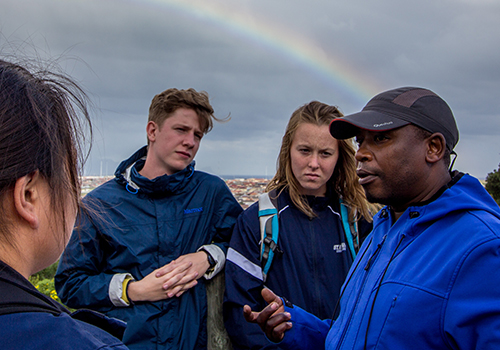 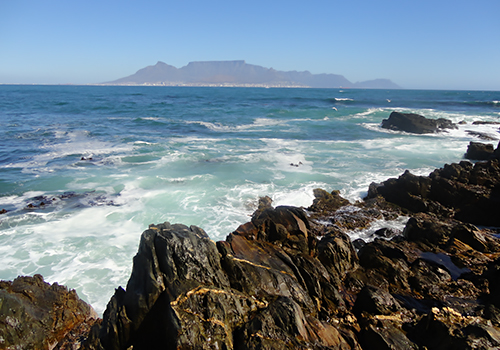 At the Amy Biehl Foundation, a nonprofit that empowers youth living in challenging parts of Western Cape, students connected with children in the organization’s after-school programs, worked in gardens, painted a school sign and spruced up a playground. The conversations they had there were extensions of discussions about justice and compassion that had begun on campus the previous fall.

The incoming Class of 2019 read Just Mercy: A Story of Justice and Redemption, a bestselling book by lawyer Bryan Stevenson, the founder of the Alabama-based Equal Justice Initiative. The book examines racial inequality in the American judicial system and was particularly relevant as questions about race and injustice surfaced again and again in current events.

Two classes — one in literature and another in global studies — were also offered to incoming students who wanted to delve deeper into the issue of racial reconciliation. The courses culminated in the trip to South Africa. 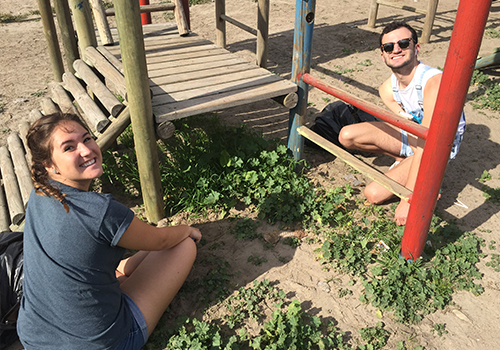 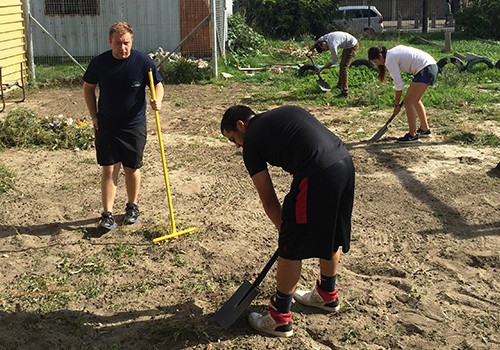 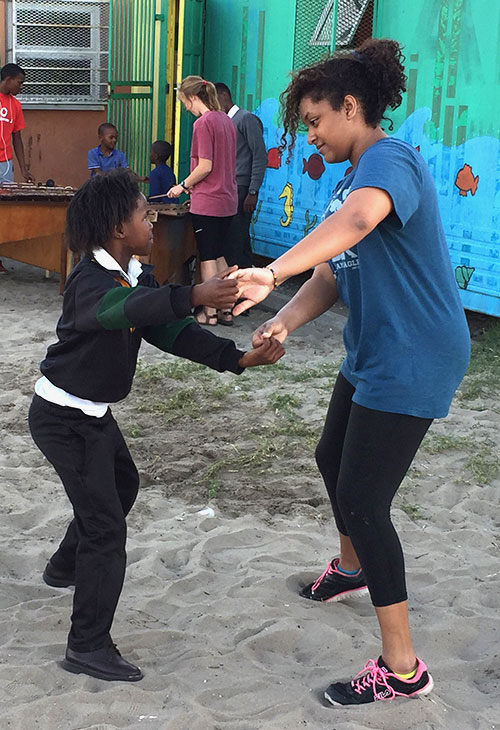 English major Lilli Hime ’19 contrasts South Africans’ willingness to talk about their racially riven past with what she sees in the United States. “It was as if they said, ‘We’re not going to push it away or forget this history. We’re going to memorialize it so we don’t repeat it,” Hime says. “When I consider the racial problems we’re having in America today, I think our unwillingness to address them in the past is what has led us to where we are now. America has chosen not to deal with its racial history.”

Touring sites like District 6, where black residents were once forcibly removed to townships by the government so white citizens could build homes, and Robben Island, where Nelson Mandela was imprisoned for 17 years, was truly eye-opening, says Theater major Sierra Boudoin ’19. The tours were given by individuals who had experienced violence or imprisonment firsthand. “I was surprised that they weren’t angry and bitter,” Boudoin observes. “But when I asked one of our guides, he said, ‘The more I tell our story the more I heal.’” 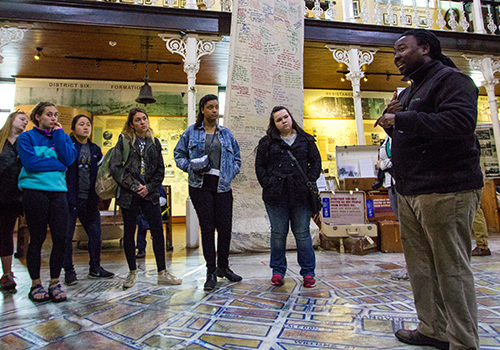 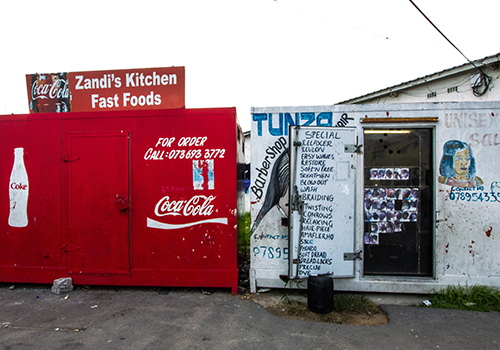 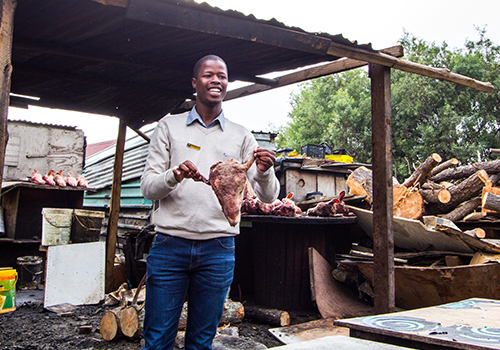 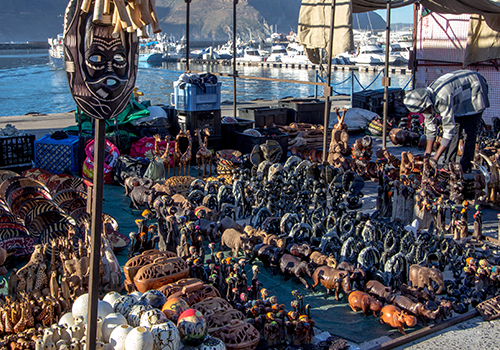 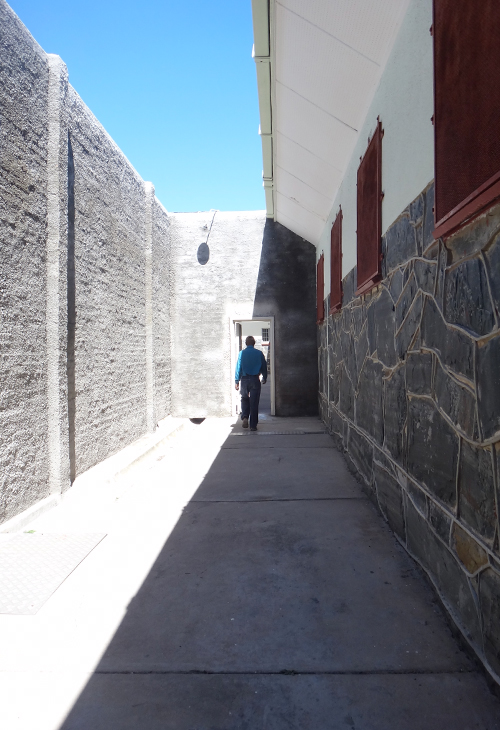 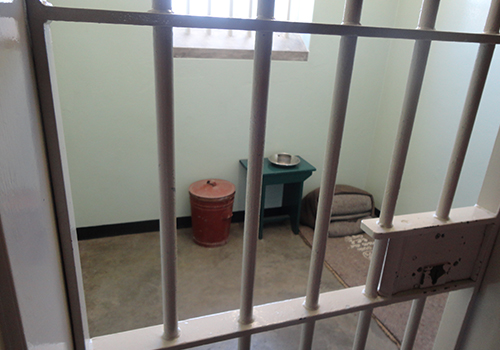 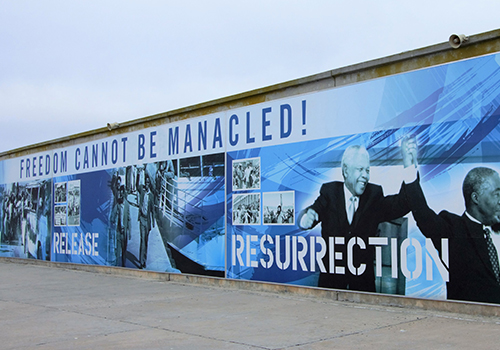 Students also discussed the work of the Truth and Reconciliation Commission, which attempted to bring to light the injustices of the past — even if it didn’t always result in punishment for the perpetrators. Boudoin says the commission’s work clearly had a positive impact on South Africa, but a divide still exists, with many poor blacks on one side and rich whites on the other.

She and her classmates observed the sheer scale of that divide from a vantage point overlooking Khayelitsha, Cape Town’s largest township of 2.4 million residents. On that day, an optimistic rainbow arched its way across the horizon of endless rooftops.

The trip, Boudoin says, helped her realize that societal change is difficult and often takes decades to have an impact. “The only way we can find a way to change is if we try. But trying takes time — a lot of time — and we’re just getting started.”

Decompressing in the Wild

Midway through the trip, a day spent at the Aquila Game Reserve provided a chance to relax and reflect amid some of the country’s most scenic landscapes and legendary wildlife. The 25,000 acre conservancy in the southern Karoo region revealed another form of positive change underway in South Africa: the preservation of endangered animal life and wilderness areas. 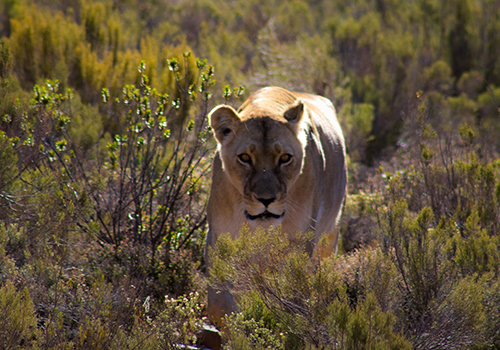 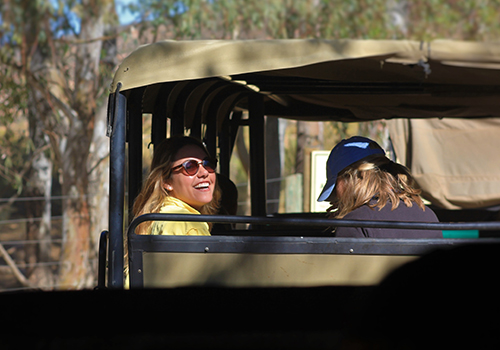 The contrasts between experiences on the trip were hard to reconcile at times, says Sam Griffith ’19, an English Writing and Rhetoric major. “Like knowing how the dollars we spent for dinner one night could go a long way toward the education of a child at the Amy Biehl Foundation. Or realizing the trendy restaurant we were sitting in was in an area that used to be the home of families forced out by apartheid. We talked openly and often about issues,” he says.

Those conversations, with South Africans and each other, found their way into every activity, be it a stroll through a street market, a boat ride to Robben Island or a hike up Cape Point. For Griffith, they shaped what he values most about the trip: having his perspective challenged. “My time in South Africa is something I’m going to appreciate every day and struggle with every day,” he says. “And for sure, it’s something that’s going to motivate me every day to stay connected to that experience — and to do more to make a difference.” 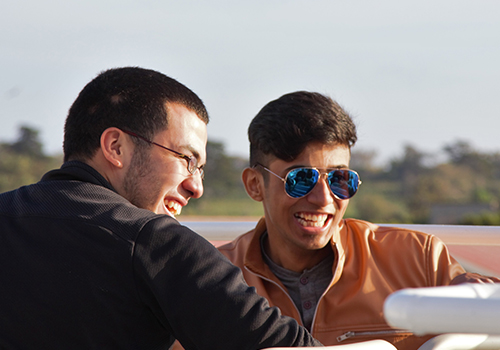 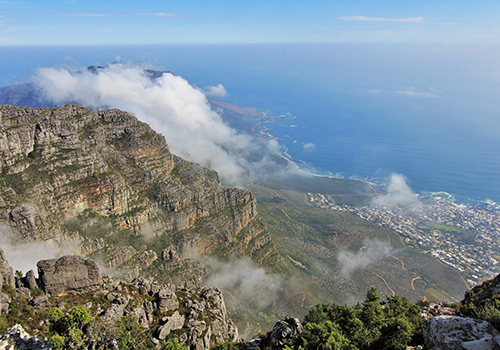 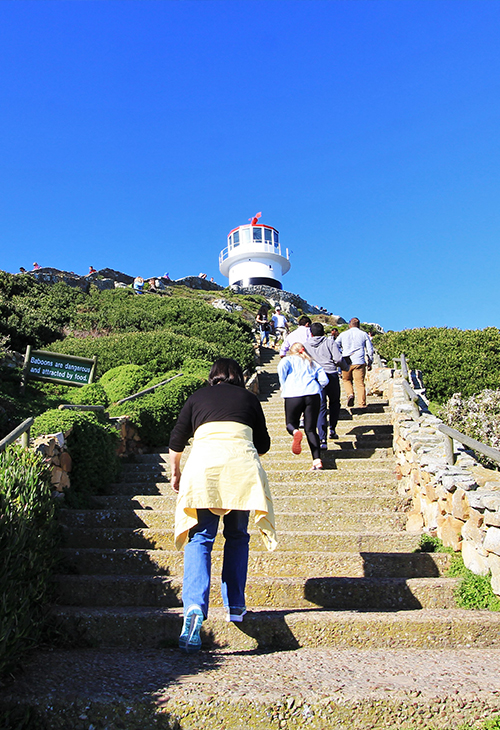 By Joel Hoekstra
Photography by Jennifer Ansier and Sharon Nell