For nearly two decades, Professor of Photocommunications Joe Vitone has photographed members of his extended family in Ohio: ordinary people depicted in striking, unsentimental portraits. As aesthetically interesting as the photographs are, he considers them primarily a way to record history, both of the family and the region.

Vitone teaches his documentary photography students the same techniques that have landed his work in the Smithsonian Institution: how to compose a photograph, interview the subjects about their lives, and combine that information with background research in a thoughtful caption. In the process, students learn to focus not only on the specific image they are creating, but on its cultural context and wider significance. 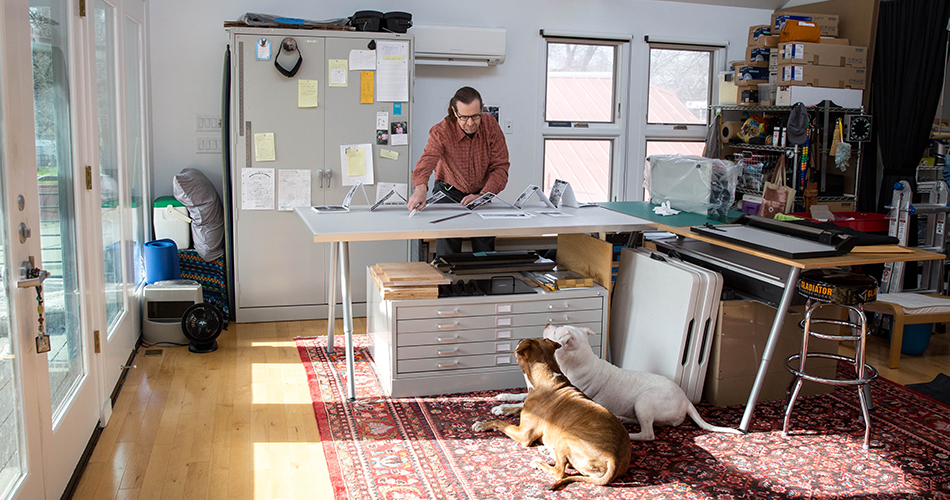 The two preteen boys pose, unsmiling, dressed in military fatigues that pile around their ankles. Both hold what appear to be AR-15 rifles; because this is a black-and-white picture, the viewer can’t see the orange caps indicating the guns are toys. Behind them, family members relax on lawn chairs and dining chairs dragged into the backyard. The caption for the 2006 photo explains that since the 9/11 terrorist attacks, many area children want to join the military and “play war” with such costumes and weapons. It also explains that the building in the background is the government-subsidized rental house where one of the boys lives with his mother and half-sister. They moved there after the mother broke up with the father of her second child, who had started spending his paycheck on drugs. 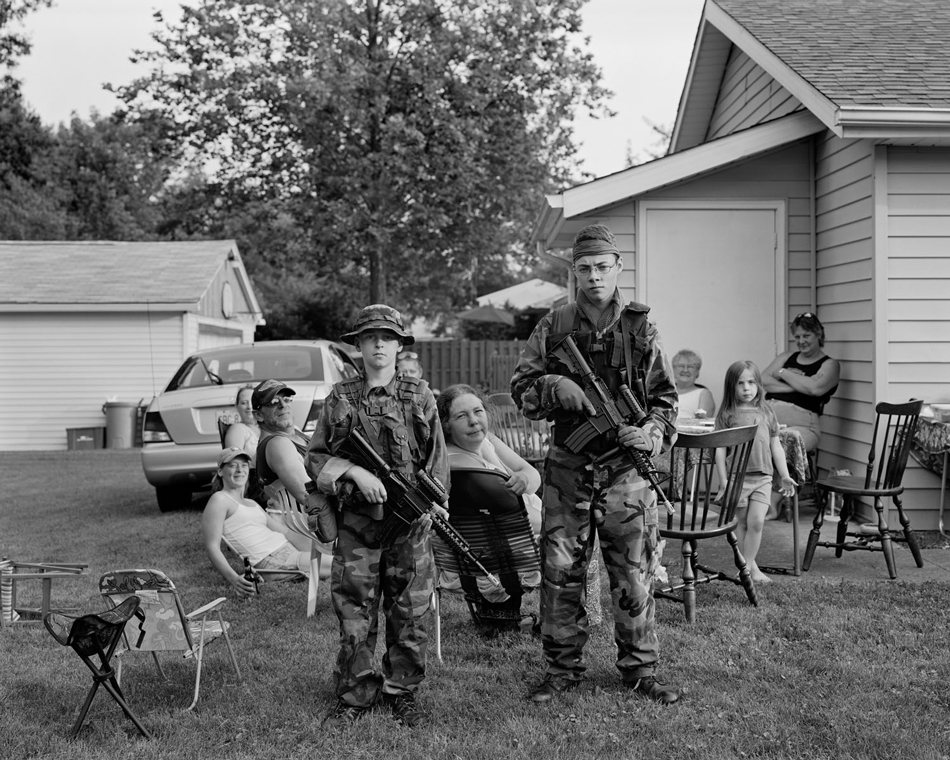 For 19 years Professor of Photocommunications Joe Vitone has traveled to northeastern Ohio to photograph his extended family and the family of his wife, Sandra, whose grandson is one of the young soldiers. The series, Family Records, documents the changes that unfold over time in individual faces and in the composition of families as relationships form and dissolve, babies are born and elders die. It also depicts a piece of the Rust Belt where economic opportunity has shrunk and substance abuse is on the rise.

“The pictures are titled Family Records, but to me they’re very much a story about working-class Ohio,” Vitone says. “It seems like somebody needs to celebrate the uncelebrated; somebody needs to be the portrait photographer for people that are not rock stars or presidents.” 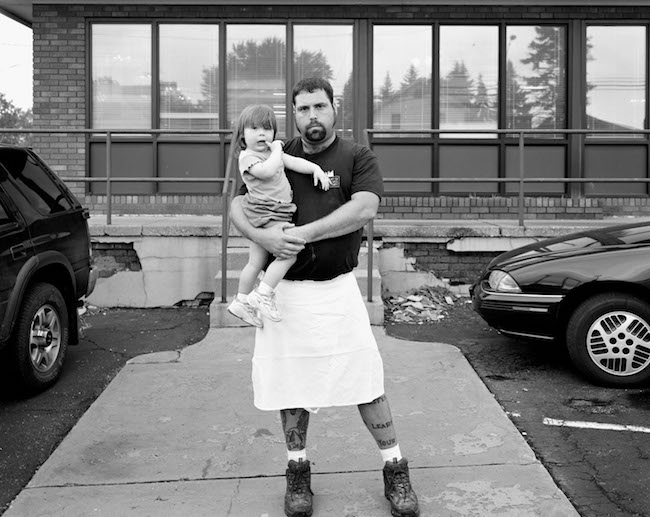 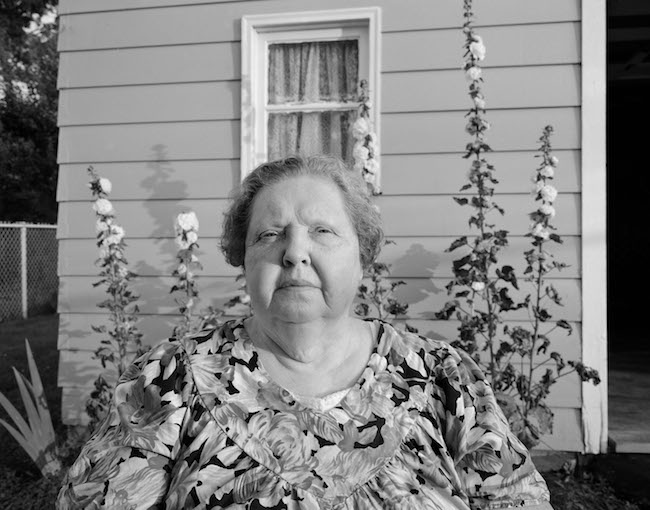 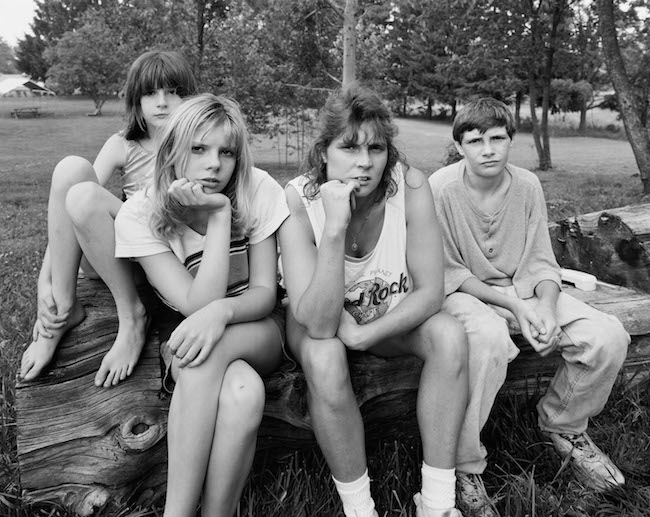 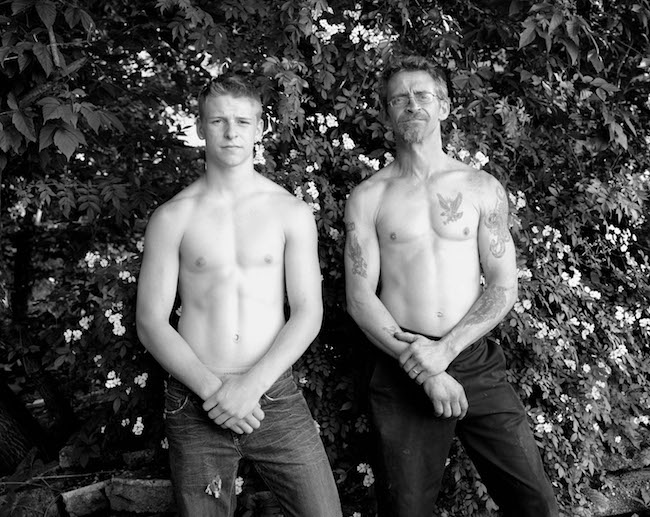 Vitone grew up in the predominantly Italian neighborhood of North Hill, about 3 miles from downtown Akron. As a child, he would wake to a yellow sky and the smell of burning rubber from the tire factories. The men of his community would put in long shifts in the plant, making tires amid the heat and odor, but the jobs were reliable and could support a family. Over the years, production shifted to other countries, and the factories closed. By the time Vitone graduated from high school, he estimated, a third of the men were out of work.

Some of the people in Vitone’s portraits have found stable jobs in light industry or in healthcare. Many others have struggled with addiction to prescription painkillers, heroin, crack, methamphetamine or alcohol. Several of his female subjects gave birth in their teens, raised the baby with help from their own mother, and later had another child by a different father. Taken together, the portraits show the joys and sorrows of several generations: partners come and go, children grow up, adults wrestle with illness and substance abuse, families convene for weddings and summer backyard parties.

Vitone presents the images and stories without judgment. “They’re really good people and close to my heart. I look at them with a whole lot of affection. And if not for the grace of God, there go I,” he says, adding that attending Archbishop Hoban, a Holy Cross high school in Akron, helped him envision a future that included higher education and a different kind of life. 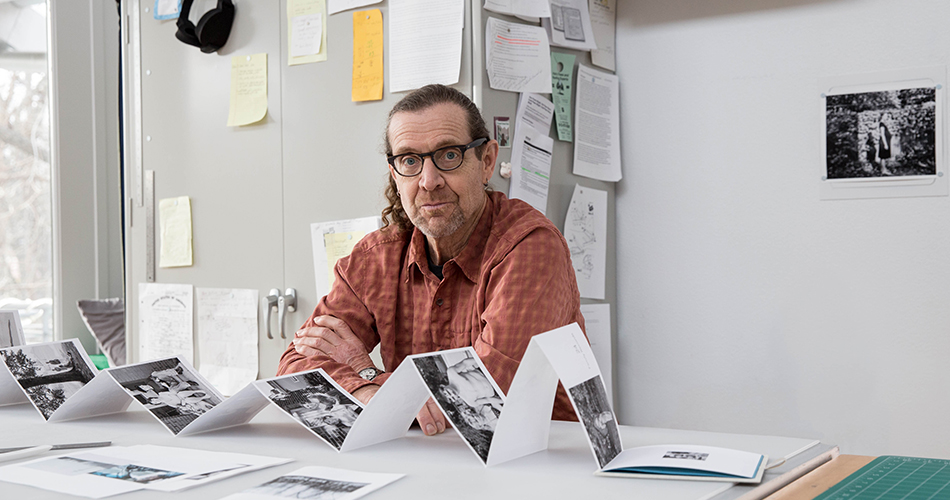 Vitone says his subjects feel flattered to be photographed and proud that their likeness has been displayed around the world. Images from Family Records have been exhibited at the Smithsonian Institution National Museum of American History and in Vitone’s overseas lectures.

In an age when many family pictures are taken with smartphones, Vitone makes his photographs with a view camera, a type of large-format camera that involves an old-fashioned posing and shooting ritual. The camera rests on a tripod, and Vitone focuses it with a cloth over his head. He then steps back and takes the picture standing beside the camera, rather than behind it, with nothing between him and his subjects.

Family Records is an ongoing project, and Vitone returns to Ohio each summer to spend up to a month photographing his and his wife’s families. Since 1998 he’s amassed thousands of negatives, which he’s distilled into a 44-image gallery on his website. Even though Vitone does not appear in any of the photos, he nonetheless considers himself a part of the series.

“For me,” he says, “this is just as much a self-portrait, because it’s where I’m from and who I am.”

7 Classes We Wish We Could Take

Listen Up, Speak Up