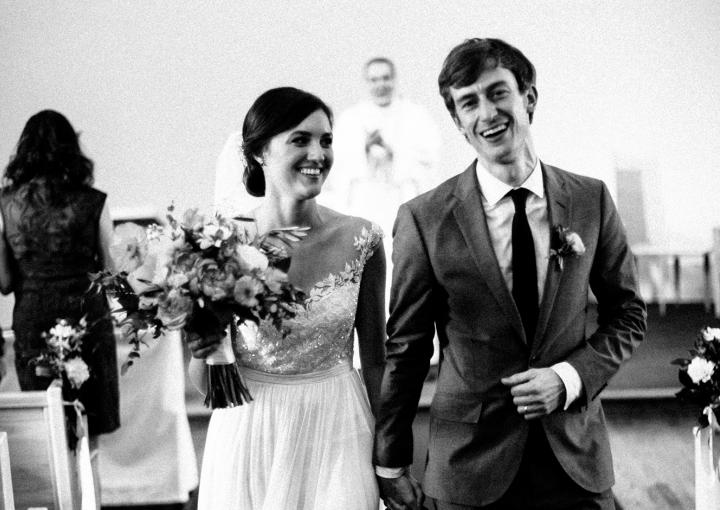 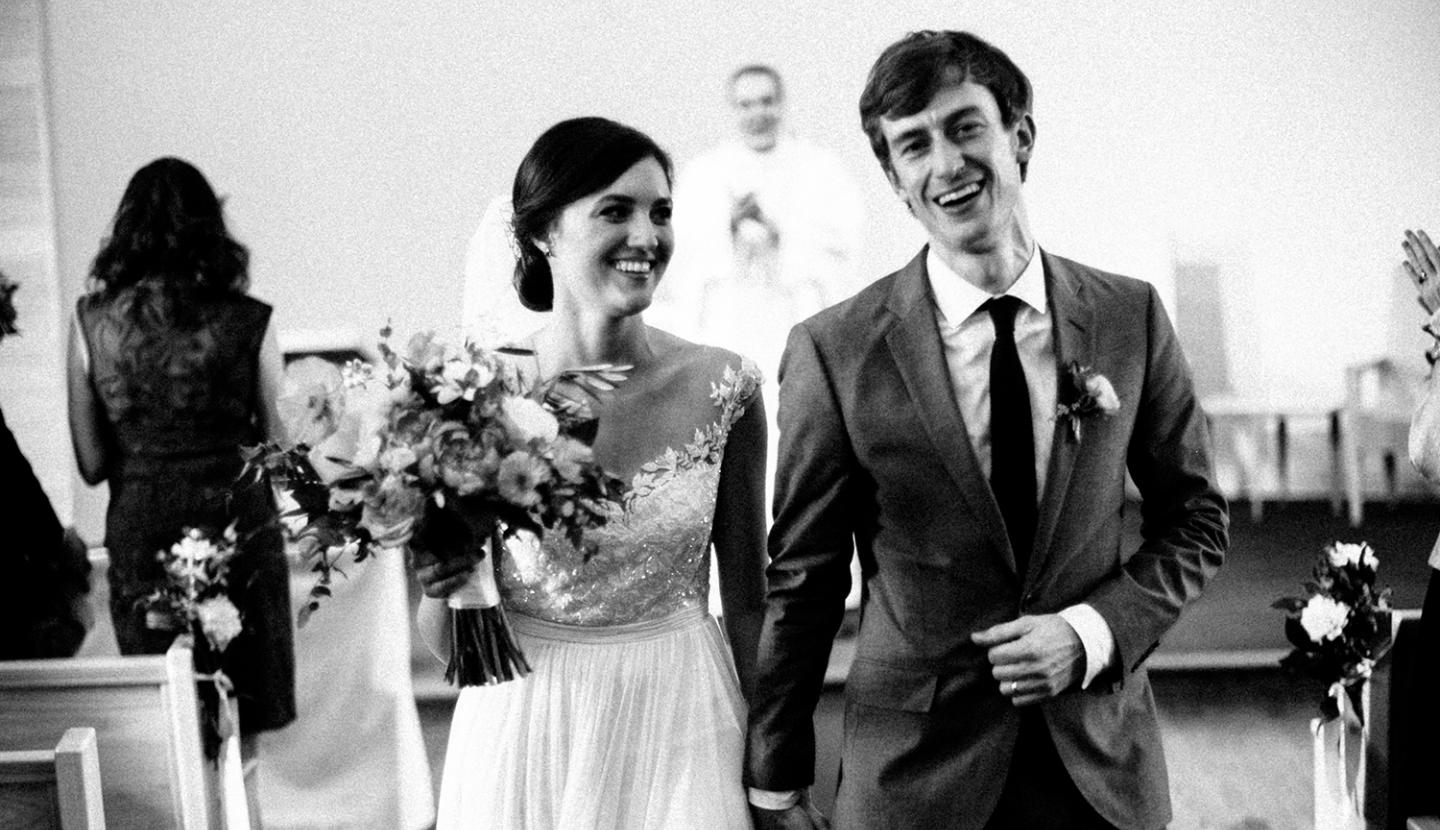 The connections made at St. Edward’s University are lifelong, especially for the couples who say “I do” at Our Lady Queen of Peace Chapel. Share your St. Edward's love story on social media using #LoveontheHilltop 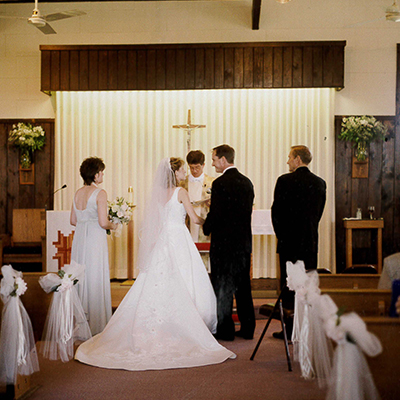 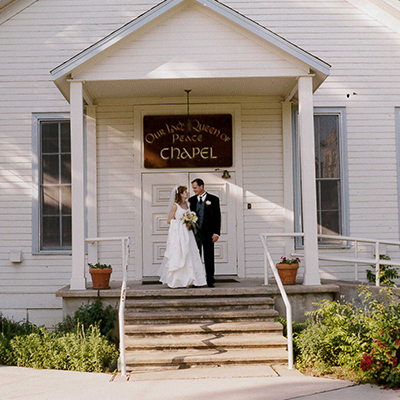 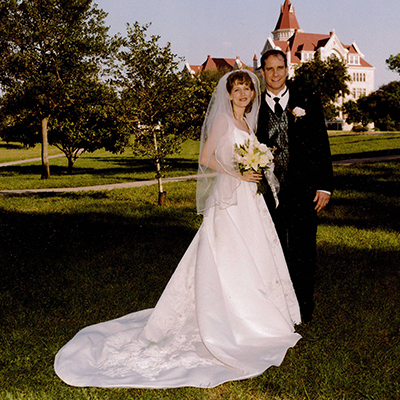 Stan and Danica Dailey Frampton ’86, MAHS ’94, who is the director of Institutional Research at St. Edward’s, met through mutual friends.

Danica: Stan worked with two of my former classmates at the Texas Department of Economic Development. Philip Rocha ’87, whom I met as an undergrad, told him about me, and my friend Victoria Jacques MAHS ’92, whom I knew from graduate school, said she had someone I needed to meet. Vicki introduced us over lunch at Guero’s Taco Bar, and Stan and I had our first date two days later.

Stan: After that lunch, I told Phil, “I’m going to marry that girl.”

Danica: The chapel has always been a part of my life. My mom (faculty emerita Virginia Dailey) taught here, and I, along with six of my siblings, graduated from St. Edward’s. There’s no question about where we wanted to get married. It’s the place I had attended baptisms, weddings, funerals and confirmations. It’s just home.

Stan: I grew up Southern Baptist but converted to Catholicism, and the chapel is where I got confirmed. I considered it “my chapel” from that point on.

Danica: To us, the chapel felt like coming home to a big embrace. 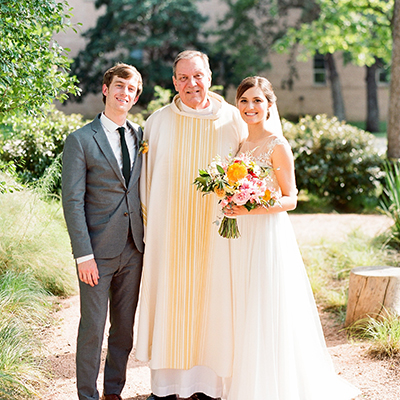 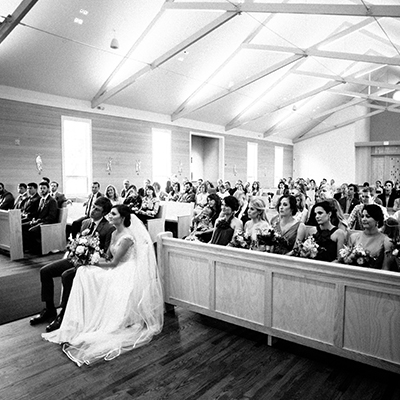 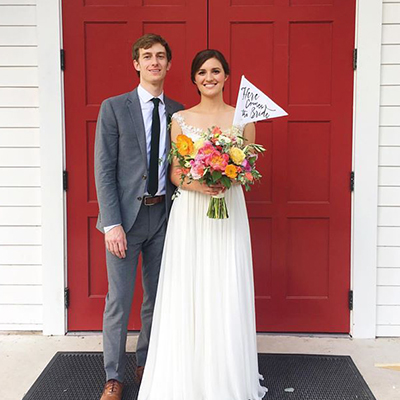 Tony Dutcher ’11 and Christy Amador ’12, who both studied Psychology, met in a Counseling and Guidance class in Doyle Hall their senior year.

Christy: I noticed him during icebreakers in class. I remember him standing up there for two truths and
a lie, and thinking, “He’s so cute.” I liked his red hair and beard.

Tony: I noticed Christy in class, but it took a while for me to get the courage to talk to her. She would sit in the Doyle courtyard, and eventually I started going to her table to bug her while she studied because I wanted to talk to her. We spent a lot of time there talking.

Christy: We wanted to get married in Austin. Tony’s from Dallas, and I’m from Houston. We moved back here to start our life. St. Edward’s felt like home to us because of how much time we spent in the library studying and in the courtyard. Plus, the chapel is adorable. We asked Father Lou Brusatti, who was Ashley Sokulski '11, my twin sister’s boss, when she worked in the School of Humanities, to marry us. He’s funny and a familiar person whom we wanted to do the ceremony.

Tony: Our initial spark started at St. Edward's, and it felt right to get married here.

Homecoming on the Hilltop 2017