She Calls on Zombies, Vampires and Game of Thrones To Teach Chemistry

What killed King Joffrey in Game of Thrones? Who is more powerful, zombies or vampires? And why can’t you build a Death Star? TEST

Assistant Professor of Chemistry Raychelle Burks has the answers — and her mission is to show that no subject is too far-fetched for science to tackle.

“The process of science — of thinking critically and asking questions, of collecting data, of making projections — can be done with science fiction as well as with something ‘serious,’” she says. “Science is part of our everyday life, and it explains everyday stuff, including fictional stuff.”

Growing up, the Los Angeles native planned to become a lawyer until her 8th-grade class took a trip to Washington, D.C. When the group attended a presentation with the FBI’s forensic scientists, she suddenly saw science in a different light. 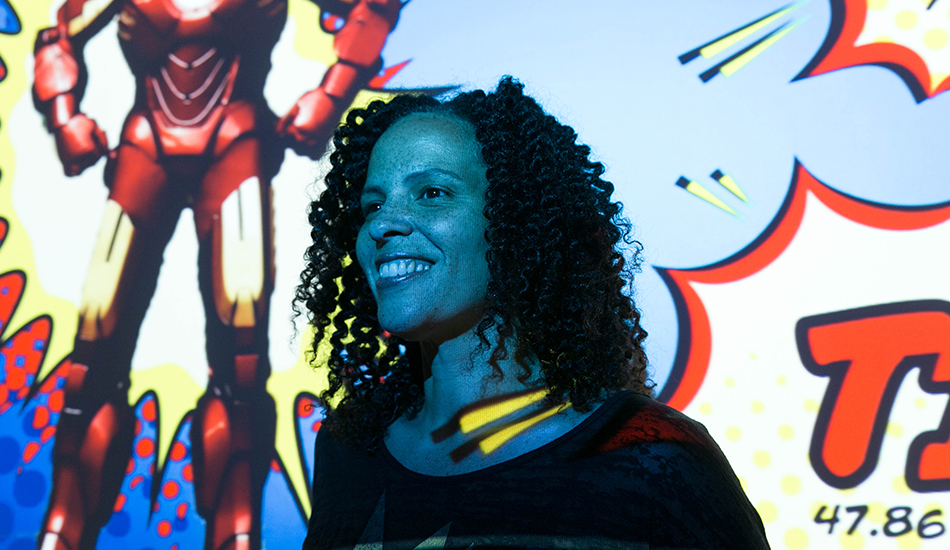 “When I saw this applied field, where it could help catch bad guys and could help free people, I realized science was eminently useful in an everyday way,” she says. Burks earned a master’s in forensic science and a PhD in analytical chemistry — a field she calls “the detective work of chemistry.” Rather than making things in the lab, analytical chemists find chemicals. After graduate school, Burks worked in a crime lab for a few years, an experience that informs her research. Her research group, which includes five students at St. Edward’s, is designing chemical sensors that change colors in the presence of particular substances like chemical weapons, explosives or illicit drugs.

But Burks doesn’t confine her work to the lab. She’s appeared in three seasons of Outrageous Acts of Science, the Science Channel show that investigates the science behind wacky videos people post online. And she has hosted American Chemical Society “Reactions” videos, which answer everyday scientific questions and out-of-this-world pop culture conundrums — like why roses smell sweet, why too much stress is bad for people, and, yes, whether it’s possible to build a Death Star.

“Sometimes science is taken too seriously, but you can use it to explain anything,” Burks says. “And that’s the fun part. There are people who study the science of which way should you brew coffee for maximum ‘coffee-ness,’ and I think that’s just as important as having a conversation about the Higgs-boson subatomic particle. I have the most fun when I’m talking about things that might be the most ridiculous, because people aren’t expecting you to have a formal scientific presentation about, say, why zombies are superior to vampires.” 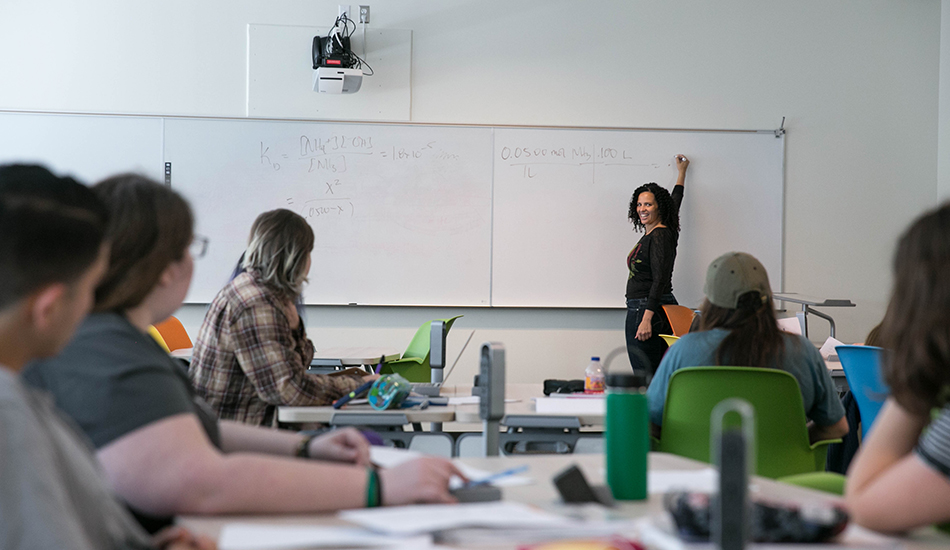 The self-described “huge nerd” — Burks loves comic books, Walking Dead, Star Trek and Star Wars — integrates her love for sci-fi and horror with her love of science. She attends genre conventions like Dragon Con, where she has moderated a panel on “Science of Game of Thrones,” and GeekGirlCon, where she manages the DIY Science Zone.

And she brings pop culture references into the St. Edward’s classroom when she can. “I relate to science in that way, and maybe my students can relate to it that way, too,” she explains. Burks uses examples from Breaking Bad, Alien and Predator when talking about acids and bases — and she punctuates her lectures with GIF or clips.

In April, Burks traveled to Los Angeles for a “science speed-dating” event at the Science and Entertainment Exchange, which connects scientists with writers, actors, directors and producers. By consulting on projects like TV shows and movies, scientists help the entertainment industry portray scientific concepts more accurately. For instance, a chemist provided consulting for Breaking Bad; a theoretical physicist consulted on both Thor movies. Burks, too, may consult on a project in the future.

By making science accessible, Burks reaches people who, like her 8th-grade self, just need an invitation to think about it in a new way. “The pop-culture topics bring science to a wider audience,” she says. “They demonstrate that science isn’t something hidden away in a lab only for experts.”

Burks has been selected as a U.S. Young Observer for the 2017 International Union of Pure and Applied Chemistry (IUPAC) General Assembly and World Chemistry Congress in Sao Paulo, Brazil, where she will present her research on the colorimetric detection of compounds using specially designed test arrays and color image analysis software. The Young Observer Program introduces the work of IUPAC to a new generation of distinguished researchers and provides them with an opportunity to address international scientific policy issues.