It's a jungle out there — an urban jungle. And the proof is in the pictures, thanks to the Wild Basin Creative Research Center at St. Edward’s University.

Wild Basin is leading Austin Wildlife Watch, the city’s biodiversity monitoring initiative, by installing 26 motion-sensitive cameras in green spaces across the city, from Emma Long Metropolitan Park to the Onion Creek Wildlife Sanctuary. Students in the Environmental Science and Policy major and the Professional Science Master’s in Environmental Management and Sustainability program put the cameras in place each season and have helped identify the species photographed in more than 10,000 images — foxes, coyotes, deer, bobcats, armadillos and even a ringtail cat. The cameras will gather data in four months each year: January, April, July and October. 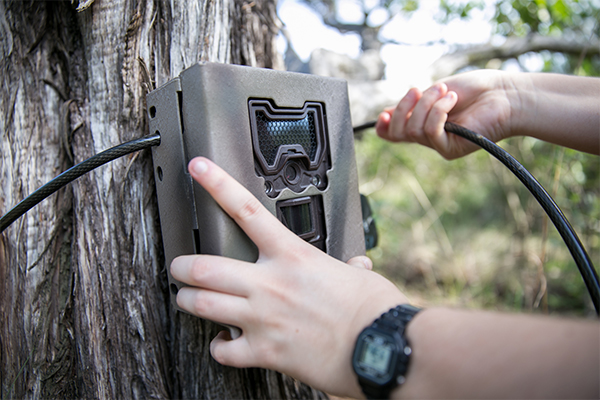 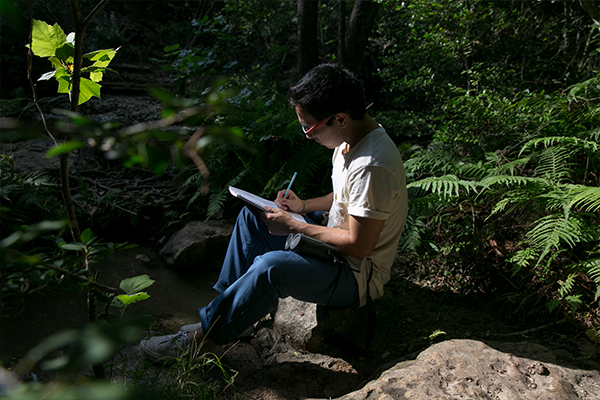 Austin and seven other U.S. cities are partners in the project, which is led by Chicago’s Lincoln Park Zoo. Called the Urban Wildlife Information Network, it’s designed to help communities “understand what urban areas across the country have in common, in terms of their wildlife populations, and what factors influence these local species,” says Barbara Dugelby, director of Wild Basin. Wild Basin coordinates efforts among the City of Austin, Travis County, Texas Parks & Wildlife, and Texas A&M University and will develop a website for the public to help identify species from the photos. The gathered information goes into a national wildlife database.

“The ultimate goal is to use our discoveries to inform local planning and land management efforts about how to make cities more wildlife friendly,” Dugelby says. A crucial step is involving the next generation of scientists and urban planners, like Aya Abdulqader ’18, an Environmental Science and Policy major who is minoring in Sociology. “Understanding nature is the most important thing — the more you discover, the more adventure and knowledge there is to gain,” she says. “You have to dig in!”