“Care” Is Her Guide 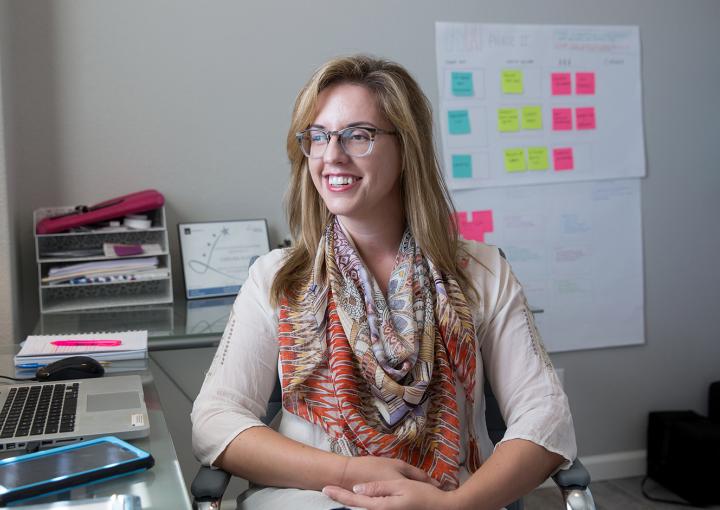 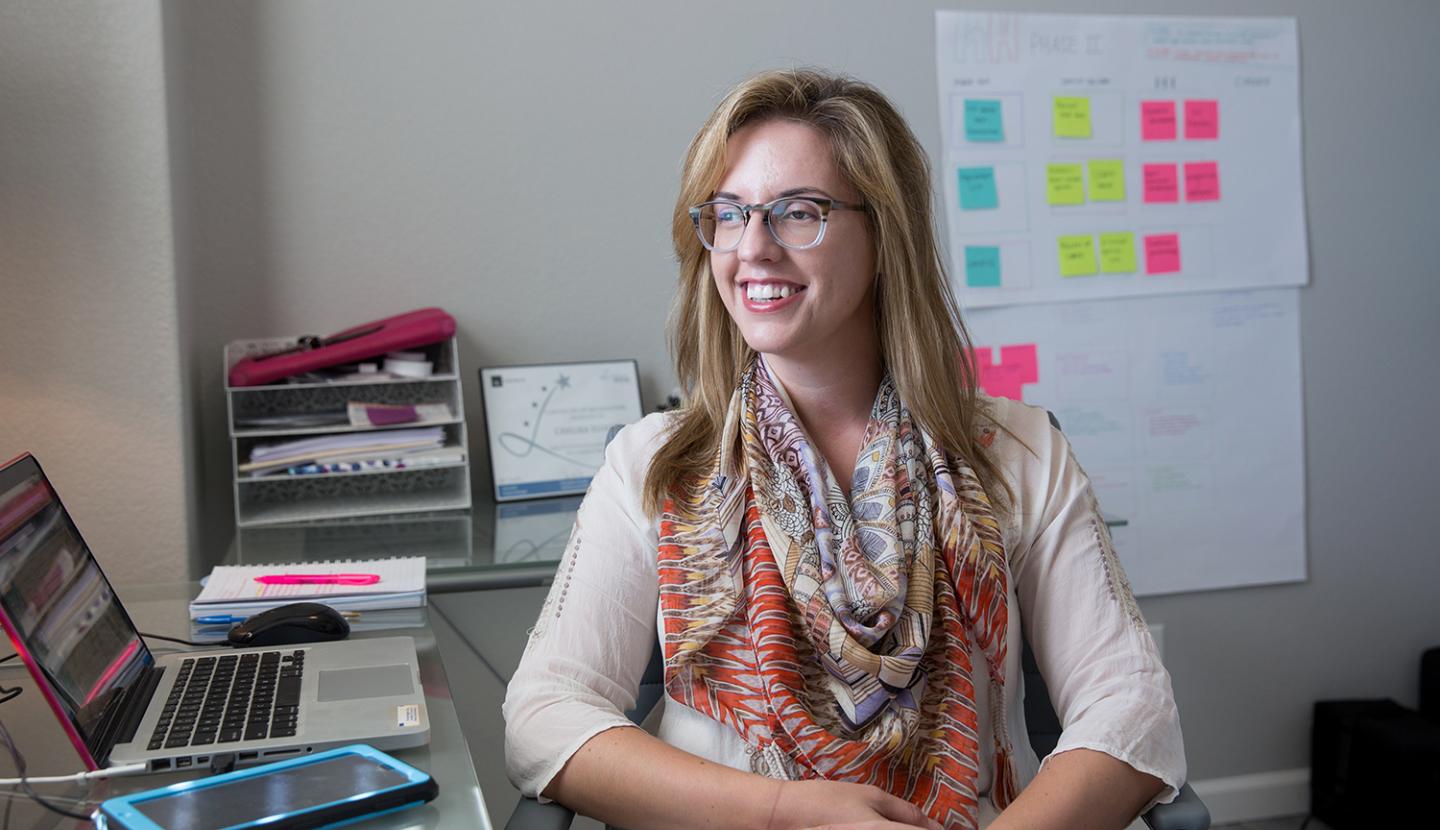 When she graduated with a bachelor’s degree in Communication, Chelsea Elliott ’12 had one goal — start a nonprofit to screen kids for the preventable vision and hearing ailments that had taken the sight in her left eye and the hearing in her right ear.

The newly minted grad did just that, calling her nonprofit the half Helen Foundation after her childhood nickname. (Since she is half-blind and half-deaf, she began calling herself “half Helen” Keller at age 10.) Today, Elliott has acquired five cutting-edge Spot vision screeners that can take 23 eye measurements in a matter of seconds. She has screened more than 35,000 children in two states and developed a treatment-tracking app thanks to a $100,000 grant from the St. David’s Foundation. In 2015, she was recognized as a CNN Hero, a program that honors individuals who make extraordinary contributions in the lives of others. She has recruited a board of directors, which included Former Dean Nancy Schreiber of The Bill Munday School of Business, and hired two full-time staff members. And during the last session of the Texas Legislature, she collaborated with Rep. Dennis Bonnen ’94 for passage of House Bill 3157, which approved the Spot screeners camera for use in Texas public schools beginning last fall.

The foundation’s success hasn’t come without challenges. “For everything I knew, there were a thousand things I didn’t,” she says. “Even though I could craft a message and tell a compelling story, I had no idea about things like finance and operations.” But thanks to the critical thinking she honed on the hilltop, she knew how to ask questions.

“I surrounded myself with people who believed in my cause as much as I did and brought skills and ideas that complemented my own.”

She also relied on something now-retired Professor of Philosophy Bill Zanardi used to say. “He would tell us, ‘Care is the mother of all things.’ I saw that at St. Edward’s every day in the care professors gave to students, and it’s my guide for every child I meet.”