Linda Armstrong examines the human genome for clues on how to prevent cancer. 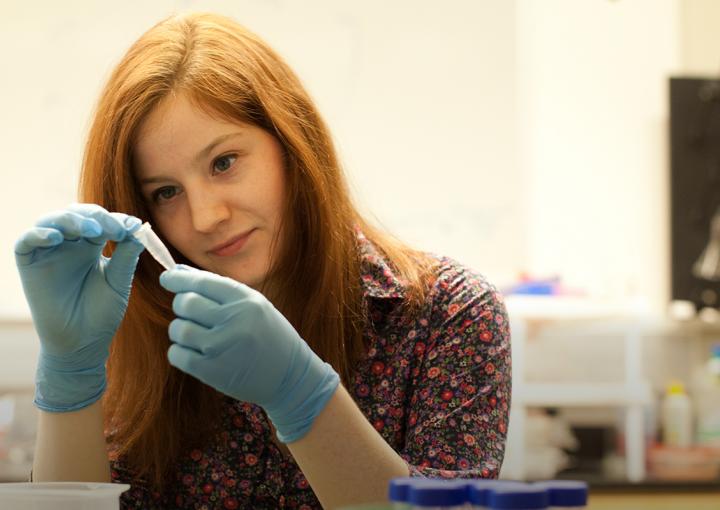 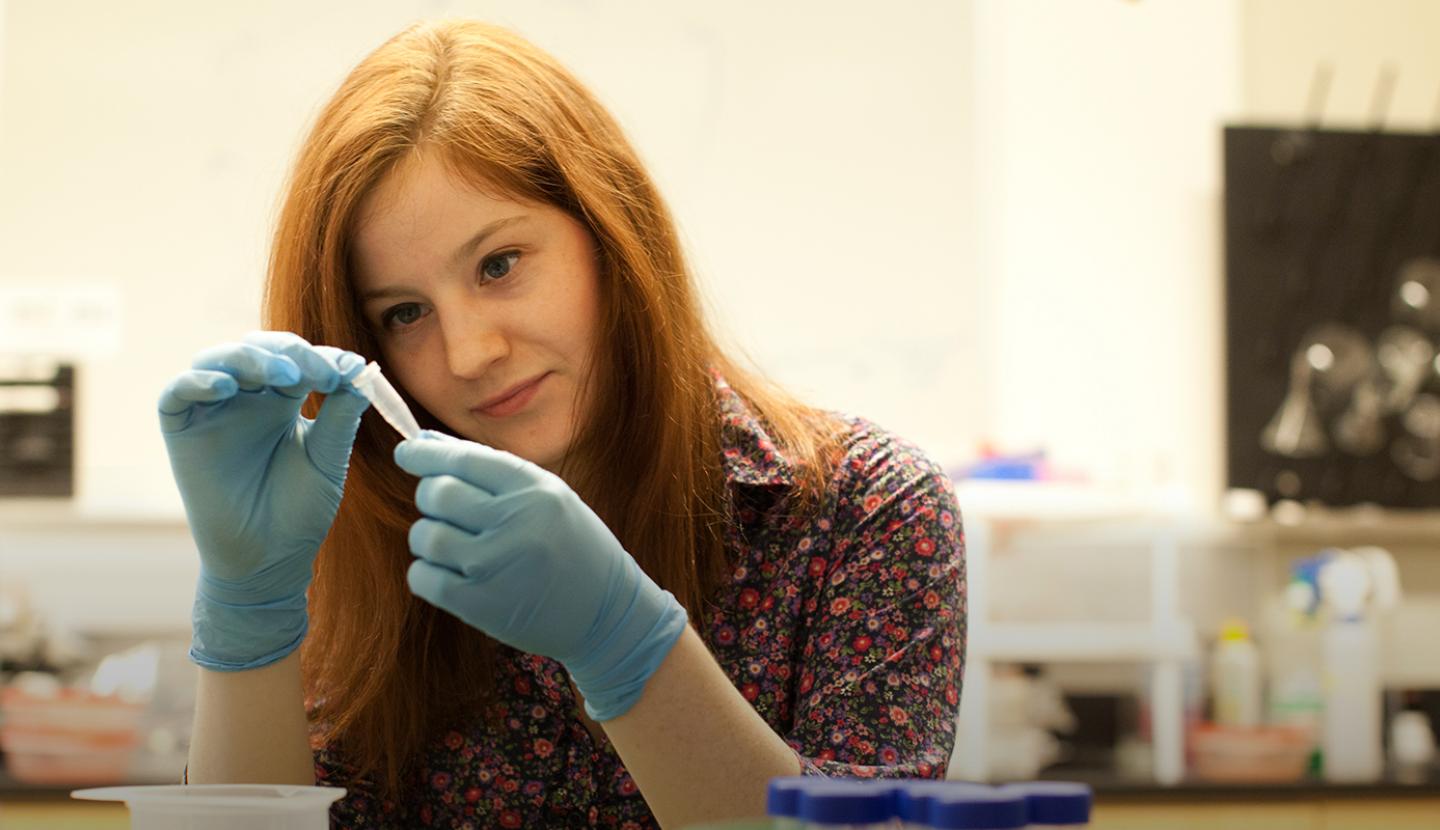 Last summer, Linda Armstrong ’13 (right) had the chance to participate in lab research for a cause close to her heart. And though she worked on only two variants out of millions in the human genome, she hopes her small part in the research will someday have a big impact on the prevention of colorectal cancer.

Armstrong, a Biology major, spent the summer conducting research at the University of Texas MD Anderson Cancer Center in Houston as a research fellow with the National Cancer Institute. She teamed up with a scientist researching genome variants in colorectal-cancer patients.

Armstrong has a personal interest in the subject: At age five, she lost her mother to colorectal cancer. As she got older, she became more curious about the disease and decided it was an area of study she’d like to pursue. “I think of this as ‘me-search’ rather than ‘research,’” Armstrong says. “I’m kind of doing it for myself, but I see the greater impact of helping wipe this disease out for everybody. I have an understanding of what this does to families, and I don’t want my family or others to have to go through it.”

Her passion for the subject matter made her eager to get to the lab every day, where she spent her time sequencing and identifying the genome SNPs — pronounced “snips,” which stands for single-nucleotide polymorphisms — to see how they varied. Then she and the lab staff used statistics to see if the variants were related to anything specific, like the age of onset. They identified the SNPs and predicted the risk and correlation to cancer.

“This kind of research is ongoing because there are so many variables in the human genome,” says Armstrong. “The point is to compile a large risk model for people who think they might be more susceptible to [cancer].” The findings could help indicate what an individual’s risk would be during a routine screening. It’s a more personalized approach to medicine that’s growing throughout the field, she adds.

“We hope to be able to tell patients if they’re likely to get a certain cancer and help them take precautions to avoid it — or to help catch the cancer early and treat it successfully,” Armstrong says.

This wasn’t her first foray into the research realm: A neuroscience research project at St. Edward’s in summer 2011 with Fidelma O’Leary, associate professor of Biology, helped prepare her for the lab environment, as did a Cytopathology course, which had an emphasis on cervical cancer. “I had a clear understanding of the screening processes for cancers, so when I was at MD Anderson discussing incidences of cancers, I had some foundation to relate that knowledge to,” says Armstrong.

In addition to counting 6,000 microscopic worms during her on-campus research experience, Armstrong began to master experimental design, various lab techniques, research methods, diligent record keeping — and patience. She also honed her presentation and grant-writing skills, all of which served her well at MD Anderson.

“I was not afraid to go in the lab, get my hands dirty and try new things,” says Armstrong. “In research, you have to be really patient because it doesn’t work a lot of the time.”

In the case of her research at MD Anderson, though, it did work. When the summer research experience ended, Armstrong and her team saw a correlation between the variants and a specific age of onset from cancer, which jibes with previous research. Though it seems daunting that millions more variants need to be examined, Armstrong was pleased to have contributed — and to confirm to herself that she does, indeed, want to practice in the field, most likely as a genetic counselor. “Anyone can pick a job, but when you have a passion for it, it’s much easier,” she says.