In Session: From the Catholic Perspective 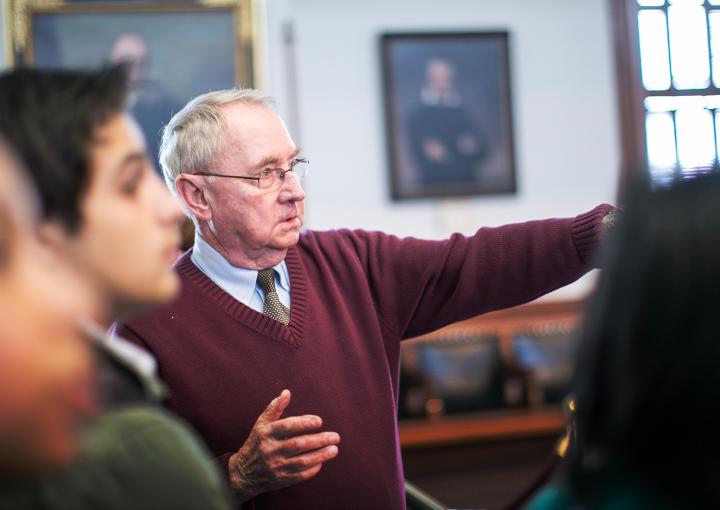 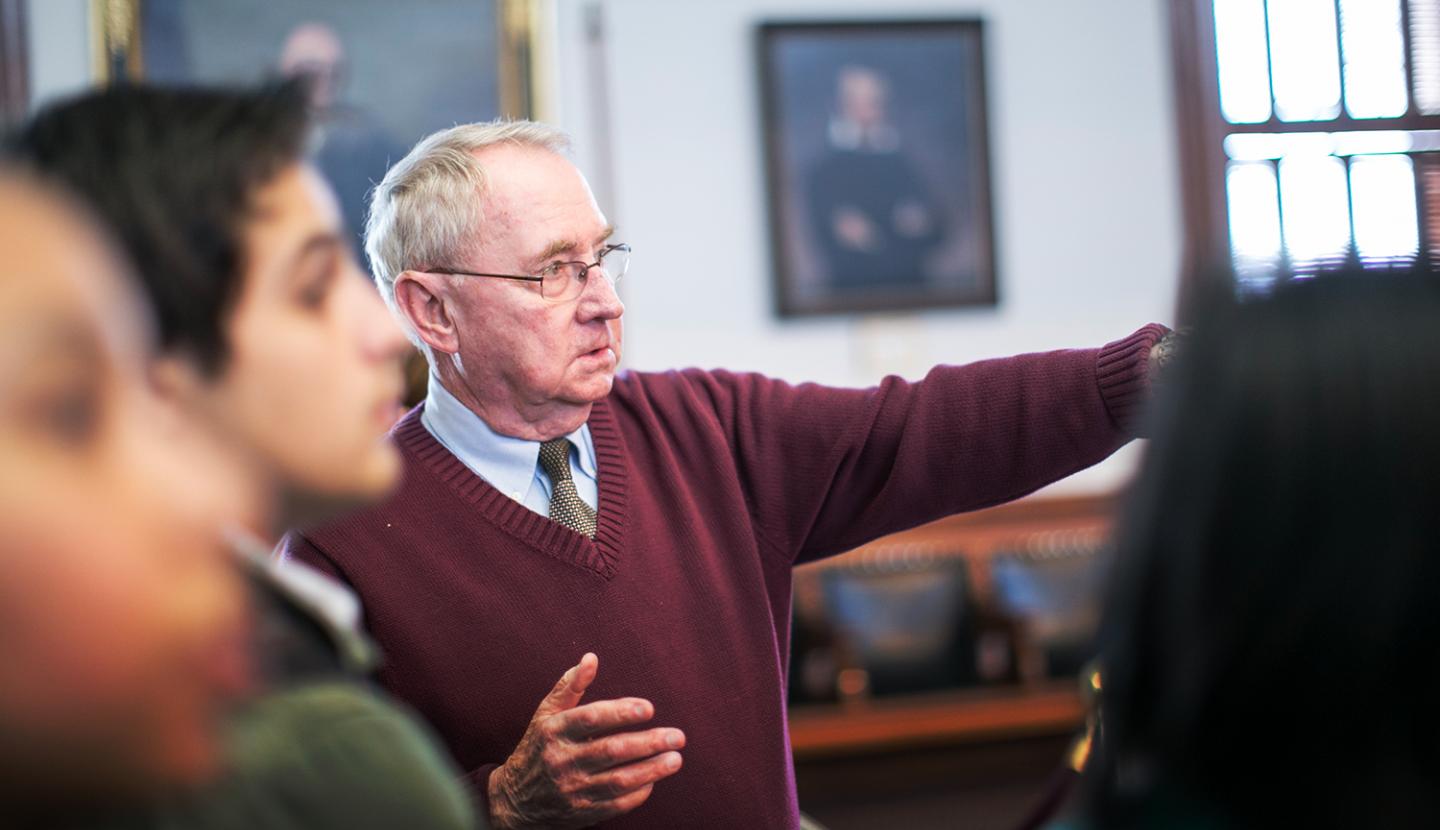 Brother Richard Daly, CSC, spent 32 years as the lobbyist for the Catholic bishops in Texas. For 27 of those years, he served as executive director of their organization, the Texas Catholic Conference. Although he no longer holds that position, he keeps on top of current events and still teaches a course on the legislative process at St. Edward’s. He offered the following insight at the beginning of the 84th Texas Legislative Session from a Catholic perspective.

When people think of the Texas bishops and the Texas Catholic Conference, they think about life issues. Those issues are very important, but the bishops are concerned with many other issues as well. Here are the key issues I’m watching in the 84th Legislature.

The bishops of the United States and Texas have been very outspoken on the issue of immigration. They support comprehensive immigration reform and are insistent on a path to citizenship for every undocumented immigrant in the United States who does not have a criminal record. That said, comprehensive immigration reform is a federal issue, so only certain specific aspects are likely to come up in Texas.

Another major immigration issue that’s before the legislature this session is the DREAM Act. This law enables children who were brought here by their parents at a very young age, have graduated from public school and have no criminal record to go to college paying in-state tuition while they try to straighten out their legal status. Although former Governor Rick Perry supported this legislation, other Republicans criticized it. Lieutenant Governor Dan Patrick has said he wants to repeal it, and because of a rule change, Patrick can probably get just about anything he wants through the Texas Senate this session. Speaker Joe Straus says he doesn’t want to repeal the DREAM Act. Consensus among political observers is that if the repeal gets to Governor Abbott’s desk, he’ll probably sign it.

There likely will be an attempt to pass “sanctuary cities” legislation. That legislation would require local law enforcement officials to check the legal status of persons detained for minor offenses. The bishops will also strongly oppose that legislation.

Another issue high on the agenda is more regulation of payday and auto loan lenders. Lenders may claim they’re doing a favor to those who have no credit and can’t get a loan anywhere else. But often these people are living paycheck to paycheck, and eventually they might be paying 300 percent in interest. There are three major faith-based advocacy groups in Texas — the TCC, the Christian Life Commission of the Baptist General Convention, and the Interfaith Center for Public Policy — unified in opposition to the industry. Tom Craddick, the former speaker of the house and a Catholic from Midland, is one of the strongest critics of the industry, and he has introduced bills in the past to regulate the industry. It is well known that the industry has made generous campaign contributions, and as a result, legislation may not get very far this session.

The Catholic Church teaches that parents are the first educators of their children and that the primary responsibility for raising and educating children rests with the parents, not the state.

To some people, school choice means vouchers — take the money set aside for public education and give it to a parent to pay tuition for the school that parent chooses. Of course, vouchers are opposed by the public-school establishment because money is being spent on students in private schools. The counter argument is that every parent should have the option to send his or her child to a quality education, regardless of if it’s public or private, and quite honestly, there are just too many failing public schools.

There’s another approach that I have always been in favor of: giving tax credits for parents for their children’s educational expenses, such as tuition, books or transportation. On the state level, there is a proposal that corporations get a tax credit or deduction if they contribute money for educational grants for children to go to the public school or private school of choice. The bills (HB 895 and SB 642) have both been referred to committees, but these first steps could pave the way for more sweeping legislation in the future.