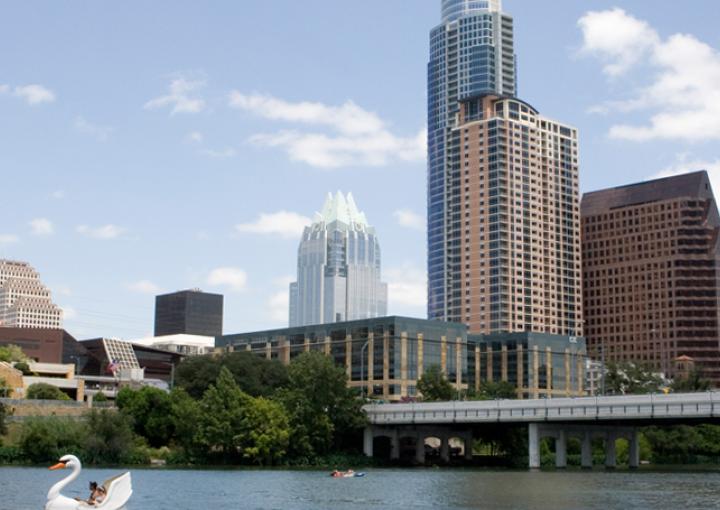 St. Edward’s University is in the heart of the thriving, cosmopolitan city of Austin, Texas

Our students live, learn and grow in a city that provides a wealth of resources and opportunities. It's no wonder Austin is considered one of the best cities for new college grads.

The unemployment rate in Austin is lower than Houston and Dallas. Forbes named Austin second on the list of “Best Cities for Future Job Growth 2014.”

The Milken Institute also named Austin as one of America’s Best Performing Cities, landing Austin the top spot on the list of "15 Cities That Are Driving the Future." Their rankings are based on data from long-term and short-term growth in jobs, wages, salaries and technological output.

Forbes has named Austin, Texas, as one of the cities poised to be “The Next Silicon Valley Tech Hub,” for its young, educated population and large venture capital presence. Austin has 17 companies on the Inc. 5000 list. In addition, the Austin Technology Council predicts that 9,000 new tech jobs will be created by 2017, which led to the city ranking second on the Forbes list of Best U.S. Cities for Future Job Growth.

Austin is home to a huge number of successful companies, including Apple, Qualcomm, PayPal, and Visa. Many large companies are based in Austin, including Dell, National Instruments, Flextronics and Whole Foods. Austin also boasts 1.7 times the national average of startups.