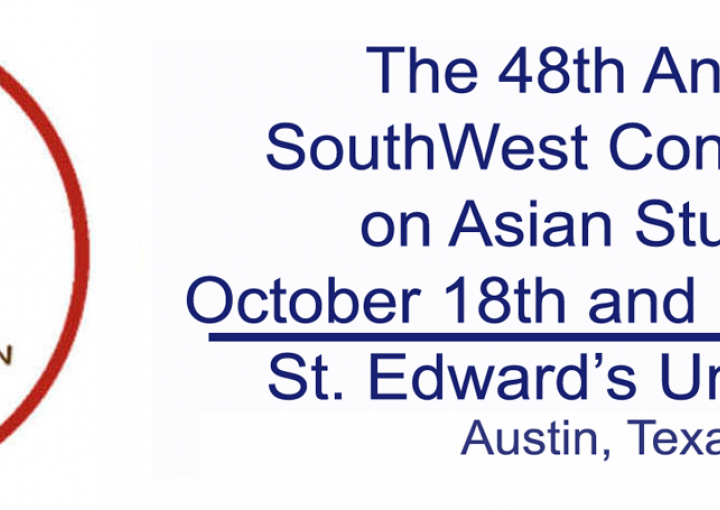 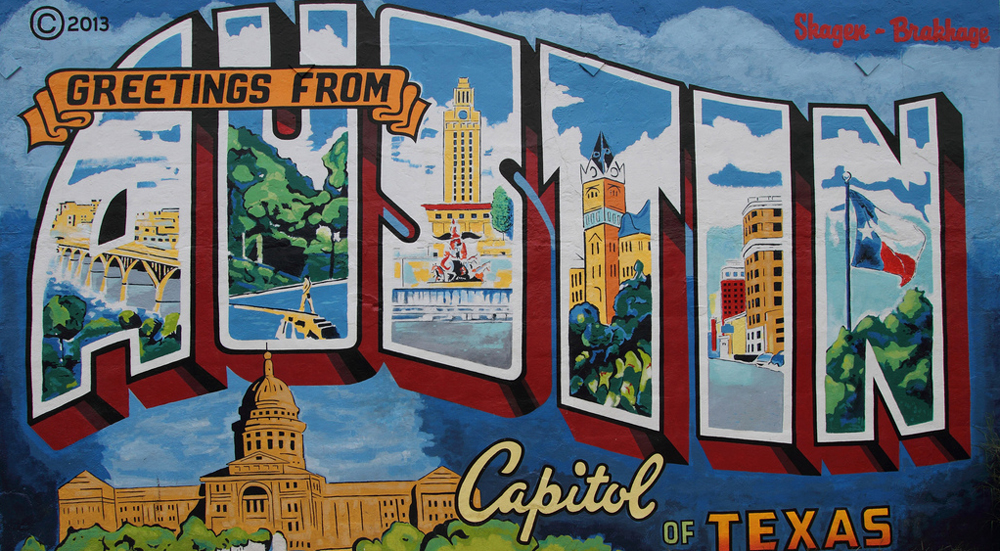 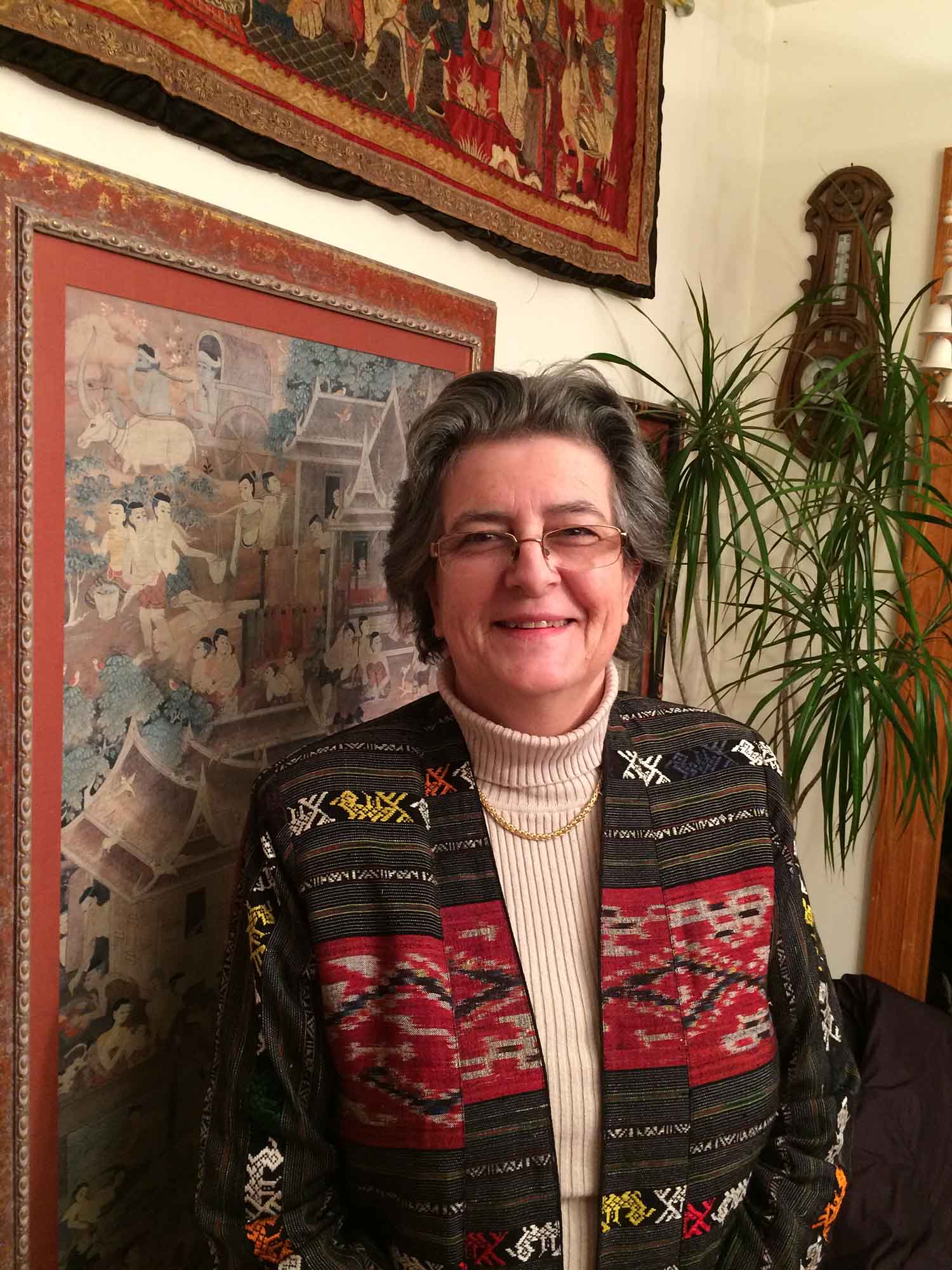 The objectives of SWC/AAS are:
a) to form a nonpolitical, nonprofit professional association of persons interested in Asian Studies;
b) to promote interest in and scholarly study of Asia;
c) to promote cooperative activities and exchange of information in the field of Asian Studies within the southwestern United States.

Dr. Katherine Bowie is a Vilas Distinguished Achievement Professor in the Department of Anthropology at the University of Wisconsin-Madison and is currently serving as Past-Past President of the Association of Asian Studies.  She received a BA with Distinction from Stanford University and her MA and PhD from the University of Chicago.  She has served as Director of UW-Madison’s Center for Southeast Asian Studies, Eisenhower Fellow to Thailand, Fulbright Scholar, President of the Midwest Conference of Asian Affairs, and multiple years on the organizing committees for the Council of Thai Studies (COTS).  Specializing in Thailand, her publications include Rituals of National Loyalty:  An Anthropology of the State and the Village Scout Movement in Thailand (Columbia University Press, 1997);  Voices from the Thai Countryside:  The Necklace and Other Short Stories of Samruam Singh (University of Wisconsin Southeast Asia Series, 1998), and Of Beggars and Buddhas: The Politics of Humor in the Vessantara Jataka in Thailand (University of Wisconsin Press, 2017).  Her articles have appeared in such journals as American Anthropologist, American Ethnologist, Journal of Asian Studies and Comparative Studies in Society and History.

Keynote address: "Folktales and the Politics of Humor:  The Case of the Vessantara Jataka in Thailand.”

From San Antonio: Follow I-35 north to exit 230 (73.2 miles). Take the Woodward Street exit, turn left on Woodward Street and follow the street to the entrance of St. Edward’s campus.

From Austin-Bergstrom International Airport: Take Texas-71 (which turns into Ben White Blvd) follow TX-71 to S Congress Avenue, then turn right (north) onto Congress Avenue and the St. Edward’s Campus entrance will be 1.3 miles on your right.

Parking at St. Edward’s: Panels of the Southwest Conference on Asian Studies will be held in Fleck Hall (rooms 106, 108 and 109). Visitors can register their automobile’s license plate, click HERE for free parking and instructions.

THINGS TO DO IN AUSTIN

For a more detailed description of the following plus map, download HERE.

Shopping along S. Congress Ave Located just 1.1 miles from St. Edward’s campus are a variety of charming chops and restaurants, including Lucy in Disguise with Diamonds and Electric Ladyland(that's the store's complete name) where Bob Dylan is rumored to have shopped for retro outfits. The avenue is lined with funky, unique to Austin stores and restaurants with an Austin friendly feel. All you need to fill your Austin shopping desires is located along the Street of SoCo (South Congress).

The Ann W. Richards Congress Avenue Bridgeis one of Austin's most iconic bridges, crossing Lady Bird Lake at Congress Avenue. It is best known as the home of the world's largest urban bat colony, with up to 1.5 million Mexican free-tailed bats residing underneath the bridge each summer. Tourists can observe bat populations flying at dusk for feedings during the summer months, traveling away from the bridge over Lady Bird Lake to the east.

Auditorium Shores on Lady Bird Lake, formerly known as Town Lake, is a manmade reservoir along the Colorado River that was originally created in 1960 with the construction of Longhorn Dam, intended to serve as cooling waters for the former Holly Street Power Plant.

Zilker Metropolitan Parkis a 350-acre public park that is located at the intersection of the Colorado River and Barton Creek. The park hosts a wide variety of public special events throughout the year, including the internationally-acclaimed Austin City Limits Music Festival, held over two weekends each October.

Whole Foods Flagship StoreOn September 20, 1980, a little market opened in Austin, TX, a store that has changed the way we shop for groceries today.