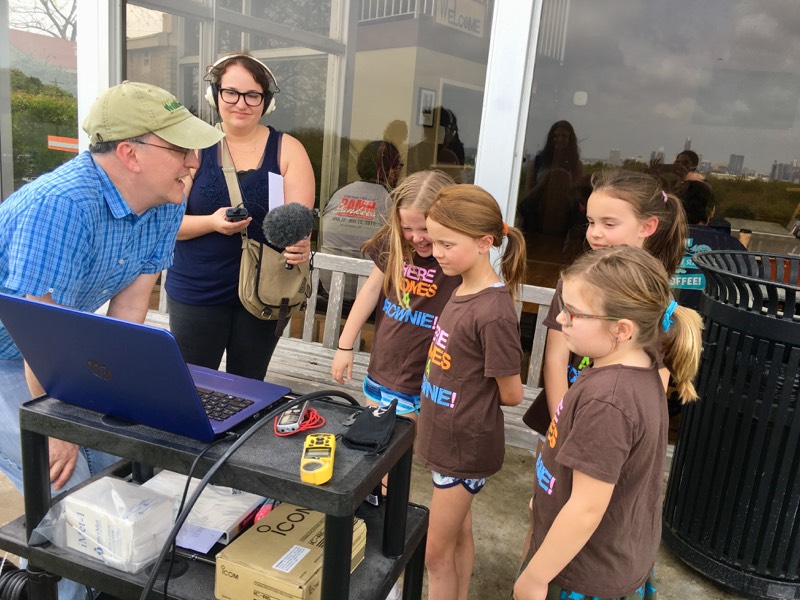 On a warm spring day in Austin, Texas, a local Brownie troop visited St. Edward’s University to participate in the launch of a weather balloon. The troop was here to learn about the importance of weather balloons in monitoring air pollution, and also share their experience on an episode of Tumble, a popular podcast that teaches children and adults about science and discovery. Last but not least, they wanted to have fun.

Gary Morris, dean of the School of Natural Sciences, and his team of undergraduate students enlisted the help of a few Brownie troop members from Trinity Episcopal School in inflating and releasing a six-foot-long weather balloon. As they prepared for the launch, Morris explained how instruments on board would gather data about different kinds of air pollution, including ozone, which comes from cars, power plants and factories. That data is then used by decision makers to find ways to curb pollution.

Next came the highly-anticipated launch. When the balloon soared rapidly into the air, the second graders compared it to a unicorn and a marshmallow. The troop not only had fun, but they left with a deeper knowledge of weather balloons and why — 200 years after they were invented — they remain a critical scientific tool.

Listen to the full podcast on Tumble, a Science Podcast for Kids: https://beta.prx.org/stories/240167