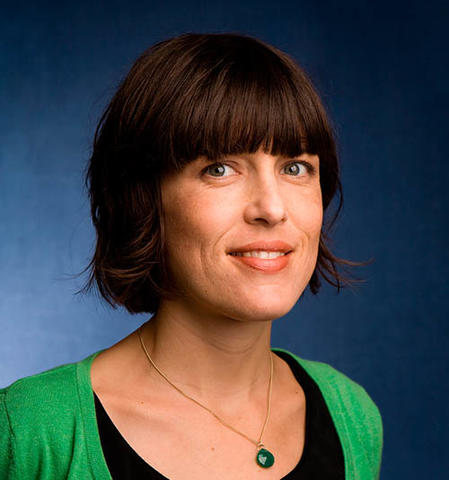 Office Hours
10:00 am to 2:00 pm on Thursdays, and by appointment. Email carrief@stedwards.edu to set up a meeting. Please note: I can’t respond to creative work via email. If you’d like to discuss your creative work, make an appointment and I’ll look forward to meeting with you.

Fountain’s debut poetry collection, Burn Lake, was selected by former Poet Laureate Natasha Trethewey as a 2009 National Poetry Series winner and was published in 2010 by Penguin. Penguin published her second collection of poems, Instant Winner, in 2014. Her poems have appeared in American Poetry Review, Poetry, and The New Yorker, among many others. A former writer-in-residence at the Frank Waters Foundation, she has received Swink Magazine’s Award for Emerging Writers, the Marlboro Poetry Prize, and an Austin Library Foundation Award for Literary Excellence. She received her MFA as a fellow at the Michener Center for Writers at the University of Texas. Fountain's debut novel for young adults, I'm Not Missing, was published in July 2018 by Flatiron Books/Macmillan. Learn more at carriefountain.com.

As your writer-in-residence, I’m here to read and respond to your creative work in any discipline, to discuss plans for pursuing writing as a career after graduation (MFA programs, internships, etc.), and to help you make creative writing a daily practice. I'm available to the St. Edward's community as a writerly resource in general.

MFA in Poetry, James A. Michener Center for Writers at the University of Texas, Austin, Texas, 2004.