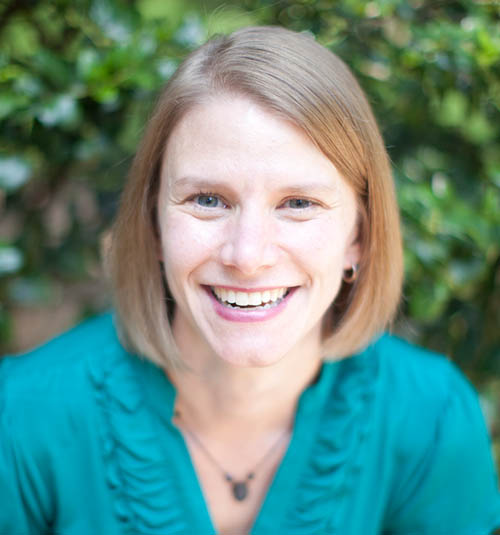 Dr. Veninga is an associate professor of religious and theological studies, teaching a range of courses in Christian theology and world religions. Each semester, she teaches a course on religion and community for the Honors Living and Learning Community.

Dr. Veninga is the advisor for St. Edward’s chapter of Theta Alpha Kappa, the National Honors Society for Religious Studies and Theology. Her research and teaching interests include Søren Kierkegaard and existentialism, Scandinavian religion and politics, Islam and the West, trauma and collective memory, and feminist and queer theologies. The author of Secularism, Theology and Islam: The Danish Social Imaginary and the Cartoon Crisis of 2005-2006 (2014), she is currently researching the intersections of theology and trauma studies by focusing on several case studies, including the 2011 tragedy in Norway perpetrated by Anders Behring Breivik and ongoing conflict in Palestine and Israel. Dr. Veninga also works with ecumenical and interfaith programs sponsored by St. Edward’s Campus Ministry.

Instructor of Religious and Theological Studies, 2010-2011

My research interests include the social and political aspects of Søren Kierkegaard’s thought, and I have also explored themes of secularism, Christianity and Islam in Europe through an examination of the Danish cartoon crisis of 2005-2006 from a theological perspective. I am currently writing a manuscript tentatively entitled A Theology of Witness: Vision and Memory in a Suffering World, which examines four instances of collective trauma: the bombing of Hiroshima and Nagasaki by the U.S. in 1945; the Nazi Holocaust, with particular attention to the figure of the suffering Muselmann; historical and contemporary erasure of Palestinian memory and identity; and political terrorism, with a focus on the July 22, 2011, tragedy in Norway.

I love studying and thinking about religion and theology and want to share my passion with my students. I see myself as a journey-guide in the classroom, encouraging students consider the "big questions" of human existence. I agree with educator and author bell hooks when she says that the classroom can be a place where we "collectively imagine ways to move beyond boundaries, to transgress," and a "location of possibility." Teaching can promote the imagining of new and exciting possibilities.