Tips for Greening Your Tech

We should be focused on the environment every week. But Earth Week is a chance to put special focus on simple changes you can make in your day-to-day life to reduce waste and your overall environmental footprint. 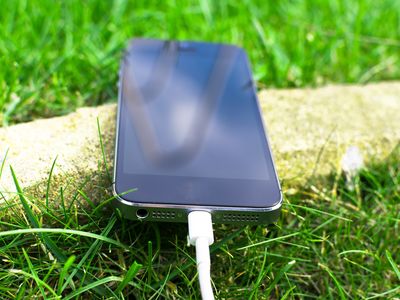 And those simple changes include your technology habits.

Energy efficiency and responsible recycling are critical to environmental sustainability, and we have a few suggestions for how to take relatively small actions to make a big impact.

Switch from regular to LED bulbs

Light-emitting diodes (LEDs) and other newer bulbs, like compact fluorescent lamps (CFLs), typically use anywhere from 25-80 percent less energy than traditional incandescent models, according to the Office of Energy Efficiency & Renewable Energy. That means, they also last up to 25 times longer than those standard bulbs, too.

That kind of lifespan translates to fewer replacements, which, in turns, means you can save those dollars. In fact, the next time you’re on campus, look up at the walkway lights for a moment. You’ll notice that more than 95% of them are now LEDs.

Unplug devices when you’re not using them

Do you know how much power your snoozing laptop uses when it’s plugged in? About 57 kWh each year, which produces carbon emissions equivalent to running your car for more than an hour.

Just because your devices are idle doesn’t mean they’re not sucking in energy. This is the reality of “vampire power,” which costs billions of dollars a year in wasted energy.

The good news is the solution is a lot easier than staking something through the heart. Simply unplug your devices when they’re not in use. Worried you’ll forget to unplug? Rather than the wall, plug your laptop, phone and other chargers into a power strip, which can be turned off on its own, taking care of all of your phantom devices in one go.

You probably have a recycling bin in your residence hall, apartment or home, and you know to sort paper, glass, aluminum and other recyclable materials for reuse. But what about e-waste?

E-waste includes a lot of the electronics you use every day: TVs, computers, printers, cellphones, chargers — even CDs and DVDs, if you have those. As we get newer models of these items, the waste tends to pile up quickly.

Since 2016, OIT has recycled more than 27 tons of university e-waste and more than 650 computers.

What can you do to recycle your personal e-waste? Austin Resource Recovery offers free drop-off for accepted items. You can find the list of what’s accepted on their website, but, as they say, if it plugs in, they’ll probably take it.