David L. Warren, President of the National Association of Independent Colleges and Universities to Serve as 2014 Commencement Speaker

David L. Warren, President of the National Association of Independent Colleges and Universities to Serve as 2014 Commencement Speaker

This year's Commencement Ceremony takes place at the Frank Erwin Center at 10 a.m. on Saturday, May 10, 2014.

Nearly 50 years ago, Warren marched from Selma, Alabama, to the state capital of Montgomery. He joined Martin Luther King Jr. and some 25,000 other Americans who believed that every person was entitled to the basic right of suffrage, regardless of his or her skin color. Just five months after Warren and his fellow protestors took those pivotal steps, the Voting Rights Act of 1965 was signed into law. And so began his lifelong commitment to increasing opportunities for others.

As president of NAICU, Warren has dedicated his career to improving those chances for others in the arena of higher education. With more than 40 years of experience in the field, he has been called “one of [its] most gifted leaders and creative thinkers” and “a trusted and valued resource on educational policy issues for leaders in higher education, Congress and the White House." 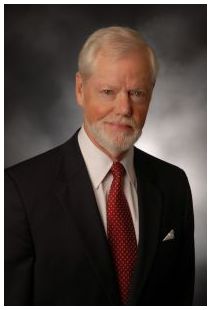 Discovering that the rest of the world was not a utopia was shocking. It was also the catalyst that led him to Selma in March of 1965 and then to India for a yearlong Fulbright fellowship after he graduated from Washington State with a degree in English. As part of his Fulbright, Warren taught at Sardar Patel University and studied how Henry David Thoreau's essay “Civil Disobedience” had influenced Mahatma Gandhi. He traveled the country interviewing Gandhi's colleagues and spending time in the same places where Gandhi had lived, worked and worshiped.

When he returned to the United States in 1966, Warren earned master's degrees in Divinity and Urban Studies as a Rockefeller Fellow at Yale University. Never far from his mind were the issues of peace and justice that Gandhi exemplified. Warren saw education as the most constructive path toward eliminating discrimination and finding ways in which people of all faiths and backgrounds could live together peacefully. This led him to complete a PhD in Higher Education Administration from the University of Michigan.

In 1984, David became president of Ohio Wesleyan University and during his decade-long tenure launched the National Colloquium, which annually explores a critical global issue and the impact of lifelong civic engagement. He also served on the founding board of Campus Compact, a service-focused coalition of more than 1,100 college and university presidents. And as president of NAICU since 1993, David has helped launch CampusCares, a national initiative to highlight universities' commitment to serving their communities. He has also co-chaired the National Campus Voter Registration Project, lobbied for passage of the post-9/11 GI Bill, helped secure reauthorization of the Higher Education Act in 2008, and spearheaded formation of the Student Aid Alliance to protect and expand the $170 billion in financial aid that is annually awarded to students by the federal government.

In recognition of lifetime achievements that include the pursuit of a more just world and a steadfast dedication to providing educational opportunities for all students, regardless of background or circumstance, St. Edward’s University will honor Warren as a Doctor of Humane Letters, honoris causa.

On the eve of graduation, St. Edward’s University invites all December 2013 graduates and May 2014 and August graduation candidates, and their families and friends to participate in the Hilltop Send-Off. This special event held on campus recognizes the achievements of our graduating seniors and welcomes them as new alumni.

The Hilltop Send-Off will begin with Baccalaureate Mass to be celebrated in the Recreation and Convocation Center at 6:30 p.m. St. Edward’s is honored to have Most Reverend Joe S. Vásquez, DD, STL, Bishop of the Diocese of Austin preside. Graduates & Faculty members should arrive at the Recreation and Convocation Center at 6:15 p.m. in cap & gown (do not wear your hood) for procession into Mass.

Following Baccalaureate Mass, graduates will participate in a Legacy Walk at 7:15 p.m. The Legacy Walk will take them through the heart of campus and the historic red doors of Main Building, symbolizing the completion of their academic careers and entry in the St. Edward's alumni community. Family and friends are invited to await the graduates' arrival as they exit the red doors of Main Building.

The Red Doors Revelry at 8:00 p.m. — a festive reception in the Robert and Pearle Ragsdale Center. Participants will enjoy a Champagne toast and graduates will receive a special gift from the Alumni Office and have the opportunity to connect with their classmates and professors.

Graduates are welcomed to participate in all events or just the ones of their choosing. If you would like to participate in just the Legacy Walk, please come to the Recreation and Convocation Center parking lot by 7:30 p.m. in your cap and gown, (do not wear your hood).