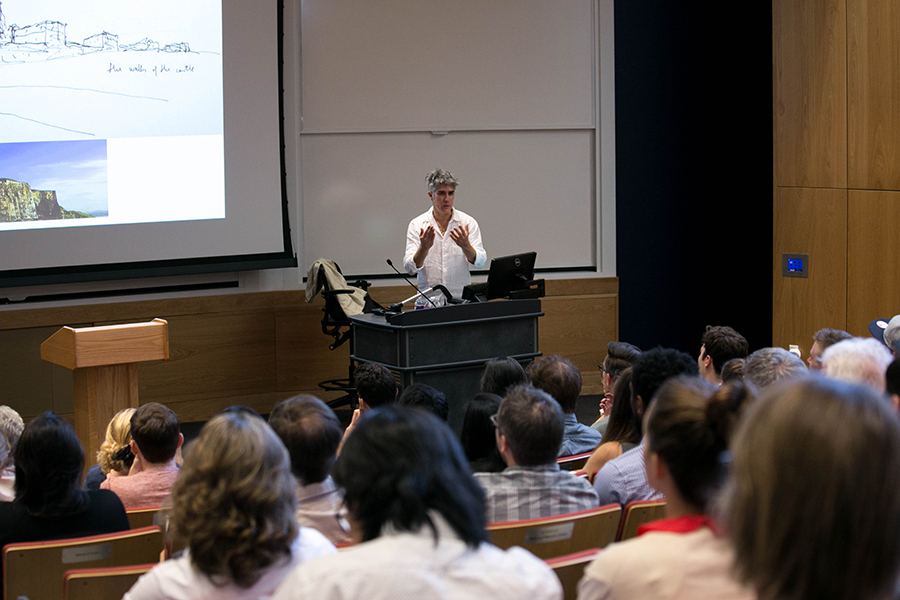 Aravena was born in Santiago, Chile and his work includes the 119,000-square-foot residential village at St. Edward's University, his only project in the United States and first outside Chile. The village houses Hunt, Johnson and Le Mans halls and opened in 2009 as part of the 2006 Campus Master Plan, adding 300 beds, a dining hall and coffee shop. St. Edward's is currently developing concepts for Campus Plan 2022.

He is passionate about social justice causes and has incorporated them into his work. His firm ELEMENTAL helped rebuild 80 percent of the Chilean city Constitución in 2010, after a tsunami and earthquake destroyed it, and added a buffer forest along the coastline to protect against future flooding.

ELEMENTAL also has built more than 2,500 homes for low-income urban residents in Chile and in Monterrey, Mexico as part of Half a Good House.

Aravena's other accolades include teaching at Harvard University, being named a “Creative Genius” by the New York Times and giving a TED Talk. He also has spoken at the United Nations Conference on Sustainable Development and has been selected for the World Green Building Council Award, the Global Award for Sustainable Architecture and Chile's Bicentennial Medal.

St. Edward's University awarded Aravena with an honorary degree of Doctor of Humane Letters, honoris causa, at the commencement ceremony for his commitment to improving lives and landscapes with ingenuity and empathy.