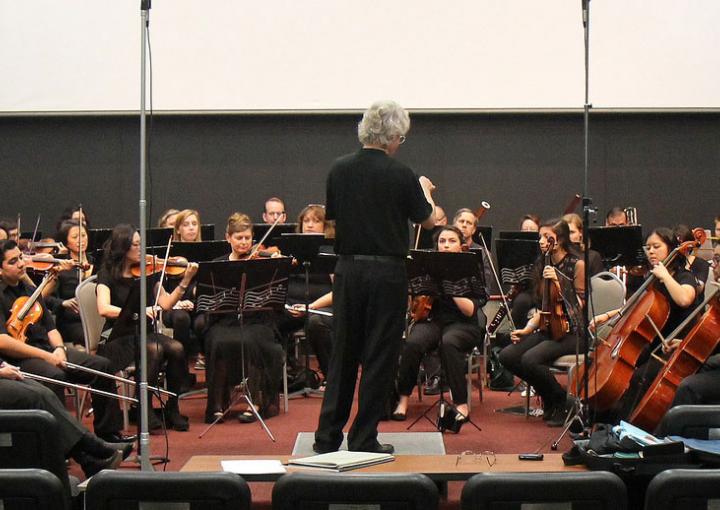 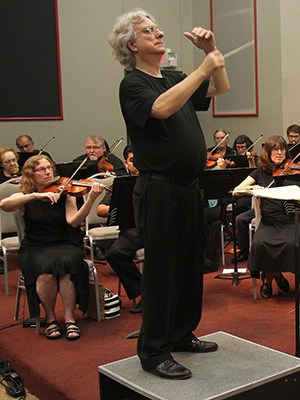 The St. Edward’s University Orchestra is open to all students with prior experience playing in band or orchestra. The orchestra also includes SEU faculty and staff as well as guest musicians from the Austin community, creating a full orchestra with seasoned sound.

Our concerts have included premiered works, classical favorites, and collaborations with students and faculty and in the visual, literary, and performing arts. We perform both on campus and off campus, averaging two to three concerts per semester.

Auditions for the Fall semester will be announced soon.

Radmer’s primary conducting studies were with Gurer Aykal, General Director of the Turkish National Symphony. Radmer attended by invitation the American Academy of Conducting at Aspen (2001) and the Conductor’s Institute at the University of South Carolina (2002), and studied under conductors David Zinman, Murray Sidlin, Robert Spano, Donald Portnoy, Samuel Jones, and Kate Tamarkin.

Radmer has performed as a violist with chamber ensembles and orchestras in over two thousand performances since 1981 in 21 states and ten countries. He was awarded the Doctorate in Viola Performance from the University of Southern Mississippi in 1993, and has served on the music faculties of Texas State University, the College of Saint Scholastica, Eastern New Mexico University, and Southwest Texas State University. Radmer was honored by being named Teacher of the Year in 1996 by the American String Teachers Association (New Mexico Chapter).
Radmer teaches violin, viola and guitar in his private studio, and in his spare time he is a composer of concert music and is also an active member of the popular music scene in Austin.  He also performs and records as a guitarist, singer, songwriter and improvising violist.

Rehearsals
Rehearsals are 5:30 PM – 7:30 PM. Location to be determined.
Please bring your own music stand to rehearsals.  Please take very good care of your music, keep it in the folder and return all of it after the concert.

Concert Attire:
Concert attire is dressy ALL black.
Gentlemen should wear dress pants and button down dress shirt.  Jackets and ties are not required.
Ladies may wear dressy slacks or skirt with a blouse or a dress.