Last week we checked in with Samuel Griffith, who graduated in 2019 with a B.A. in Writing & Rhetoric and Creative Writing concentration. We asked him a few questions about life on the hilltop and what came thereafter. 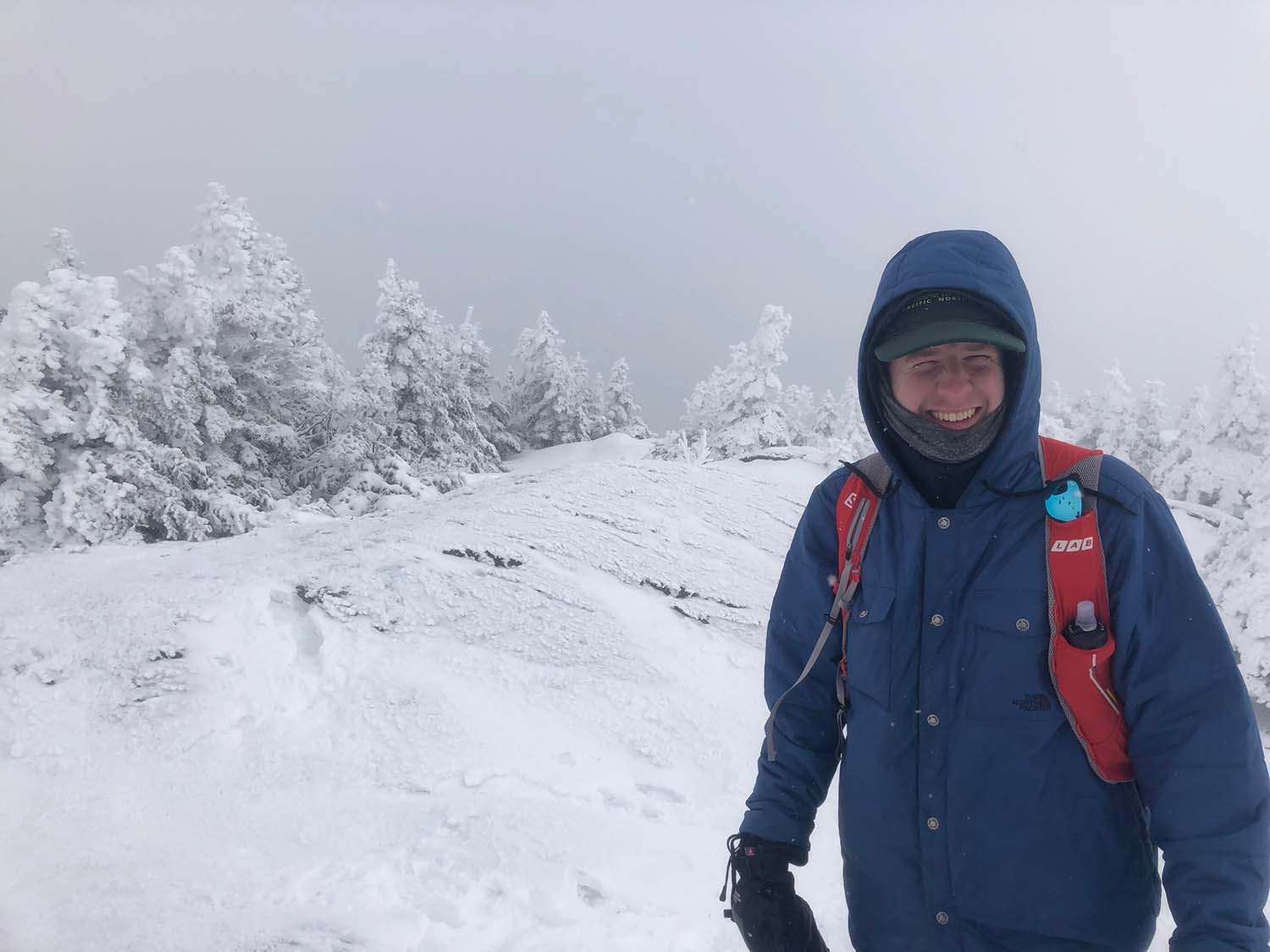 What have you been up to since graduation?

"Since graduation, I had the opportunity to stay in Austin, but I decided I wanted to have some flexibility to move around a little bit so I spent the last six months in Boston working for a graphic design and solution company. While I was there I was able to make a lot of a lot of visits to Vermont and a lot of other places in New England. I was trail running, experiencing winter, etcetera. Now in two weeks, I’ll be moving up to Colorado for an internship with Trail Runner Magazine as an editorial and audio intern."

So you studied Rhetoric & Writing, but you have a cross-over with another sector, the outdoors field. How are either of those things or the crossover of both of them,  important to you personally and professionally?

"I see them as mutually beneficial than mutually exclusive. I think there are a lot of people who...have things they do that they try to make them outside of their work, or rather, their work is outside of their play. But I don’t think I would be nearly as in-tune with my writing if it wasn't for the time that I’m able to spend outdoors. But on the flip end, I don’t think I would be as willing to focus–running teaches me a lot about working harder and trusting the creative process–it's a lot like trusting the process of running, it takes time, not every day will be your best day, and it’s also better when it’s shared."

What organizations did you involve yourself in at St. Edward’s that influenced your current path?

"Obviously working for Outdoor Adventures, was a big part of my St. Ed’s experience, especially working for them for about 3.5 years. Before I started, my preconceived notion of what [working for them] looked like was a lot different than what it actually was. I was just telling someone the other day that when I first joined that program, I thought it would be a lot of people that were like me that would want to do things that I wanted to do with the program, mostly outdoor things, but in reality, it was a lot of people who never had the opportunity to camp before. I feel like it taught me that just because someone didn't start in the same place as you, doesn't make [their interest] any less valuable. And I don’t think I would have learned that if it wasn’t for the Outdoor adventure program.

And then with Sorin Oak Review, the undergrad literary magazine, the year I was able to do it was a life-changing experience. I was getting interested in audio cataloging, and it gave me a vehicle to practice audio recording and sound mixing. You know it's these things, these opportunities that you take advantage of and them not necessarily leading to that idea you always have in your head about them."

Was sustainability a big part of your time at steds is it now?

"I feel like Sustainability right now has changed for me a lot in the last year. And in the last four years, I think it's become more on my mind because I spend a lot of time by myself or in new situations. The benefit of coming to St. Ed’s is that you have a lot of people that are passionate about it and talking about it a lot–and when that’s happening, you feel like a lot is being done. But especially the last couple of months, being out of school and being surrounded by new people, you’re not necessarily talking about common interests that might lead to sustainability and, to me, it feels a bit more of an isolated concern.

So what that has done for me is #1 it’s made me want to talk about sustainability with people more but #2, more importantly, it's made me make sure that I’m checking off all my bases–like thinking about what I am doing in a micro and macro way that could potentially influence those conversations [towards sustainability]."

What advice do you have for current St. Edward’s students?

"I would say that not everything has to feel pointed or capitalized, in the sense that just because the main focus isn’t your main interest doesn’t mean that it won't be valuable later on. And I think the more you are able to internalize that idea means the broader your interests become and you personally become more interested too."