He has worked alongside professional actors and designers on campus and is earning points toward his Actors’ Equity union membership. He also works in the box office at the Mary Moody Northen Theatre and serves as president of Box of Chocolates, the campus improv troupe.

St. Edward’s allows students to earn points toward Actors’ Equity membership. What is the benefit of joining Equity?

With your Equity card, you're automatically eligible to go audition for Broadway theaters. You can sign up online for an audition time instead of getting there early and waiting in line for hours with hundreds of other people. Also, when you start working, you are getting insurance and benefits, and the production has to meet safety standards and follow guidelines about working hours. You’re not living a scrappy, starving artist life, and you have more of a safety net than a non-union actor would.

What have you learned from working with professionals at the Mary Moody Northen Theatre?

When I worked on A Flea in Her Ear, a comedy, two of the Equity artists were St. Edward’s alumni. They would stop me in the hallway and give me notes on the jokes I was doing. It was nice to get that feedback from someone besides the director, and particularly from professional actors. I also learned about dramatic acting from working alongside an actor in Marisol. He later connected me with other great opportunities, like teaching kids at his summer theater camp.

If you want to act, why work in the box office or do lighting?

Part of what attracted me to St. Edward’s was the fact that I could focus on acting while learning a bunch of other trades. That’s really important for getting hired. I’ve learned very marketable skills from working at the box office, and I’ve made great connections with patrons. I’ve also had the opportunity to learn how to read a plot and hang a lighting grid while working alongside professional lighting designers who are doing Broadway shows and Cirque du Soleil. All of these things are teaching me very valuable skills that will keep me employed while maybe it’s harder to find an acting job.

How is college theater different from high school theater?

In college, you get actual training in acting and in using your voice in a way that protects your vocal cords. You’re learning how to do things safely and correctly, so that your body and voice will last you through the four-month run of a professional production. In college, things move at a faster pace – you rehearse shows in only six weeks. And in college, you’re able to do shows that are more topical, more experimental, and more edgy, and you’re able to get more into the craft of acting. 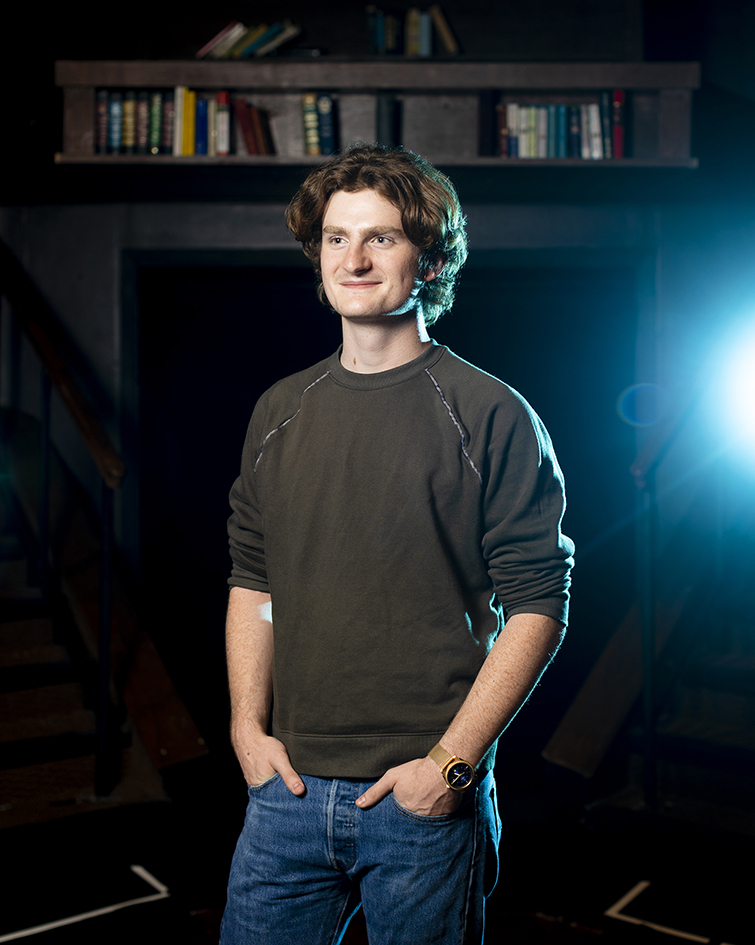 What is your plan for after graduation?

My goal is to move to Denver. At St. Edward’s, seniors take a course called Professional Preparation that gets us ready for the theater industry. You get headshots, get your resume in order, and build an Actors Access website that connects you with available auditions. You also research another theater region in the country. There are 10 Equity theaters in the Denver-Boulder region, so there’s a lot of potential work.