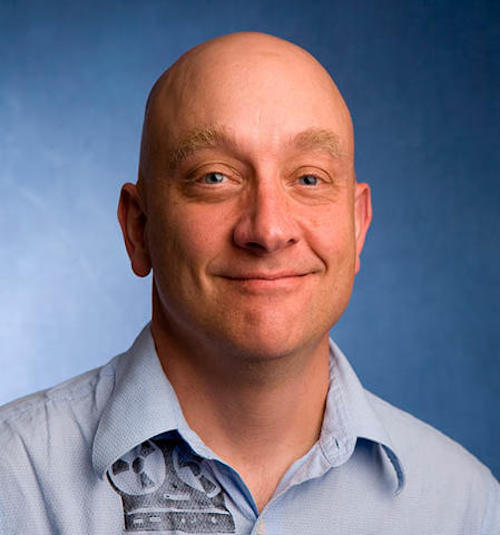 Office Hours
Varies by term, so contact me. Thanks.

Director of the Center of Ethics and Leadership (2007-2020) and Associate Professor of Philosophy.

He taught philosophy at a large state university, a community college and a small liberal arts college before joining the faculty of the Department of Philosophy at St. Edward's University in 2007. As Director of the Center of Ethics and Leadership he provided assistance for initiating new programs in ethics and provides support for continuing the development of faculty, staff, and student understanding and commitment to these goals in their work at St. Edward's and in their lives.

Community Contribution Award 2009 National Institute for Technology in Education (NITLE), for “Plato’s Allegory of the Cave in Second Life," shared with Jason Rosenblum

Town and gown deliberative and democratic dialogues (based on Kettering Foundation research and model) on how higher education can solve social problems (spring 2012), how we can help children thrive from birth to Kindergarten (spring 2013), how we can prevent mass shootings (spring 2014), how should we spread prosperity and improve opportunity (spring 2016), and how should we meet the challenges of a warming planet (fall 2016).

American Association of Philosophy Teachers (AAPT) Nominating/Elections Committee (2008), Finance Committee (2011-2020), host of its biannual conference at St. Edward's University in July 2012. In the spring of 2013 and 2014 I reviewed proposals for the APA meeting hosted by the AAPT. Starting January 2021, I'll serve a two-year term as a Board Member at Large.

Association of Practical and Professional Ethics

My current research ranges from how deliberative dialogues might improve democratic practice to the ethical principles informing arts administration.

“Plato’s Allegory of the Cave in Second Life,” Academic Commons 2010 on-line in Advancing Toward Liberal Arts 3.0, co-authored with Jason Rosenblum and winner of a NITLE 2009 Community Contribution Award.

“Smoking Pot Doesn’t Hurt Anyone but Me!” Why Adults Should be Allowed to Consume Cannabis,” co-authored with R. Frohardt and D. G. Lynch, in Cannabis-Philosophy for Everyone: What Were We Just Talking About?,  editor Dale Jacquette (Wiley Blackwell 2010).

“Natural Law for Teaching Ethics: An Essential Tool and not a Seamless Web,” in The Normativity of the Natural: Human Goods, Human Virtues, and Human Flourishing ed. Mark Cherry (Springer 2009).

Excitable Speech: A Politics of the Performative (book review with Julie M. Thompson), Symploke: A Journal for the Intermingling of Cultural, Literary, and Theoretical Scholarship, Fall 1999

'Is humor moral in the college classroom?" at the Lighthearted Philosophophers' Society annual conference, November 2019

Talking it Out: A Comparison of the Effects of Deliberative Dialogue and Cable News on Political Efficacy and Trust in Government (with Chad Long), Western Political Science Association, 2015

Building Capacity from the Ground Up: A Grassroots Approach to Enhancing Faculty Diversity (with Rachael Neal, James Puglisi, Michelle Robertson), panel presentation at Boston College Institute for the Study and Promotion of Race and Culture, 2014

Smashing Silos: Integration and Internationalization of a University Campus (with Russ Frohardt and David Blair), World Congress of Universities (Vancouver), 2013

The Passion & Civility Debate Tournament: Fostering Ethical Dialogue Outside of the Classroom (with James Puglisi and Kate Rosati), APPE 2011

Ethics Across the Curriculum: Success or Failure? APPE 2010

Ethics in 90 Minutes: What does an Ethics Consultant Really Do? AAPT 2008