The Visitor Center is closed to the public.

Located along Capital of Texas Highway, Wild Basin Wilderness Preserve was founded in 1974, thanks to a 25-year grassroots effort.

Today, Wild Basin continues as a legacy for urban wilderness and environmental education in Texas. Wild Basin has served as a constituent of the larger Balcones Canyonlands Preserve (BCP) system since its inception in 1996, promoting the protection of eight endangered species, as well as 27 species of concern.

Through collaborations with St. Edward's University and Travis County, Wild Basin Creative Research Center serves as a local gateway to the BCP, facilitating research, public awareness and preservation of Austin’s wildlands. In addition to the endangered Golden-cheeked Warbler, Wild Basin is host to several at-risk and threatened species of both flora and fauna. 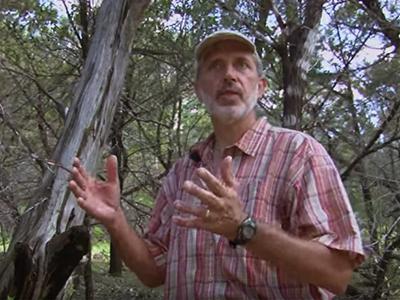 We ask that you respect the natural beauty of this hill-country landscape by staying on-trail and leaving no-trace during your visit. Furthermore, bikes, pets, smoking and picnics are all prohibited within the preserve. 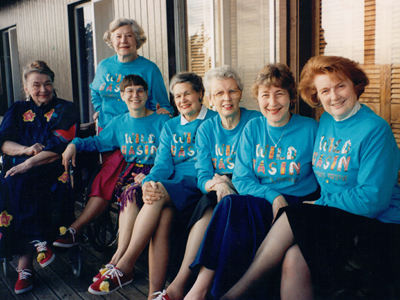 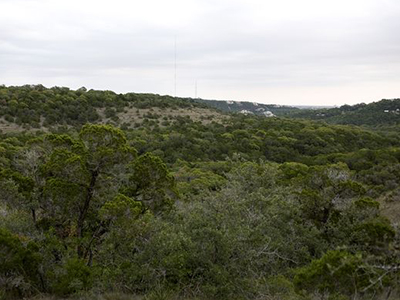 Wild Basin was founded by seven visionary women who were members of a 1970s environmental group called Now or Never, which was established to preserve a natural area for science classes and teacher training. When the master plan for  West Lake Hills was completed, it became evident that Loop 360 would be built. The Audubon Society noted that the beautiful area north of West Lake Hills, known as the Wild Basin, was worthy of preservation. The insightful members of Now or Never adopted the establishment of Wild Basin Preserve as their bicentennial project.

Martha Hudson, president of Now or Never, and Janet Poage, chairman of the Committee for Wild Basin Wilderness, first approached the Texas Parks and Wildlife Department (TPWD) about the possibility of making Wild Basin a state park. TPWD said Wild Basin was too small for a state park. The founding women then talked to city officials, the Capital Area Planning Council, the Nature Conservancy, County Commissioners, Mrs. Dolph  Briscoe (then the governor's wife), and anyone else who would listen. They were determined to secure funds to purchase the land. In 1975, Travis  County allocated $175,000 to buy the property, providing the City of Austin would allocate an equal amount. The U.S. Department of Interior agreed to consider a matching funds grant if the county and city would jointly provide $350,000.

In August 1975, the City of Austin put $1.6 million into the purchase of land to lengthen the Barton Creek Greenbelt west of Loop 360. At this point, the city's support for Wild Basin Wilderness was dropped and the federal and county funds were withdrawn. Undaunted, the seven little old ladies in tennis shoes, as they called themselves, persevered. They continued to pursue the county commissioners endorsement. Finally, the county commissioners agreed to sponsor an application for matching Bureau of Outdoor Recreation (BOR) funds if the Committee for Wild Basin Wilderness could raise $175,000. Only governmental units, like the county, could apply for federal BOR funds, which is why the county commissioners involvement was so important.

With overwhelming community support, the committee raised $80,000 in three months. Over the next three years, $284,000 cash and more than $370,000 worth of donated land were given to Travis County for the establishment of Wild Basin. Matching funds of $654,000 were granted to buy the land. The 227-acre preserve was completed in the early 1980s when Davenport Ranch donated 12 acres and the U.S. government matched the donation to purchase the remaining holes in the preserve.

The Wild Basin Creative Research Center, in its role as an interdisciplinary laboratory of St. Edward's University, exists to protect and maintain its urban wilderness, and to promote the importance of environmental education, research, conservation and preservation. Collaboration between Wild Basin and St. Edward's enables the creation of programs and initiatives that serve to fulfill the mission.

Barbara Dugelby, Ph.D., is the Director for the Wild Basin Creative Research Center. Dugelby is an ecologist and educator with more than 15 years of U.S. and international experience working with large, multi-stakeholder conservation and science programs, educational program development, and teaching. She has held previous positions with The Nature Conservancy, Round River Conservation Studies, and Organization for Tropical Studies. She has deep roots in Central Texas and attended University of Texas as an undergraduate; she was selected by Austin's mayor and city council to serve on the first City Endangered Species Task Force in the 1980s. Dugelby received her master's degree and Ph.D. from Duke University.

Darren Proppe, Ph.D., is the Research Director for the Wild Basin Creative Research Center. Proppe has over 15 years of experience in ecological research with a focus on applied conservation and the sustainability of wildlife populations. His work with students examining the impacts of human development on songbirds and other organisms has been published in several academic journals, and he continues to focus his research program on enhancing data-driven management techniques. Originally from San Antonio and a graduate from Texas A&M, Proppe worked in several places across North America before returning to Central Texas and the habitats he is passionate about.

Sarah Reyna is the Administrative Coordinator for the Wild Basin Creative Research Center. After spending six years working at St. Edward's main campus, she is thrilled to join the Wild Basin team. Sarah has extensive experience in supporting businesses of all types from start-ups to international companies with administrative operations. A culinary enthusiast at heart as well as in practice in her youth, she is proud to bring her creativity, resourcefulness, and genuine sense of hospitality to the preserve. A Texas native and granddaughter of two ranchers, Sarah feels at home among the south and central Texas brush and open sky of the preserve.

Dianne Folkerth is the Environmental Education Coordinator for the Wild Basin Creative Research Center. Dianne enjoys finding ways to spark the imaginations of young people about the wonders of science and nature, and has worked on behalf of children and the environment for more than 20 years. She has been a Peace Corps volunteer in Bolivia, a bilingual elementary teacher, a museum educator, and a nature camp director. Dianne has a Bachelor’s degree in Museum Science/Wildlife and Fisheries from Texas A&M University and studied Bilingual/ESL education at Texas Women’s University.

Niki Lake is the Preserve Manager for the Wild Basin Creative Research Center. Niki has been working in the conservation field for over 20 years. In that time she has worked as a biologist and/or educator at Capulin Volcano, Hamilton Pool Preserve, James Campbell Wildlife Refuge, Government Canyon State Natural Area, and Mitchell Lake Audubon Center and as a karst and avian surveyor for several environmental consultants.  She holds a Bachelor of Science degree in Wildlife Biology and Environmental Studies from Texas State University has completed coursework towards a Masters in Resource Communication from Stephen F. Austin State University. She enjoys finding creative ways to connect people to resources. She is dedicated to fostering community and organizational networks and creating stewards of the land and its inhabitants.

The Texas Hill Country, overlooking the City of Austin throughout western Travis County, has continually supported habitat for an array of important wildlife including the golden-cheeked warbler and the black-capped vireo. However, changing land use patterns and urban growth has significantly altered the critical habitat of these species and led to their populations decline. In 1996, the Balcones Canyonlands Conservation Plan (or BCCP) was created when scientists and local representatives met to create a solution for allowing for economic growth and development while maintaining protection for this natural landscape and its native inhabitants. The BCCP called for the creation of a system of preserves known as the Balcones Canyonlands Preserve (or BCP) to provide locally managed solutions to address endangered species concerns. The BCP exists as a multi-agency conservation effort managed under the terms and conditions of a regional 10(a) permit of the Endangered Species Act issued by the U.S. Fish & Wildlife Service and jointly held by Travis County and the City of Austin. Several cooperative partners own and manage lands within the BCP, including private landowners, the Nature Conservancy of Texas, the Lower Colorado River Authority, the Travis Audubon Society, and St. Edward’s University at Wild Basin.

The BCP was established to set aside and manage habitat protecting populations of eight federally listed endangered species, including two songbirds and six karst invertebrates as well as 27 additional species found in Travis County. In addition to these listed species, the Preserve protects habitat for native plants and animals of the Texas Hill Country, and contributes to clean air and water, and the quality of life for all residents of the region.