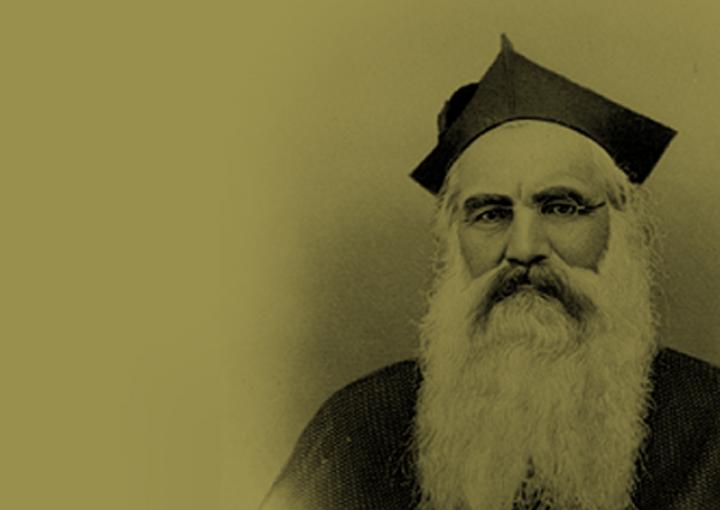 When Bishop Claude M. Dubuis of Galveston learned of Mrs. Mary Doyle's intention to leave most of her 498-acre South Austin farm to the Catholic church to establish an education institution, he invited Father Edward Sorin, CSC, superior general of the Congregation of Holy Cross, to Texas in 1872.

Father Sorin was among the first members of the Congregation of Holy Cross, which was founded near Le Mans, France, in 1837. He was sent to the United States to spread the ideals of Holy Cross education, and he founded several schools and universities, including St. Edward's and the University of Notre Dame.

Answering the bishop's invitation, Father Sorin traveled to Austin and surveyed the beauty of the surrounding hills and lakes. A year later, following Mrs. Doyle's death, he founded a Catholic school called St. Edward's Academy in honor of his patron saint, Edward the Confessor and King.

In the institution's first year, 1878, three farm boys made up the student body and met for classes in a makeshift building on the old Doyle homestead. In 1885, the academy secured its charter as a college, and by 1925, it received its university charter.

Today, the university honors Father Sorin in several ways. Sorin Hall and the nearby Sorin Oak — a campus landmark and meeting spot — are named for him. And Founders Day events honor Father Sorin and all members of the Congregation of Holy Cross.

"For the kingdom to come in this world, disciples must have the competence to see and the courage to act."
—Constitutions of the Congregation of Holy Cross 2:14