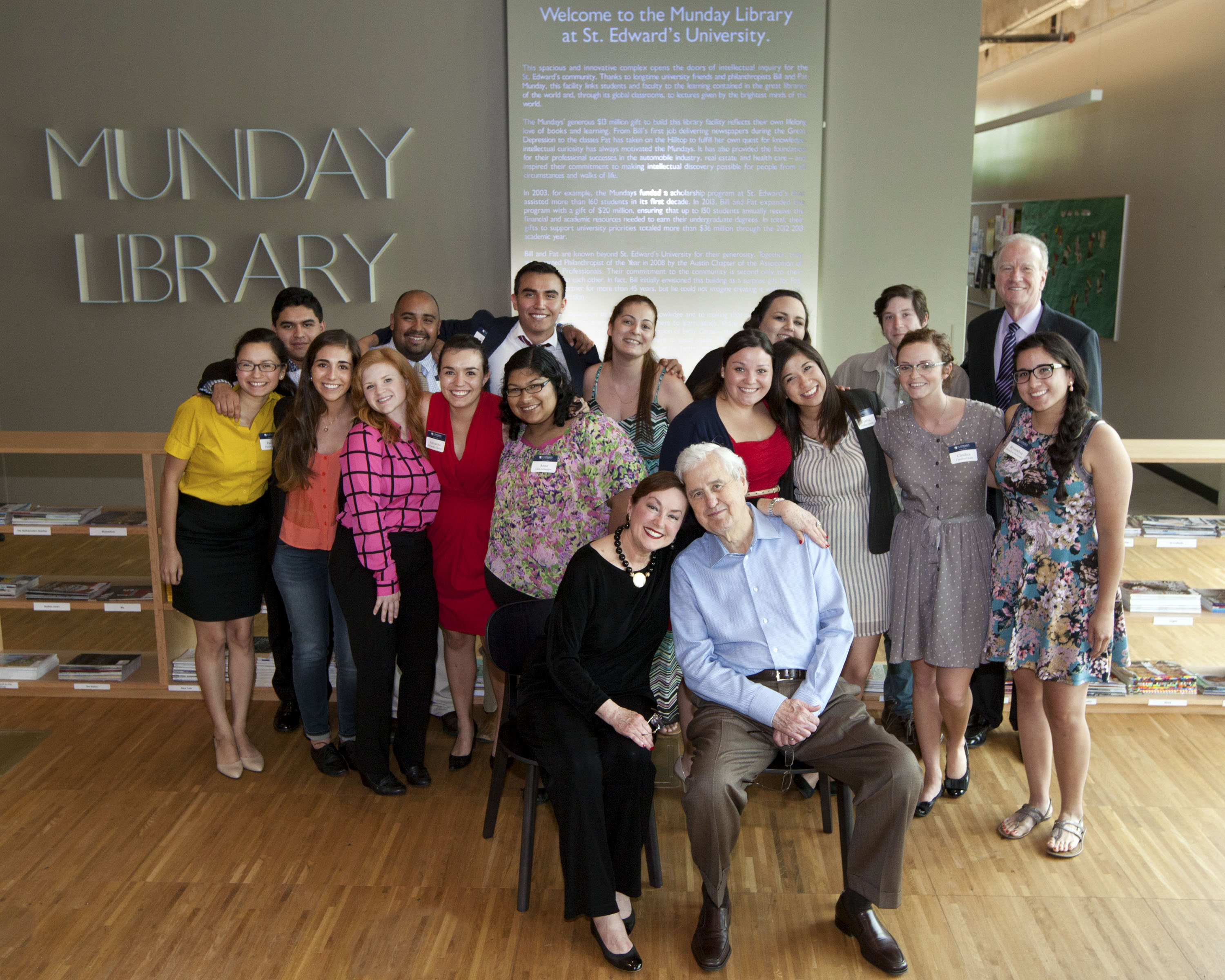 The Munday's philanthropic support of St. Edward's began in 2001 when Pat responded to a student caller with a President's Associates-level Phonathon gift of $5,000. This was the first of many contributions, including:

In 2014, St. Edward's University named its school of business in honor of Bill Munday – an extraordinary business leader, humanitarian and friend of the university.

"Bill and Pat have given students from all circumstances greater opportunity," said George E. Martin, president of St. Edward's University. "Their inspiring example will be carried forward by generations of Hilltoppers prepared to make a positive difference in the world."

Their latest gift brings the total contributions to The Campaign for St. Edward's University to $94.2 million and further assures success in achieving the $100 million goal by 2017.