Thinking of Plastic Surgery? Zoom in on this First 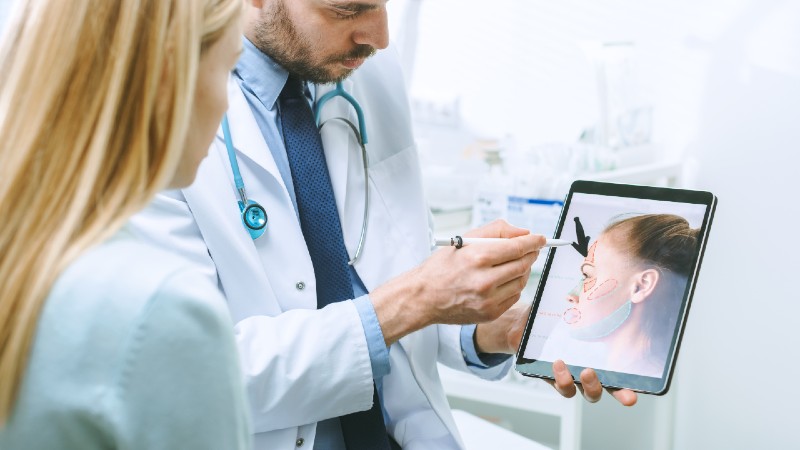 AUSTIN, Texas — Once considered something to hide, plastic surgery and cosmetic procedures are now a matter-of-fact discussion on reality TV and a proud post on social media. The procedures are also marketed as a way to improve one’s “Zoom Face,” the phenomenon in which people view themselves more critically on the screen. Never before in history have so many people spent so much time staring at themselves.

The normalization of cosmetic surgery and the real cost of surgery, both monetary and emotional, prompted a research team led by St. Edward’s University to better understand what makes someone more or less likely to undergo cosmetic procedures.

Marketer and consumer behavior expert Sarah Mittal of St. Edward’s, psychologist Katherine Warnell of Texas State University in San Marcos, and marketer David H. Silvera decided to focus on how two different thinking styles — analytic and holistic — influenced peoples’ preferences for cosmetic changes and their likelihood to undergo surgery or a cosmetic procedure. Their study was published on July 10 in the marketing research journal Marketing Letters.

“I was especially interested in surgeries, because why would you go under the knife and take those risks? What nudges people, one way or the other?” said Mittal, an assistant professor of Marketing at the Bill Munday School of Business at St. Edward’s University.

The researchers conducted five studies aimed at examining one’s propensity for analytic versus holistic thinking, and found that analytical thinking leads to an openness to cosmetic procedures. The researchers’ findings can have marketing implications for cosmetic surgery providers who are hoping to attract more clients, as well as for consumers who may want to better understand their own motivation before investing in a surgical procedure.

In the area of consumer psychology, analytic thinking leads to a hyper-focusing effect that drives dissatisfaction with products, or in this case, certain body parts. In contrast, holistic thinking is characterized by a focus on the context as a whole, which can translate into a more forgiving attitude toward products, brands or one’s own imperfections.

“Analytical thinkers tend to rely more on central features in judging products, whereas holistic thinkers weigh both central and peripheral features in their judgments and take a broader view in their evaluations,” Mittal said.

The researchers utilized both behavioral and eye-tracking studies to test their hypothesis that analytical thinkers are more likely to undergo plastic surgery. In the behavioral studies, participants were given tasks that helped the researchers identify holistic/analytic thinkers.

In the eye-tracking study, the researchers had participants look at photos of themselves in the same way people do when looking on their phone or social media, and then tracked how long they looked at different parts of the image.

“Eye-tracking is a great way to capture moment-by-moment attention. We found lots of variability in how participants looked at photos of themselves and how they felt about looking at those photos,” Warnell of Texas State University said.

“If you spend more time focusing on your nose in particular, you are more open to plastic surgery for your nose because we theorize that the hyper-focus effect leads to lower satisfaction with it,” Mittal added.

In the behavioral study on actual procedures undergone, Mittal split the participants based on their holistic/analytic scores (on a 7.0 scale, those below 3.5 are more analytic vs. those above 3.5 are more holistic). Those who score above the midpoint on analytic thinking are about 15% more likely to have undergone cosmetic procedures. Furthermore, the researchers found that 52% of those who are analytic have had a procedure vs. 35% of those who are holistic.

The results of the study could have applications for marketers and plastic surgery providers. For instance, marketers could manipulate the prospective consumer into hyper-focusing on a piece of their body and then be more open to surgery. The researchers said that a content analysis of marketing materials from Cosmetic Surgery Centers reveals that some facilities are already using strategies that focus customers on specific “flaws.”

While there are marketing applications, Mittal is more interested in the insights it provides for people contemplating plastic surgery or cosmetic procedures.

"If you're thinking about getting cosmetic procedures, maybe you need to take a step back, to be more holistic and think about the future,” Mittal said. “If I have this procedure done, breast enlargement, liposuction, whatever it is, where do I see myself in one, three, five, 10 years from now? Is it actually going to have a long-lasting, positive impact on my life? Is it worth the risk? What is recovery going to look like, even just over the next couple of months? Actually taking a forward focus is something that consumers can do to give them a more holistic view before making a final decision,” she added.