The Kozmetsky Center of Excellence in Global Finance was established through a $3 million gift from Ronya Kozmetsky and her late husband, George. The couple, noted for their philanthropic leadership in Central Texas, established the RGK Foundation in 1966 and since then have awarded grants totaling more than $60 million to support humanitarian concerns in the areas of education, community and medicine/health.

Ronya and George Kozmetsky envisioned a Center of Excellence in Global Finance that would make an impact far beyond the campus of St. Edward's, benefiting not only students at the university — through interdisciplinary scholarly activities on campus and in international forums — but also individuals around the world who will be affected by sustainable financial stability. 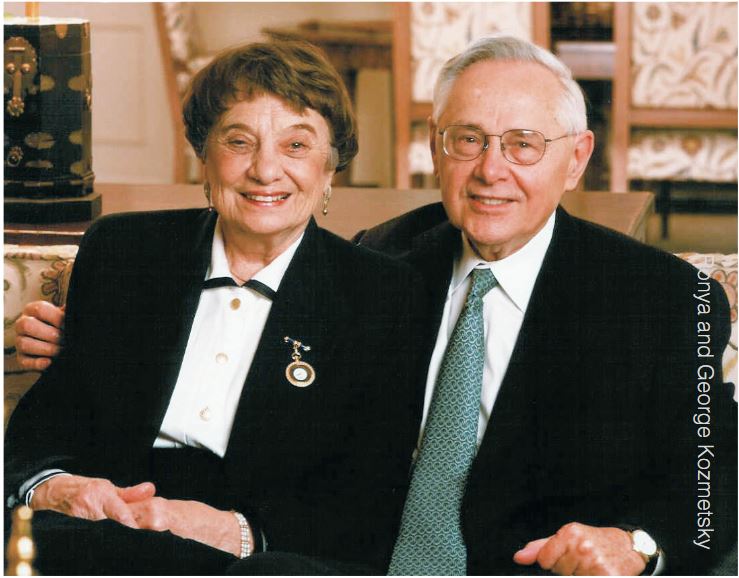 The Kozmetsky Center of Excellence aims to enrich the intellectual life of St. Edward's University, and to serve as a resource for informing the broader public on critical global issues. We seek to deepen understanding of the complex challenges of an increasingly integrated world. The Kozmetsky Center facilitates interdisciplinary international exchanges among experts, students, faculty, the policy community, private sector, and the broader public in a variety of forums. Our events have featured the contributions of senior level international policymakers, diplomats, university scholars, subject area experts from the business and non-profit communities addressing contemporary global issues and suggesting strategies for finding common approaches to managing security and economic challenges. We also periodically host short-term resident visiting scholars and practitioners from the United States and around the world to share their expertise and diverse perspectives with the St. Edward’s University community.

Our programs and activities are directed toward advancing sustained productive international partnerships throughout the world and among the dynamic local Austin community.  The Kozmetsky Center contributes to advancing the mission of St. Edward’s University to educate students and prepare graduates with the tools needed to contribute to a more just world. We support the university's Global Initiative providing students with international opportunities and experiences on multiple levels, and equipping students for working effectively in an interdependent and culturally diverse world community.

The Kozmetsky Center contributes to academic programs and the learning experience of students at St. Edward’s University on several levels. The core objectives for our programs and activities in support of the St. Edward’s academic community include: 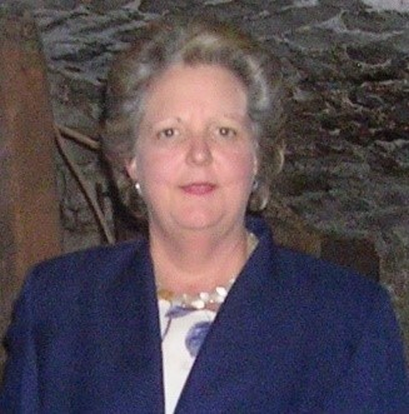 Dr. Sharyl Cross was appointed Director of the Kozmetsky Center and Distinguished Professor at St. Edward’s University in 2013 and is a Global Policy Fellow at the Kennan Institute for Advanced Russian Studies, Woodrow Wilson International Center for Scholars. From 2005-2013, Dr. Cross was Professor in the College of International & Security Studies at the George C. Marshall European Center for Security Studies in Garmisch-Partenkirchen Germany serving as Director of Academics for both the Program in Advanced Security Studies and Senior Executive Seminar and in key leadership capacities for strategic outreach engagement initiatives in Russia, Eurasia and South East Europe. Prior to the Marshall Center, Dr. Cross was at the United States Air Force Academy where she had been appointed Distinguished Professor of Political Science. She is a tenured full Professor and former Chair of the Department of Political Science at San Jose State University in the California State University system.

Professor Cross earned a Ph.D. in Political Science from the University of California, Los Angeles in 1990 with concentrations in international relations, comparative politics, and American foreign and security policy. While in the UCLA graduate program, she was also a resident fellowship scholar and consultant at the RAND Corporation completing the UCLA and RAND programs in Russian area and policy studies. Originally from Arizona, Dr. Cross graduated Phi Beta Kappa with Honors in Political Science from the University of Arizona in 1983.

In 2004, Dr. Cross taught in Lille France as Visiting Professor of Transatlantic Relations at the Institute of Political Studies/Sciences Po. She has been the recipient of three (2001, 2004, 2006-2007) post-doctoral research grants at the Kennan Institute. In 1999, Dr. Cross was awarded a Fulbright Senior Scholar grant to support affiliations as Visiting Research Scholar and Professor of International Relations at the Institute of USA and Canada Studies in the Russian Academy of Sciences and Moscow State Institute of International Relations of the Ministry of Foreign Affairs of the Russian Federation (MGIMO). She was a Visiting Assistant/Associate Professor of Transregional Security Studies at the United States Air War College at Maxwell AFB from 1994-1996, and was a recipient of a post-doctoral fellowship at the Hoover Institution at Stanford University to support continuation of her dissertation research.

While residing in Germany, Dr. Cross directed a major multi-country and multi-disciplinary project for the Marshall Center devoted to exploring dimensions of countering violent extremist ideology involving participation of more than 60 nations. She also routinely lectured on international security topics at NATO School in Oberammergau Germany. She has briefed and consulted for the Office of the Secretary of Defense, United States European Command, U.S. State Department, and U.S. Congress. In 2013, she received the U.S. Army Commander’s Award and Defense Security Cooperation Agency’s (DSCA) Director’s Award issued with approval of the U.S. Senate Foreign Relations Committee recognizing contributions to building international security cooperation during eight years in residence in Germany at the Marshall Center.

Dr. Cross is on the editorial boards for the peer reviewed Journal of Strategic Security and the Journal of Southeastern Europe. She also currently serves on the executive boards for both the “Geopolitics” and “Religion and Politics” Research Committees of the International Political Science Association, and on the Board of Directors of the Atlantic Council in Montenegro. She is a frequent speaker for major professional foreign policy forums in Europe and Eurasia, and has lectured throughout the United States for the Council on Foreign Relations, World Affairs Council and other leading academic and policy centers. 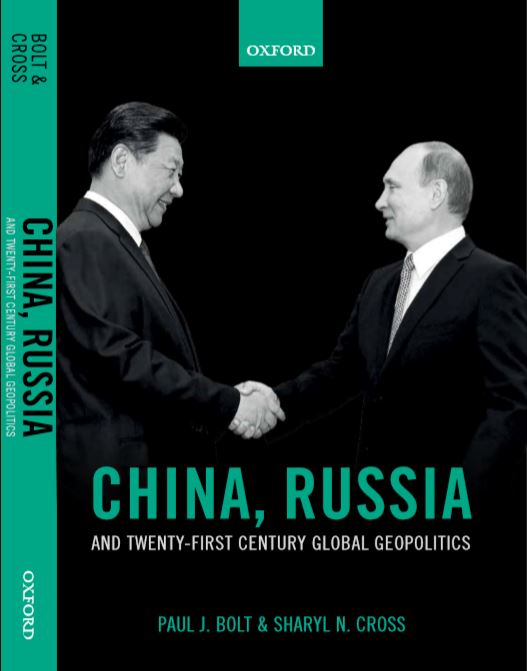 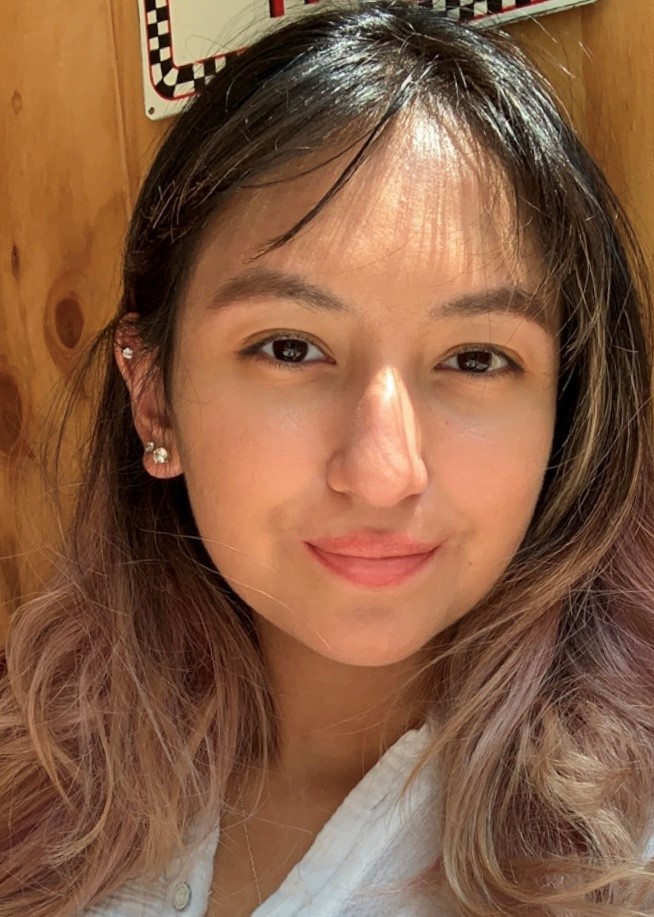 Alessandra Urbina is double majoring in Computer Information Science and Global Studies at St. Edward’s University concentrating in international conflict, cooperation, and security with a regional focus on East Asia. Alessandra has served in numerous leadership roles on-campus including Special Events and Outreach Coordinator for the Equity & Justice Council and Peer Group Leader for the Freshman Studies’ Global Understanding Program. Alessandra is also Co-founder and President of the International Affairs Society at St. Edward's University. Funded by the Benjamin A. Gilman International Scholarship, she studied East Asian peace and integration, multiculturalism, and North Korean politics and foreign policy at Yonsei University in Seoul, South Korea during summer 2019. Alessandra is an Honor’s Program participant and McNair Scholar at SEU. She plans to pursue graduate school and a professional career in international security, human rights, and/or linguistics. Alessandra contributes to the Kozmetsky Center in the areas of campus student outreach and event promotion. 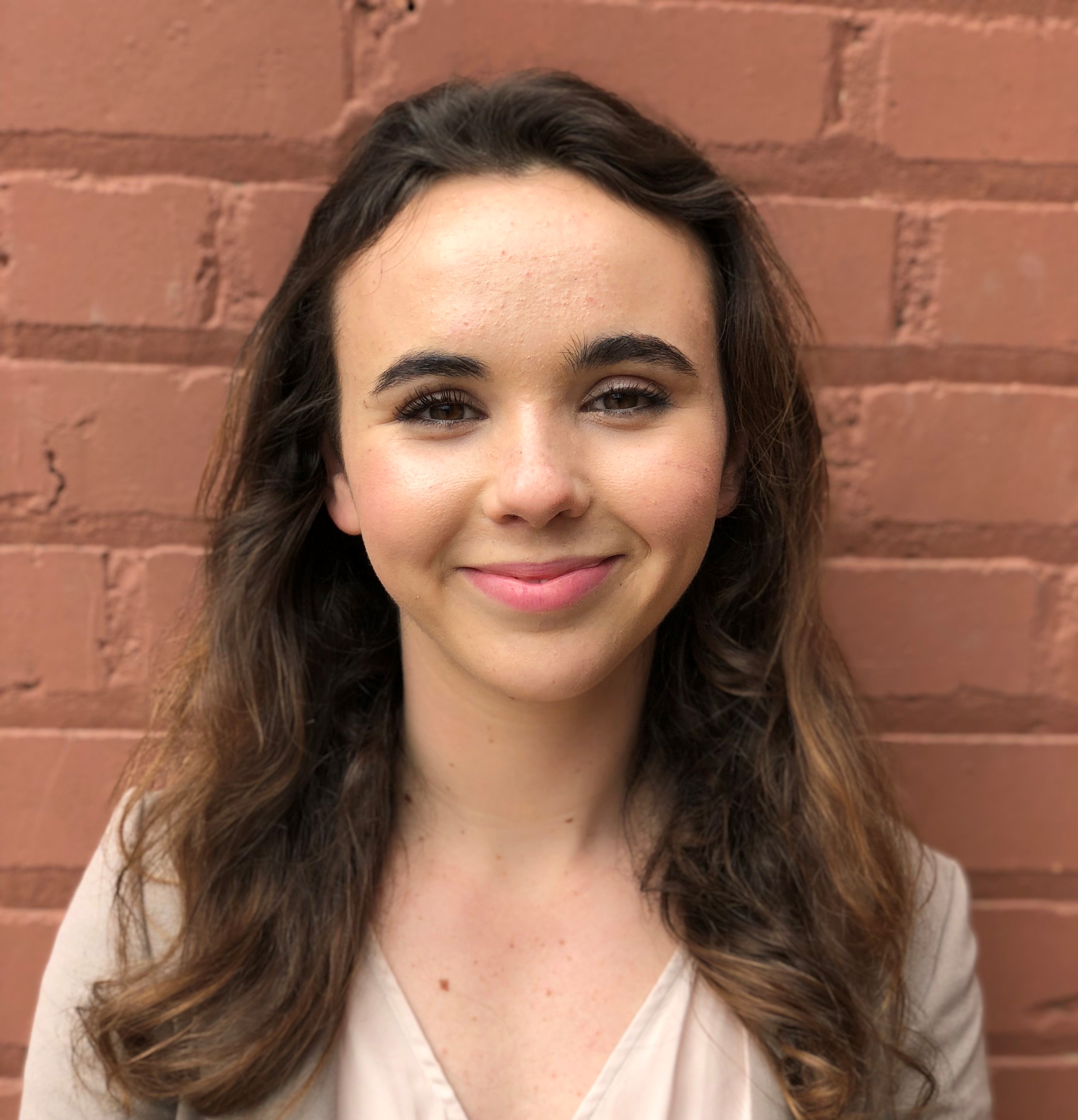 Kate Hanlon is majoring in Political Science at St. Edward’s University concentrating in the areas of international conflict and cooperation, and security and stabilization operations with a regional focus on East Asia. Kate is an Army Reserve Officer Training Corps (ROTC) Cadet at the University of Texas at Austin where she will commission as a Second Lieutenant in Spring 2020. As a cadet, Kate participated in the Army Cultural Understanding and Leadership Program in Poland where she trained with the Wrocław Multinational Brigade and Military Academy of Land Forces. She also participated in Project Global Officer in 2018 studying Chinese language in Shanghai, China. Kate has served in leadership roles in her battalion in several capacities, including acting as an Operations Officer and Ranger team Captain. She held an internship at United States Army European Command in Stuttgart, Germany in Summer 2019 working with the United States Agency for International Development (USAID). Kate maintains an outstanding academic record as a Dean’s list recipient, Honor’s Program participant, and Pi Sigma Alpha member. After graduating in May 2020, Kate hopes to pursue a career in Military Intelligence and Civil Affairs with a regional focus on East Asia. Kate supports the Kozmetsky Center serving as a research assistant on current event topic areas, campus and community event promotion, and expanding relationships with campus departments and student organizations. 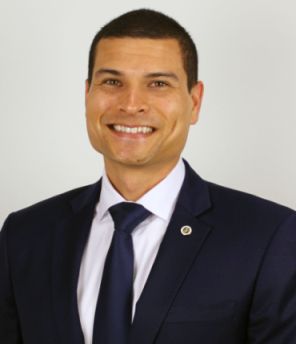 Ryan Lamson is majoring in Global Studies at St. Edward’s University concentrating in the areas of in international conflict, cooperation and security with a regional focus on Latin America (Spanish).  Ryan enlisted in the United States Marine Corps in 2007 and served in various leadership and security assignments at the US Embassies in Kabul, Brussels and US Consulate in Karachi.  Among several assignments from 2007-2015 in the USMC, Ryan was an infantry squad leader and US Embassy security guard which included providing security support for the POTUS and Secretary of State.  In addition, he held a leadership post in Family Readiness assisting service members and their families deployed overseas in establishing associations with local communities.  Ryan holds the Navy and Marine Corps Achievement Medal, Iraq Campaign Medal and Department of State Meritorious Honor Award.  He has also contributed to the community by participating in St. Edward’s Students for Sustainability, Second Harvest Food Bank in Orange County and supporting educational, cultural and sports activities for students of the Karachi American School in Pakistan.   An honor’s student at St. Edward’s University, Ryan is interested in pursuing graduate study and a professional career in the international security area.    Ryan is supporting the Kozmetsky Center primarily in event site management, protocol, and campus program coordination. 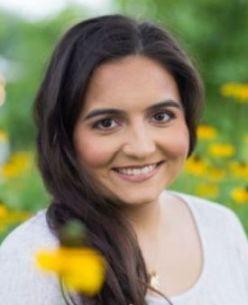 Alesondra Cruz majored in Political Science at St. Edward’s University concentrating in international relations, international institutions and political economy.  In Fall 2017, Alesondra studied at American University in Rome completing coursework in international relations, international human rights, and migration. She has served as a Legislative Intern in the Texas House of Representatives on the staff of Representative Matt Rinaldi. While maintaining an outstanding academic record as a President’s Merit Scholar, Honor’s Program participant, Alpha Chi and Alpha Lambda Delta Honor Society member, CATO Institute Bastiat Scholar, Alesondra has also been quite active in supporting community efforts including participating in refugee work at III Soggiorno in Rome, working as a refugee tutor for the SERVE Austin program, participating in The Annette Strauss Institute for Civic Life and New Politics Forum as a Texas Civic Ambassador and much more.  She has been a St. Edward’s University Orchestra Flautist.   A native of Richmond Texas, Alesondra completed here undergraduate degree in Political Science in Spring 2019 and was accepted into the 2019 cohort for the John Jay Fellows Program in Langhore, Pennsylvania. She plans to attend law school in Fall 2020.  Alesondra contributed to the Kozmetsky Center in the areas of campus and community event promotion and liaison with campus departments and student organizations. 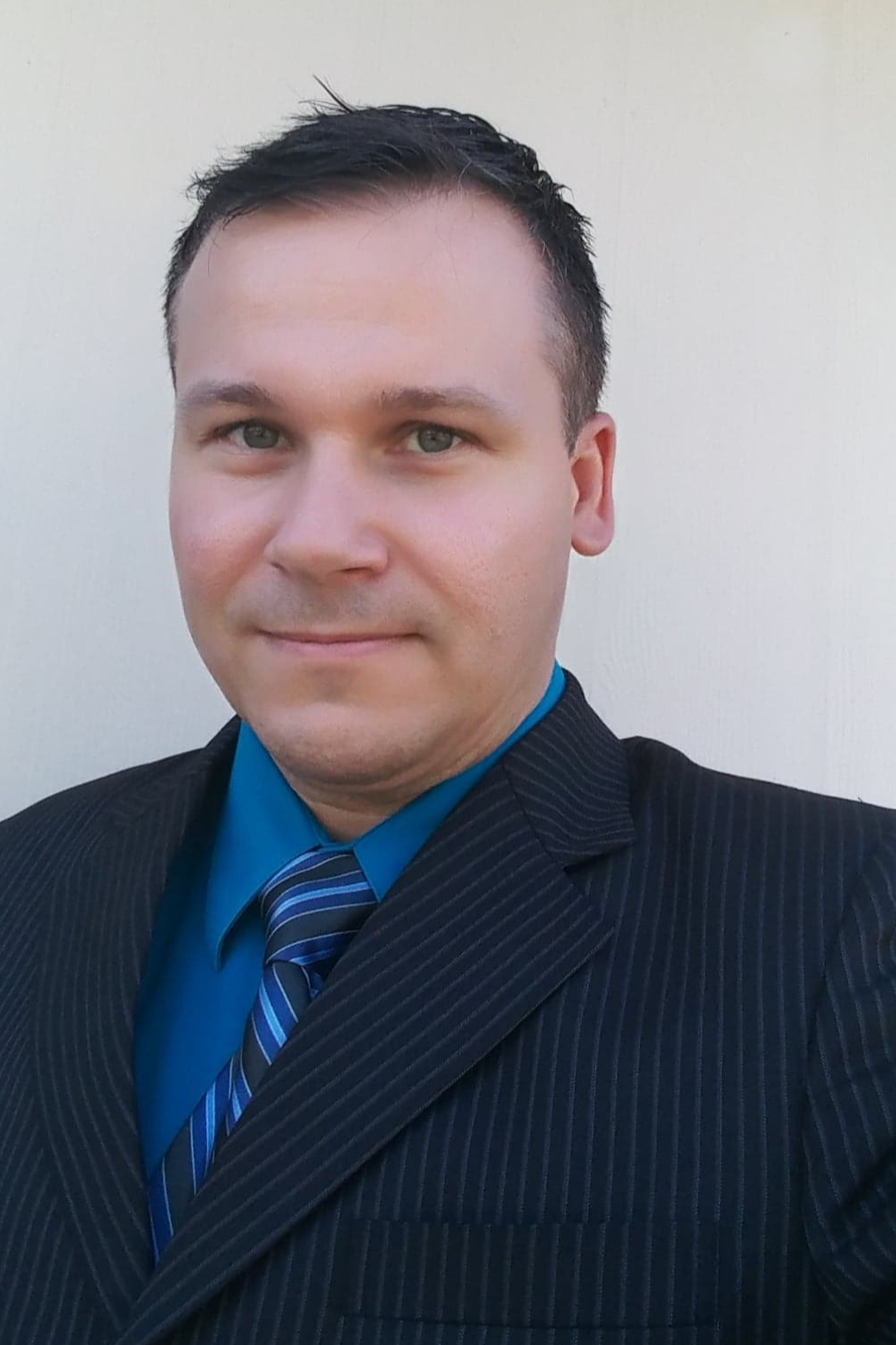 Christopher Leonard is a senior at St. Edward's University majoring in Global Studies concentrating in the areas of international conflict, cooperation, and security with a regional focus on the Middle East. Chris enlisted in the United States Army in 2009-2015 and currently serves in the Texas National Guard. While in the armed services, he studied Farsi at the Defense Language Institute. Chris served in various leadership and operations assignments across the globe including Camp Humphreys (South Korea), Kandahar (Afghanistan), and Fort Hood (Texas, USA). After completing his studies at SEU consistently maintaining a 3.9 GPA while working full-time, Chris hopes to pursue a career in national security and intelligence following graduation in December 2019. Christopher is supporting the Kozmetsky Center primarily in event site management, protocol and campus and community outreach.