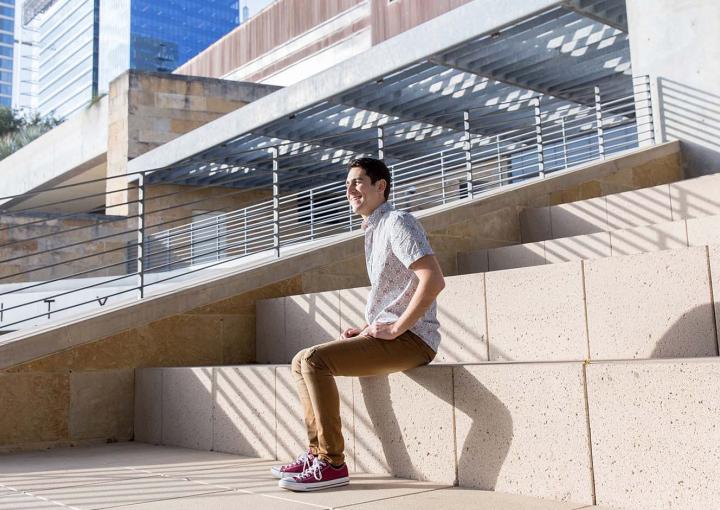 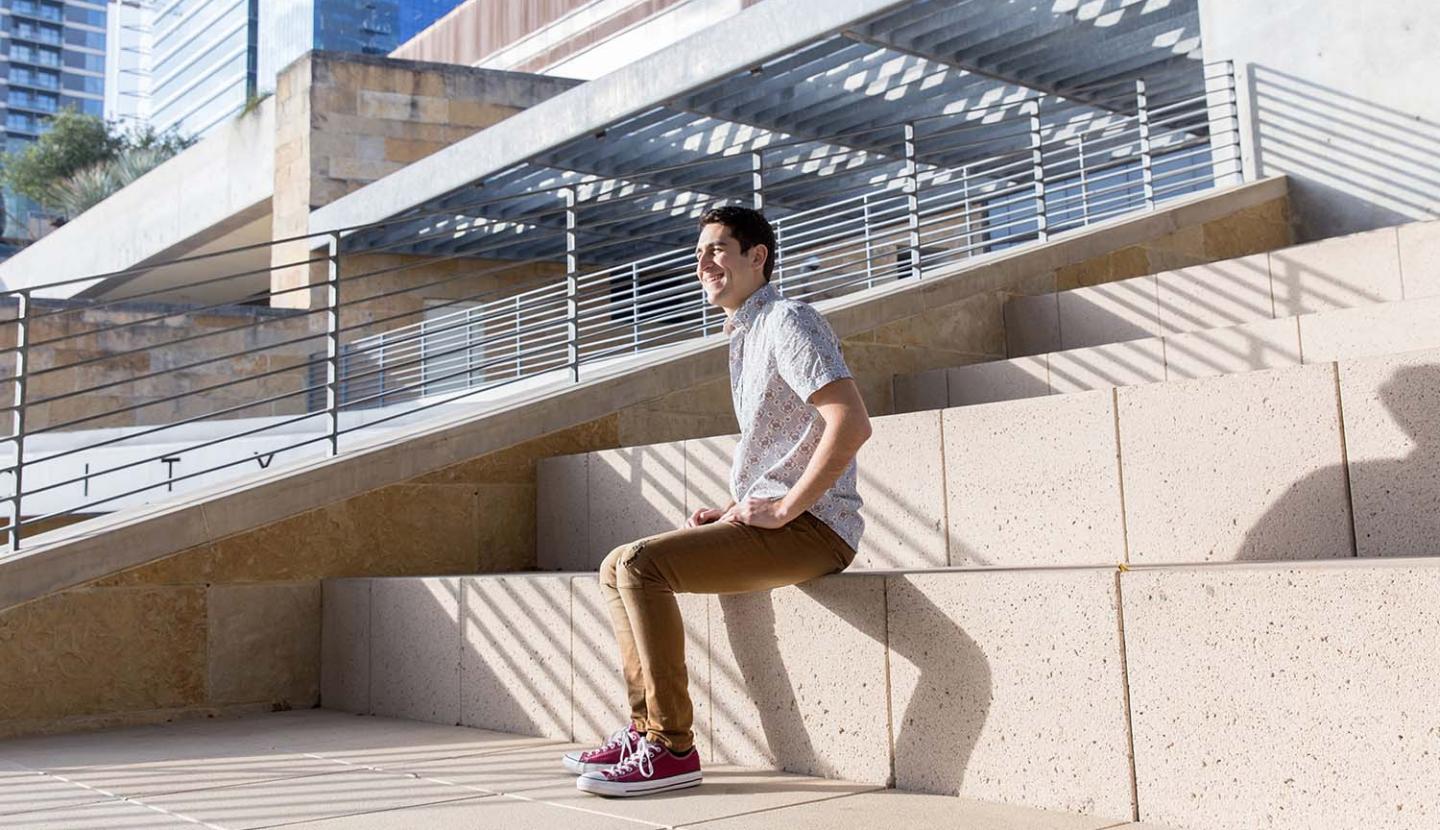 When Miguel Escoto ’19 walks across the dining hall for his all-time-favorite falafel and rice, the mural painted inside South Congress Market stops him in his tracks. Every time. “The mind will not be cultivated at the expense of the heart,” it says. The iconic quotation from Blessed Basil Moreau, founder of the Congregation of Holy Cross, has permeated the culture of St. Edward’s University since its very founding. Some 130 years later, his words still resonate.

“For me, that quote is the ethos of St. Edward’s,” says Escoto. “It reminds me every day that I can work for change in my world.”

A vegan and environmental activist, Escoto has channeled his energy into green causes as president of Students for Sustainability. When representatives from the Bureau of Ocean Energy Management came to town in February seeking input on the Department of the Interior’s plan to open coastal waters to oil and gas leases, Escoto planned a poster-making session and organized student volunteers to protest at the meeting. “Oceans over Profit$!” one sign read. “Stop CO2lonialism!” read another.

“It’s calming and empowering to work with students who care about the same causes as I do,” says Escoto, who has also organized park cleanups, neighborhood canvassing and a sustainability-focused writing contest. “There’s a sense of urgency we have that older generations seem to lack. Working to preserve the 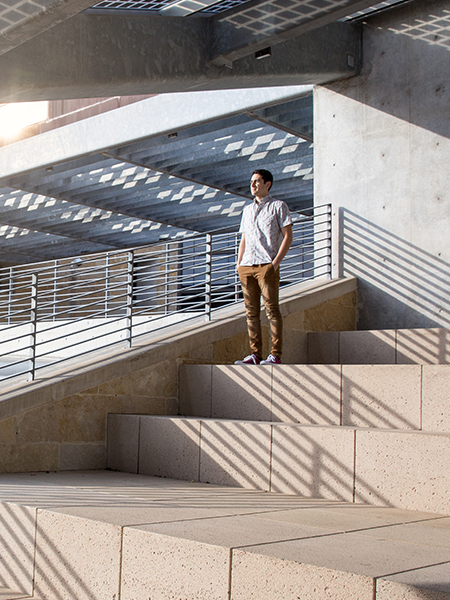 environment feels like a distant goal to them, like something that can be put off until later. But, to my generation, not enough is being done. Putting it off means it will be too late.”

A Political Science major and Writing and Rhetoric minor, Escoto is taking advantage of opportunities to combine his activism with academics. Last summer, he honed his social-justice writing skills at the New York State Writers Institute at Skidmore College, a monthlong program he attended thanks to a Summer Academic Excellence Award from St. Edward’s. Through workshops and readings with the likes of author Adam Braver and poet Robert Pinsky, Escoto completed a chapter of a dystopian novel that explores the consequences of climate change.

“I see writing as a way to help others grasp tough issues,” he says. “Learning how some of the country’s best writers approach the creative process helped me see what might advance my own craft.”

Escoto, a Student Government Association senator, is now putting those tools to work as an intern in Austin Mayor Steve Adler’s office. Last fall, as a member of the communications team, Escoto filmed the mayor’s speeches and edited them for social media platforms. He saw firsthand how the written word could “jump off the page and inspire people. Hearing Mayor Adler speak so passionately about renewable energy and Austin’s future gave me real hope,” he says.

In the spring, Escoto moved over to the mayor’s policy team. He reviewed research for Austin’s 100-year water conservation plan and solar power initiatives, in addition to reporting to the mayor about the City Council’s Austin Energy Utility Oversight Committee meetings and recommendations.

“We think Miguel is fantastic — his commitment to sustainable energy and his interest in local government has added depth and capacity to our office,” says policy aide Janine Clark, who is Escoto’s internship supervisor. “We are excited to see what his future holds.”

Ultimately, Escoto hopes to turn his passions for writing and activism into a political career. He plans to go to law school after he graduates next year and is considering running for office one day. He might also find time to finish that dystopian novel. “I’m a big believer that creative writing and political changes go hand in hand — think Orwell and Sinclair,” he says. “I'm grateful for all the support St. Edward’s has given me in achieving my goals in both areas. I’m positive I wouldn’t be the same person without these experiences.”