10 Young Alumni on the Rise

How St. Edward’s Graduates Are Defining Their Success 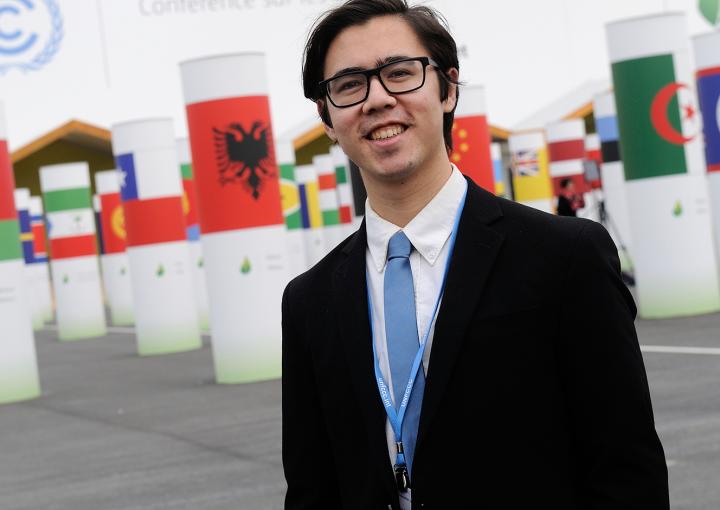 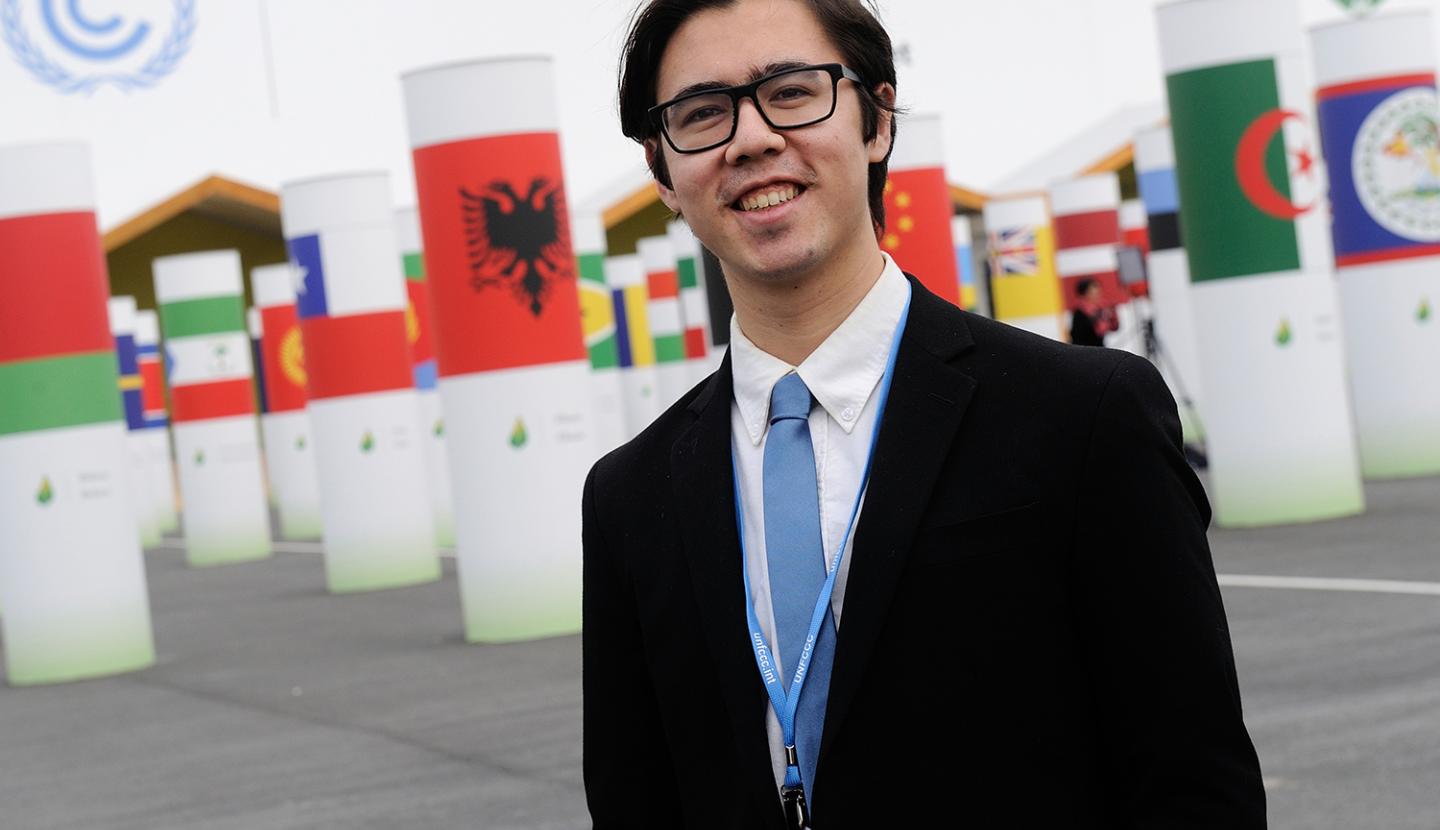 From Emmy and Tony and SXSW award winners to scholars at Yale and UC Berkeley — the long list of successful St. Edward’s graduates keeps growing. They’re climbing the ranks at corporate giants like Facebook, Anheuser Busch and Ernst & Young. It makes us proud! It also makes compiling a short list of alumni to spotlight more difficult each year. (But we welcome the challenge.) This time around, we chose 10 outstanding graduates — all in their 20s or early 30s — for the innovation, leadership and passion they bring to their careers. Meet these inspiring Hilltoppers. 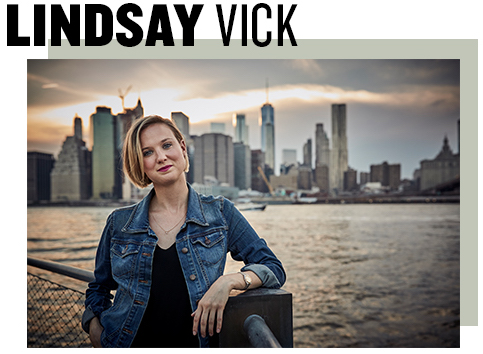 Lindsay Vick ’07 had plans for a career in politics, but her goal shifted when she studied abroad in Spain during her junior year at St. Edward’s. “I fell in love with it,” she says. After graduating, she moved to Spain, became fluent in Spanish, and created a career trajectory that led to a master’s degree in International Relations followed by jobs in sales and global marketing for hotels, renewable energy and professional sports. Now based in Manhattan, Vick

is director of marketing at FILA North America. Last spring, she launched the brand’s first global pop-up shop program, which was covered by Fast Company magazine.

Ever since his parents bought him a video camera when he was 6 years old, Charles Rogers ’09 has been making movies. He brought that passion to St. Edward’s, where he started the Sorin Reel Film Festival as a venue for screening students’ films. “I look back at that experience as one of the most awesome memories I have,” he says.

When Roger’s indie feature film Fort Tilden, which he co-wrote and co-directed, won the 2014 South by Southwest (SXSW) Grand Jury Award, he headed to Los Angeles and was hired to write for the Netflix series Wet Hot American Summer: First Day of Camp and the Amazon series Mozart in the Jungle. 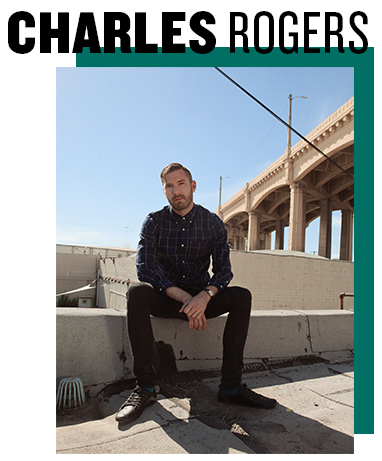 Since then, Rogers has garnered a string of successes and industry praise, including creating, writing and directing the acclaimed show Search Party, which is entering its third season on TBS. He was chosen as one of Variety magazine’s 10 TV Writers to Watch. And he was named to Forbes 30 Under 30 list of most influential people in Hollywood and entertainment, and to Out magazine’s list of 100 most influential LGBTQ people. His new short film Men Don’t Whisper is drawing considerable attention in the film festival circuit (including SXSW and Sundance). Now he’s expanding that film into a full feature. 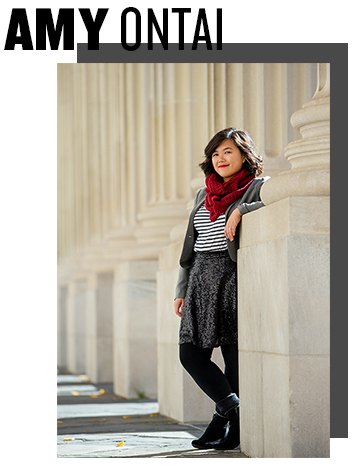 For her senior thesis at St. Edward’s, Amy Ontai ’17 merged her love of science, music, teaching, writing, performing and video production (and her wicked wit) to create an interactive science-rapping web series. Fly Sci with Ms. Ontai made learning science fun for kids. Amy’s experience on the hilltop paved her way to Yale’s PhD program in Microbiology. “One of the most important things my college experience taught me is that I do belong here,” she says. “Being here is not only a great accomplishment for me but for minority women in STEM everywhere.”

Hear what Amy says about being a McNair Scholar at St. Edward’s.

It’s no surprise that Jorge Almeida ’10 is excelling as a leader in the advertising and marketing industry. During his time on the hilltop, he participated in almost every leadership opportunity that came his way, including LeaderShape and Leading EDGE at St. Edward’s, and the annual Hesselbein Global Academy for Student Leadership Summit held in Pittsburgh. While a student, he got his first taste of agency work as an account management intern with LatinWorks, a branding agency in Austin. 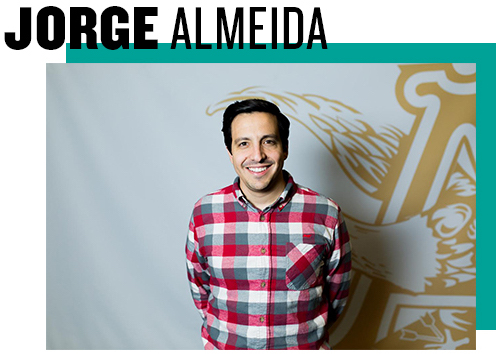 “My opportunities at St. Edwards helped me become the type of leader I wanted to be,” says Almeida. “I learned the aspects that build high-performing and functional teams and have been able to bring that into my day-to-day responsibilities.”

Almeida began his career with The Richards Group in Dallas. After five years of working in an advertising agency environment, he joined Anheuser-Busch in Dallas, and later New York, to learn the client slide of the business. He became a Senior Brand Manager and the lead on all social and digital marketing initiatives for the company’s flagship brand, Budweiser. “I enjoyed working with such a storied brand that doesn’t have an awareness issue, yet is the underdog in such a competitive beer market,” says Almeida.

In 2019, Almeida returned to Texas to join the Avocados From Mexico digital team, where he currently leads all social media and content for the brand and oversees campaigns such as Super Bowl and Cinco de Mayo. 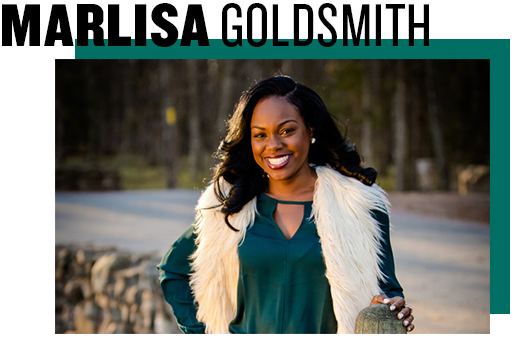 When award-winning journalist Marlisa Goldsmith ’11 sees problems or injustice, she leverages the full force of her position in the media to effect change. “I don’t believe our job as journalists is done after our newscasts are over. There’s a certain amount of power and responsibility [in this position]. I’m all about accepting that to enrich lives and the community,” she says.

While at St. Edward’s, Goldsmith explored working in the news media with internships at WPGC radio in Washington, D.C., and KEYE-TV in Austin. It proved to be her calling. Shortly after graduating, she went to work with KRBC-TV in Abilene, Texas. She then went to KTHV-TV in Little Rock, Arkansas, where she exposed crime problems, outdated county ordinances and prompted policy changes. Her next career move took her to Pittsburgh, Pennsylvania, as an anchor/reporter at WPXI-TV. She recently returned to KTHV in Little Rock as an evening anchor and reporter.

Goldsmith received a 2018 Robert L. Vann Award of Excellence from the Pittsburgh Black Media Federation. She won first place in the TV Broadcast news category for her report on a shooting in a neighborhood just blocks away from a summer youth program. She was a 2018 Emmy Award nominee for her in-depth coverage of another shooting in a Pittsburgh suburb. In 2017, Goldsmith was nominated for two Emmys and won the award for her contribution to team coverage of a Pittsburgh water main break that grew into a water crisis for the city.

For Christopher Jackson ’16, using science to tackle big dilemmas like climate change is at the heart of what’s most important to him. “I want my research to make a difference in the world,” he says. While at St. Edward’s, he did research at the Department of Energy’s Stanford Linear Accelerator Center and at NASA, and he served as a student representative at the 2015 Paris Climate talks. Jackson was awarded 5-year Graduate Student Instructor and Graduate Student Researcher appointments at the University of California Berkeley, where he’s conducting research tied to important renewable energy applications.

Find out where Jackson’s St. Edward’s experiences took him and what he’s up to at UC Berkeley. 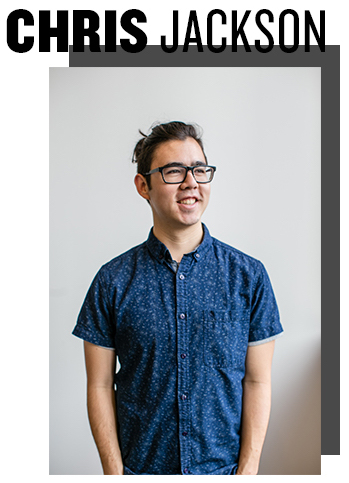 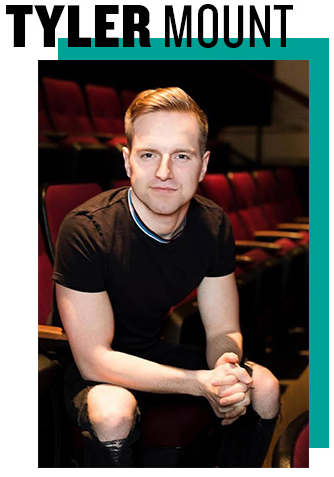 Tyler Mount ’13 co-produced Once on This Island, which won a 2018 Tony Award for Best Revival of a Musical, making him one of the youngest Tony Award–winning producers in history. His current show, Hadestown, was nominated for 14 Tonys and won eight. A self-proclaimed proud Hilltopper, Mount immersed himself in the Theater Arts program at St. Edward’s as a stage manager and actor in over 30 productions with the university’s Mary Moody Northen Theatre and theater groups across Austin.

Mount describes his wildly popular vlog that made him a social media star as “the best accident that ever could have happened.”

When fellow Theater Arts major Yasmin Abu Al Jaibat ’13 visited him in Manhattan for a weekend, they thought it would be fun to start a vlog about “all things Broadway,” so that’s exactly what they did. “At the time, I was working with Gloria Estefan in her On Your Feet show. She appeared on the vlog, and the rest was history,” says Mount. He produced two episodes a week for three years, with celebrity appearances by Lin Manuel-Miranda, Jerry Mitchell, Billy Porter and many others. The Tyler Mount Vlog merged with Playbill.com, was featured in The New York Times and Forbes magazine, and became a fixture in the Broadway community, with over 3 million followers.

“I’ve wanted to go into public service since I was a little girl,” says Victoria Ochoa ’15. The Political Science major and Truman Scholar, entered the University of Pennsylvania Law School this fall. She is one of five Toll Public Interest Scholars chosen from among the incoming class for her demonstrated commitment to public service. The Toll program provides a full scholarship and stipend, and coursework designed to prepare students for a career in public-interest law. “In the long term, regardless of whether I run for office or conduct research, I want to represent people who are underrepresented,” says Ochoa. 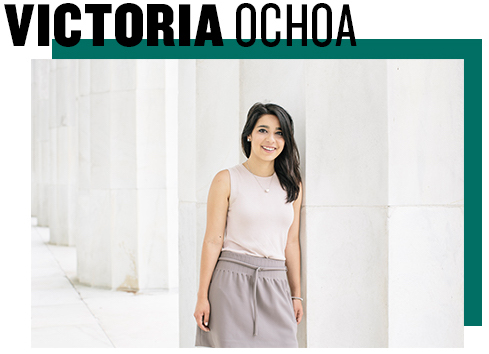 While at St. Edward’s, Ochoa won the highly competitive Truman Scholarship (the first for the university), which supports the next generation of public service leaders. She also completed a fellowship with The Partnership for Public Service and then worked in the Secretary of Commerce’s office during the end of the Obama Administration. Before beginning law school, she served as Assistant to the Chief of Staff for U.S. Senator Martin Heinrich (D-NM) in Washington, D.C. In July, The Washington Post published Ochoa’s opinion piece about border towns and immigration, in which she shared insights from her hometown in the Rio Grande Valley.

Hear what Ochoa says about the Truman Scholarship and St. Edward’s. 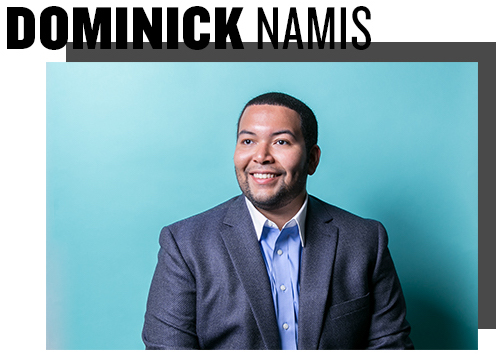 As an undergraduate at St. Edward’s, Dominick Namis ’17 spent a summer interning as an internet analyst in the San Francisco office of Mozilla, the maker of the Firefox browser. His internship helped him land his current job at Facebook’s Austin office. He works as a partner manager, helping ad agencies that specialize in healthcare, ecommerce, technology and other fields understand Facebook’s opportunities for their clients. Namis credits his professor at St. Edward’s with preparing him to succeed. “Having been mentored by them and given a strong work ethic and drive has helped me do well in this environment,” he says.

Heeding the advice of her academic counselor at St. Edward’s, Janaeé Wallace ’15 completed the 11-month University of Notre Dame’s Engineering, Science & Technology Entrepreneurship Excellence Master’s (ESTEEM) Program. ESTEEM added business, marketing and technology skills to the scientific knowledge Wallace gained with a Biology major and Chemistry minor at St. Edward’s. She knew the combination of business and science would prepare her to fulfill her dream. 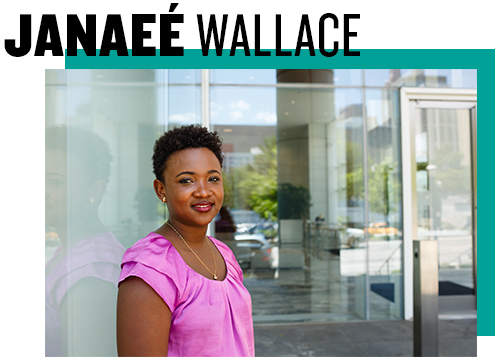 “My long-term goal is to return to the Bahamas to mentor and grow a STEM-focused business there and throughout the Caribbean,” she says. “I want to be able to develop a system of technology, hopefully starting with aquaponics, starting with island and coastal nations that gives a presence on the global stage for developing countries.” Her plan includes involving Bahamian students in her research and company to help nurture their STEM skills and talents.

Wallace’s consulting role with Ernst & Young is sharpening her entrepreneurial and industry knowledge while she secures capital for her venture in the Bahamas. Her position has her assisting with digital strategy, customer experience, financial modeling, data analytics and overall program management for clients in the life sciences, healthcare and agriculture industries.

It’s OK to Ask for Help