Ward-Peradoza, who joined the university in 2019, previously served as dean of The Bill Munday School of Business and most recently as interim provost following the departure of outgoing provost Andrew Prall last July. In her new role, Ward-Peradoza will lead the faculty and staff in the division of Academic Affairs which includes oversight of all undergraduate and graduate programs, the academic schools, Registrar’s Office, Sponsored Programs, Student Success and the Holy Cross Institute.

“While serving as interim provost, Marianne demonstrated capable, tireless and steady leadership, and she played an integral role in the development of our Strategic Plan 2027,” said St. Edward’s President Montserrat Fuentes. “Marianne shares our commitment to the Holy Cross mission and is the best person to lead academic affairs for the future of St. Edward’s. I look forward to working with her to help ensure we meet all of our strategic goals including academic excellence and distinction.”

In addition to serving as co-chair of the Strategic Plan 2027 committee, Ward-Peradoza served on the president’s cabinet and as administrative liaison for the Institutional Oversight and Academic Affairs Committee of the Board of Trustees.

During her time at The Bill Munday School of Business, she guided the business school through the Association to Advance Collegiate Schools of Business (AACSB) accreditation process.

Ward-Peradoza earned her doctorate in Economics from the University of Miami Herbert Business School and is an expert in global studies and economic development.

Louise Single will continue as interim dean of the business school, as the university launches a national search in the fall semester for the next dean of The Bill Munday School of Business. 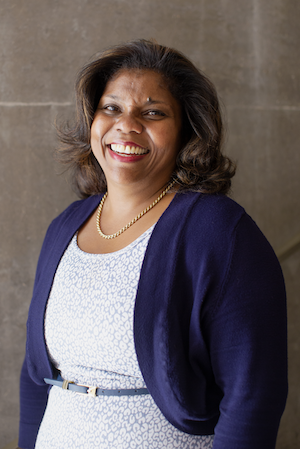