These alumni were recognized for their accomplishments during Homecoming and Family Weekend, February 19-21, 2016. 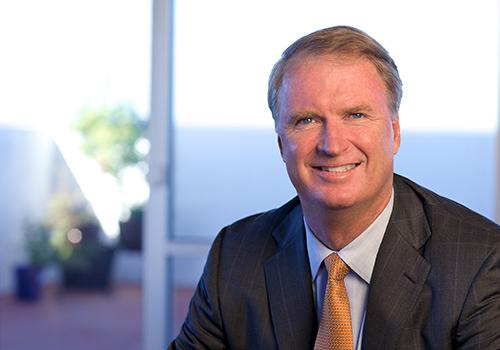 Robert "Bob" C. Hilliard '80 has been practicing law in the State of Texas since 1983. In 1985 he founded what is now Hilliard Muñoz Gonzales, a national personal injury trial law firm specializing in mass torts, catastrophic personal injury, product liability, commercial and business litigation, and wrongful death. He is board certified in both Personal Injury Trial Law and Civil Trial Law by the Texas Board of Legal Specialization. In 2012, Bob, along with his friend and former St. Edward’s classmate Steve Shadowen ’80, opened the Austin law firm of Hilliard & Shadowen. Their focus is economic justice (consumer fraud, antitrust and related matters) as well as civil and human rights.

Bob is a member of The Litigation Counsel of America, an invitation-only honor society for lawyers.  He has been named Texas Super Lawyer (2003, 2004; 2006–2015) and one of the top 100 Trial Lawyers for 2011 by the National Trial Lawyers.  In December 2015, in New York City, he was awarded the 2015 National Elite Trial Lawyer of the Year by the National Law Journal.  In 2014, he was inducted into the Texas Lawyer Verdicts Hall of Fame. The Innocence Project of Minnesota recognized Bob (along with his co-counsel) with the 2010 Never Forgotten Award for their work to free Koua Fong Lee from prison; Mr. Lee had been wrongfully convicted of causing a fatal crash and spent almost three years behind bars as a result (he had been driving a Toyota that has since been shown to have sudden unintended acceleration).  Public Justice named Bob a National Finalist for Lawyer of the Year in 2013.  In 2014, Bob was appointed by a federal judge in New York to lead the nation’s litigation against General Motors as a result of its defective ignition switch. Over decades, Bob has earned a reputation for successfully taking on some of the largest and wealthiest companies, including General Motors, Toyota and Coca-Cola.

Bob graduated summa cum laude from St. Edward’s in 1980 with a bachelor’s degree in English Literature.  He was President of his junior class, and Vice-President of his senior class. He wrote a weekly column for The Hilltopper.  He was a four-year letterman on the tennis team and its captain during his junior and senior years.  He achieved a national ranking of 12th in singles.  Bob was the Big State conference singles and doubles champion in his junior and senior years.  During his senior year Bob won the school-wide Ed Norris Outstanding Male Athlete of the Year.  The tennis team was coached by Bob’s mentor, Brother Emmett Strohmeyer, CSC whom Bob would honor by naming his third son, Robert Emmett Hilliard, after him.  Br. Emmett insisted on three things from the tennis players:  you had to be a gentleman on the court, you had to be on the Dean’s List, and you had to win.  In 1989, Bob was inducted into St. Edward’s Athletics Hall of Fame for his dedicated years to the tennis team. 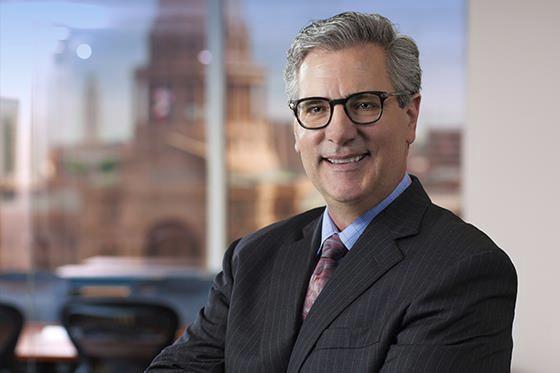 Steve D. Shadowen ’80 is a St. Edward’s University Trustee, attorney and founding partner of Hilliard & Shadowen LLP. He and Bob Hilliard ’80, one of his best friends and college roommate, established the firm to pursue economic and social justice cases on behalf of people hurt by corporate or institutional wrongdoing. Their focus is social justice, including antitrust and related matters as well as civil and human rights.

In the antitrust field, he has served as lead counsel in numerous groundbreaking litigations challenging the anticompetitive tactics of the nation’s largest banks and pharmaceutical manufacturers.  In addition to his law practice, Steve has been an adjunct professor of law at Pennsylvania State University Dickinson School of Law since 2010.  He is a sought-after speaker on competition law and policy and regularly participates in symposia on those issues at universities throughout the United States and Europe.

Steve has been granted a number of accolades. For his work in securing economic justice for healthcare consumers, in 2013 the American Antitrust Institute awarded him its first-ever national accolade for Outstanding Antitrust Litigation Achievement in Private Law Practice. He is consistently ranked as a Best Lawyer in America in Antitrust Law and Commercial Litigation, and Chambers USA ranks him as one of America’s Leading Lawyers for Business.

In the civil rights arena, he is dedicated to improving young people’s access to education. His scholarly articles regarding preferences for the affluent in admissions to elite universities led the Century Foundation to publish its groundbreaking work, Affirmative Action for the Rich. Regarding human rights, he and his law partner Bob Hilliard represent the families of Mexican nationals killed by U.S. Border Patrol agents along the southern border, obtaining the first ever ruling that Mexican nationals killed by U.S. agents in Mexico can obtain judicial review of those killings in U.S. courts — an issue that is now pending in the U.S. Supreme Court.  He reveres the “equal protection” clause of the Fourteenth Amendment, and to celebrate the upcoming sesquicentennial of that Amendment he and a co-editor are at work on a three-volume set of the speeches and letters of its author, John A. Bingham.

In 2011, Steve established The Professor William Zanardi CAMP Endowed Scholarship, named after the professor who was a major influence on him during his time at St. Edward’s. 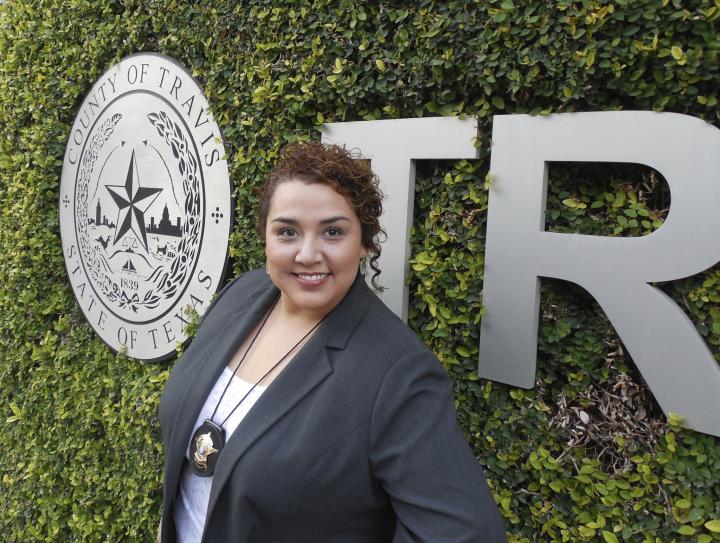 Marissa B. Valencia ’06 is Deputy Chief Investigator with the Travis County Medical Examiner’s (TCMEO) Office in Austin, Texas. In this role she helps supervise 10 other investigators, and in the Chief Investigator’s absence serves as acting Chief Investigator. As a board certified death investigator, she has conducted over 4,300 death investigations to date, many of which were complex in nature (suspicious and/or high profile). She began her career with TCMEO in March 2006 as a Forensic Medical Examiner Investigator, and earned two promotions to reach the position she has today. She was a major proponent for TCMEO’s investigator internship program and was designated as the primary intern mentor.  She was also designated as the primary trainer of all newly hired investigators. She is dedicated to helping obtain social justice for victims of crimes in Travis County.

Marissa was the first student to graduate with a degree from the Forensic Science program at St. Edward’s University. An internship with the investigative section at TCMEO, as well as encouragement from her faculty mentor Dr. David Horton (now retired), motivated her to pursue a career as a death investigator. She credits St. Edward’s for teaching her how to be a professional in the workplace, inspiring her to care about the world around her, and instilling in her a sense of purpose.

She is passionate about sharing her professional knowledge and skills with young people who might follow in her footsteps. She has presented as a guest speaker in several forensic science classes at St. Edward’s, including Introduction to Forensic Science, Death Investigation, and Crime Scene Investigation. Marissa also contributes to the community and serves as a role model through her volunteer work. Since 1996 she has been involved in various capacities with the local non-profit organization Con Mi Madre, whose goal is to increase the representation of Hispanic women in higher education; in 2013, at the annual Con Mi Madre Corazon awards banquet, she was recognized for her success as a young Latina. From 1998-2012 she volunteered with GOLD (Giving Opportunities for Leadership Development), serving as a role model for youth to become responsible and ethical leaders in society. She also volunteered to help evacuees of Hurricanes Katrina and Rita in 2005, earning recognition by the mayor’s office for her service to the City of Austin. 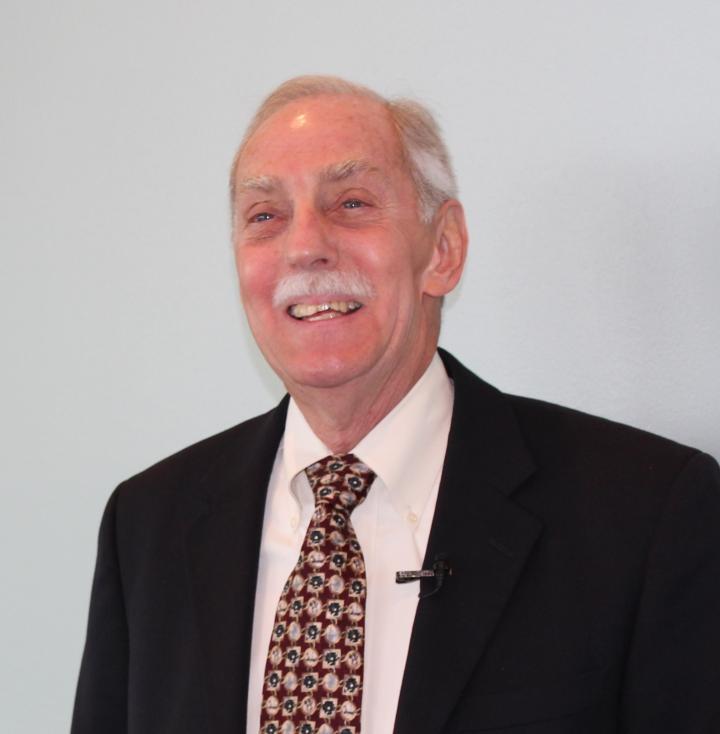 John Dudney hs ’59, ’64 has served the St. Edward’s community since his first day on campus as a junior at St. Edward’s High School, nearly 60 years ago. “I was here about 15 minutes before I knew this was the place for me,” he says. Upon graduation from high school, he attended St. Edward’s University and earned a bachelor’s of business administration degree in management with a minor in economics. John recognizes the Brothers of Holy Cross, and in particular Br. Emmett Strohmeyer, as being his mentors during those formative years. They instilled in him important values of self-respect, respect for others, responsibility, self-discipline and citizenship, which have guided him throughout his life. His St. Edward’s experience also helped him realize and develop people skills as well as fortitude for managing assets, which helped him achieve many professional accomplishments in insurance regulation, real estate, retail management and nursing home administration during his career.

Now retired, John continues to be closely involved with St. Edward’s, and is always willing to help the university’s faculty and staff with whatever is asked of him. He has been instrumental in supporting the university’s efforts in building and maintaining a strong relationship with St. Edward’s High School alumni. He served as the St. Edward’s High School representative on the Alumni Association Board of Directors from 2008-2014, which he maintains was an honored and humbling position. He was a key volunteer for his 50th High School class reunion in June 2009. He is a proud member of the Golden Guard and leads the charge on getting his fellow alumni to attend events in support of the university.  At the Golden Guard luncheon during Homecoming 2009 and 2010, he delivered the welcoming remarks and introduced University President George E. Martin. John also attends numerous university and alumni association-related events on and off campus, and is a regular "parishioner" at Our Lady Queen of Peace Chapel.

John has also enjoyed giving back to his community through his volunteer efforts.  He has used his business administration skills and experience to staff and supervise Disaster Recovery Centers in Texas and Florida. He also has been involved in youth sports for much of his life, in particular serving the administration of youth programs for the City of Austin. John is devoted to his family: his wife and best friend of more than 50 years, as well as his two children and three grandchildren, of whom he is very proud.

John is an invaluable member of the St. Edward's community, and we are grateful for his loyalty, leadership and friendship.