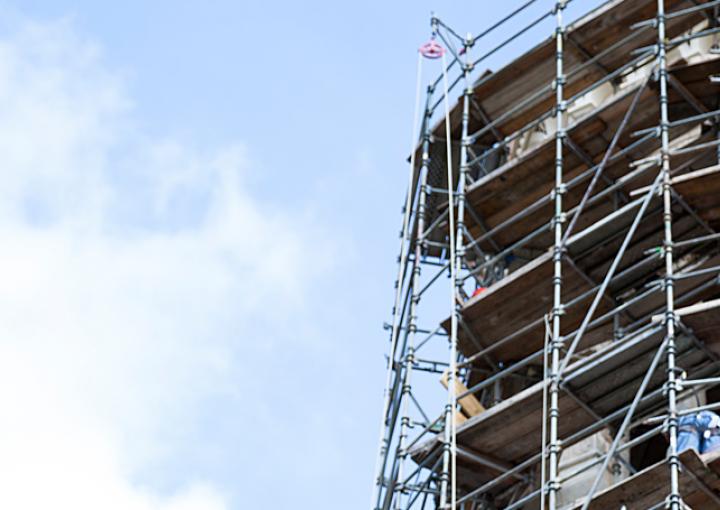 For more than a century, the Congregation of Holy Cross priests, brothers and sisters have served as teachers, administrators and spiritual leaders at St. Edward's University.

All carry out the vision of Blessed Basil Anthony Moreau (1799–1873), CSC, founder of the Congregation of Holy Cross, who began educating the hearts and minds of students in 1837.

The connection between the Congregation of Holy Cross and education can be traced to Father Moreau's childhood, a time when all Church property had been given over to the revolutionary government. Catholic Masses and Sacraments were illegal, as was any kind of religious schooling. Most schools prior to the Revolution were Catholic and, in the aftermath of the French Revolution, many children went without formal education.

From the outset, Father Moreau believed Holy Cross followers should serve the church beyond the frontiers of France. During the congregation's first 15 years, Father Moreau sent missionaries to Algiers, Eastern Bengal (now Bangladesh) and the United States.

The first and most important effort of Holy Cross in the United States was in Indiana. In 1841, Father Moreau sent six brothers and one priest — Father Edward Sorin — ready to meet the needs of a frontier community.

The bishop of Indiana assigned this Holy Cross group to the small settlement of South Bend, where Father Sorin was asked to construct a boarding school that would become the University of Notre Dame.

Father Sorin followed Father Moreau's example of sending out priests and brothers to establish other schools and parishes throughout the United States and Canada. The effort continued despite meager resources, cholera outbreaks, America's Civil War and a constant shortage of Catholic priests and brothers across the frontier.

Learn more about the Congregation of Holy Cross

Learn more about the Brothers of Holy Cross