These alumni were recognized for their accomplishments during Homecoming & Family Weekend, February 17-19, 2017 alongside Athletics Hall of Fame Inductees. 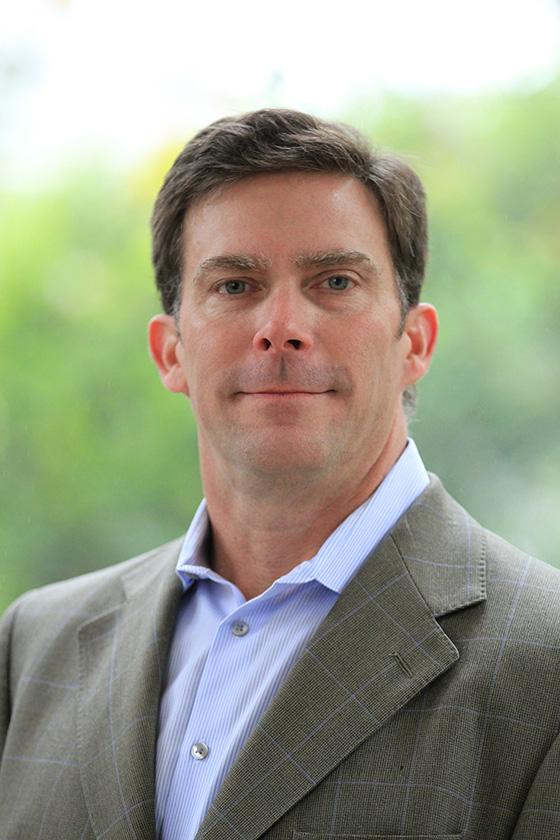 Dr. David Sprague ’95 hopes that people will remember him for his “weird sense of humor” – yet his personal and professional accomplishments are outstanding enough to become his true legacy.

An embryologist and andrologist for Scott and White in Temple, Texas, Dr. Sprague’s resume includes: studying the genetic basis for some forms of male infertility, attending the world-famous “Frontiers in Reproduction” intensive laboratory course (where he was shown how to clone by the researchers who cloned Dolly), participating on the Institutional Biosafety Committee for the Texas A&M University system, and serving as chair of the biotechnology department at Temple College.

He humorously notes that his career as a scientist started, “much to the chagrin of my father, who was an English professor at the University of Texas.”

His academic talents are complemented by personal skills – like explaining complex topics in simpler terms without losing accuracy – and a passion for helping others. Sprague’s motivation is to “empower people by helping them to recognize their own inner strength and talent, thereby giving them confidence in life,” he says.

He also pursues his own (very diverse) set of interests. He plays the electric guitar and enjoys racing motorcycles on road-course tracks. He has an advanced open water certificate for scuba diving. An accomplished equestrian, he’s competed in numerous championships at Texas Hunter and Jumper Association shows, and he instructed other equestrians as a teenager. He was a crew member on the Sir Winston Churchill in the British Merchant Marines, through which he learned sailing in the North Sea.

Dr. Sprague is the model recipient of the 2017 Distinguished Alumni Award.  Taken separately, any of Dr. Sprague’s experiences and talents would be enough to distinguish him from his peers. As a whole, his career and life’s pursuits are a wonderful reflection of the St. Edward’s University traditions of whole-person development and lifelong learning.

About St. Edward’s, he says, “I remember the respect the instructors at St. Edward’s had for each of the students’ welfare, and their care for teaching. Instructors went to great lengths to help explain a concept to students. I have carried this memory with me this whole time.”

In various ways, Dr. Sprague has maintained a close relationship with the Hilltop. He’s kept in touch with Dr. Jimmy Mills, Professor Emeritus of Biology, and Dr. Bill Quinn, Professor of Biology and Computer Science. He has also made a leadership gift to the university’s endowment for a professorship in Dr. Quinn’s honor, served as a speaker for the School of Natural Sciences, and supported the Admission Office’s recruitment efforts.

Dr. Sprague is married and lives in Belton, Texas. He and his wife, Dawn, have two children, William (18) and Maren (15). His grandfather, Francis McNamara ’25, attended St. Edward’s University for two years, and three other family members also spent time on the Hilltop. 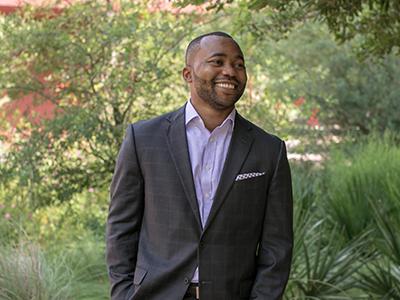 Linus Akanoh ’06 chose his career path out of a “desire to be constantly challenged, and to make a real difference in the community.” As a senior manager with Deloitte Advisory’s Strategic Risk market, Linus focuses on crisis management, disaster recovery grants management, and finance transformation. In the simplest terms possible: his day-to-day work helps to protect and strengthen small businesses, individuals and communities.

Beyond that, Linus is often seeking new opportunities to share his professional expertise with others – leveraging his achievements for the greater good. He says, “I am motivated by the opportunity to make a lasting impact, leaving behind a legacy of education, empowerment and inspiration all around me.” He is an ideal selection for the 2017 Alumni Achievement Award.

Linus led Deloitte’s Junior Achievement outreach program in Central Texas. His role was to help raise funds and provide program support, including volunteering in classrooms. He is involved with United Way, the March of Dimes, and he leads the worship team at his church. Linus’ financial contributions to the community are impressive, too. He gives generously to Mission Capital, an organization dedicated to the success of local nonprofits, as well as to his alma mater, St. Edward’s University.

He has remained actively involved in the university’s educational mission since his graduation. As a guest lecturer for Accounting Information Systems courses, he shared his professional experiences with promising students for seven years. Linus officially became an adjunct faculty member within the Bill Munday School of Business in 2015.

It is not surprising that teaching is one of Linus’ expressions of service to others – he counts St. Edward’s teachers among his most influential role models. “I was challenged and inspired by great teachers, such as Michael Harris, Joseph Pluta, and Barbara Cassidy,” says Linus. “They emphasized going beyond the confines of a textbook to truly understand the world through critical thinking and first-hand experience.”

The St. Edward’s tradition of experiential learning is a natural fit with Linus’ unique talents and strengths, as are the Holy Cross values of respect for others and academic excellence. He says, “I have a natural curiosity for learning and an appetite for new and complex challenges. I also like to focus on meaningful impacts and outcomes.”

Indeed, throughout Linus’ professional journey, he has created meaningful outcomes for many individuals and communities by sharing his expertise, time, talent and treasure with those around him. In doing so, he has made clear a deep desire to transform personal achievements into support for others. “I hope that people will most remember that no matter how high I reached, I always made sure to send the elevator down so that others could join me,” he says.

Linus lives in Austin, where he is an avid golfer and soccer player. 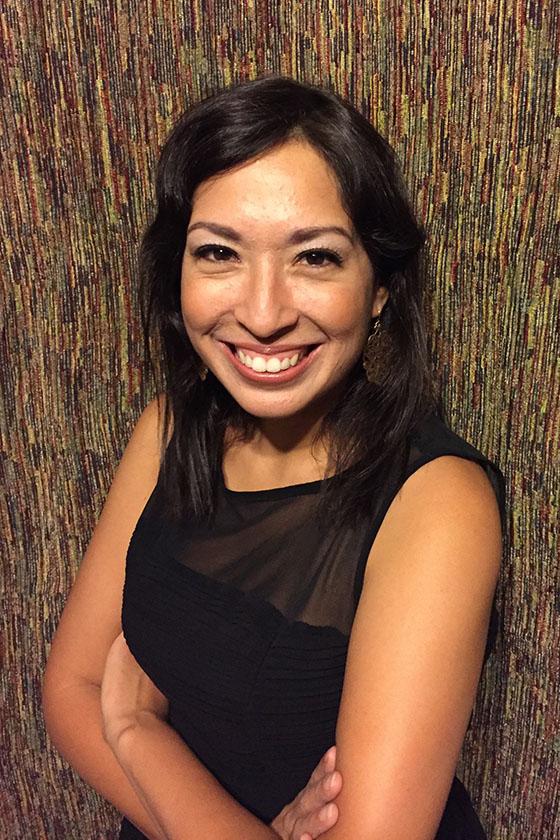 Stephanie Bazan ’02 wears two necklaces. The first features the word “give,” and is a present from her husband, Matt Abbott ’03. The second comes from her brother, Joseph ’05, and it reads, “mama.” Though these words seem short and simple, they signify a much greater truth about Stephanie’s lifelong passions of service, family and community.

Her selection for the 2017 Alumni Service Award is based on the many ways she has pursued these passions.

“I hope people will most remember that I give all that I can,” Stephanie says. At St. Edward’s University, she has indeed created a legacy by giving generously of her time, talent and treasure.

While a student, she excelled in her studies, participated on the dance team, earned selection to the national “Who’s Who Among Students” listing, and was one of ten graduating seniors selected for the university’s Presidential Award in 2003. Yet among all her Hilltop achievements, she counts her service positions among her most important experiences at St. Edward’s.

For example, Stephanie participated in the Service Break Experience (SBE) program through Campus Ministry. SBE takes small groups of students to community service sites around the world. In the months before their departure, they reflect on issues of social justice as well as their own spirituality and values.

Stephanie’s first SBE was in Mexico. “I left the comforts of home and learned about myself, about how to live simply, and about what service to others can look like,” she says. “I based my Master’s thesis on that experience.”

She returned to SBE as an alumna, working as an advisor for a group of students who helped people facing homelessness and poverty in Denver. And that is just one in a nearly innumerable list of ways she has supported Hilltoppers.

Following active involvement in Austin-based alumni events, she accepted the university’s invitation to become President of the Austin Alumni Chapter. Through this position, she helped to connect local alumni to the Holy Cross mission through organized service and social events. In 2009, she joined the Alumni Association Board of Directors, which helps to guide decisions about programs and services offered to the university’s 25,000 alumni. In 2014, Stephanie became President of the St. Edward’s University Alumni Association Board, working as the primary liaison between the university’s Board of Trustees and the alumni family.

Now the past president of the Alumni Association, Stephanie also maintains a connection to today’s Hilltoppers. She’s served as an alumni panelist for student development programs including LeaderShape and Orientation. She’s represented the alumni family at GradFest, Summer Send-offs and the Ring Ceremony, among other student-focused events.

And while Stephanie’s service to St. Edward’s University is very impressive, she has also found time to support a diverse mix of local and national organizations, including:

Stephanie has gone very far in the Holy Cross tradition of improving the world through acts of service and community-building. Complementing her service to others is her new role as a mother. She and her husband have a one-year-old son, Bastian. “I am most proud of my family and the village I surround myself with,” says Stephanie. “My son motivates and challenges me to see things differently and to continue to be a force for good.”