Jovahana Avila ’19 Would Rather Fail Than Not Try at All

What happens when a student spends her first three years on the hilltop taking risks? Get to know Jovahana Avila ’19, and you’ll see how seizing opportunities can bring out your best. 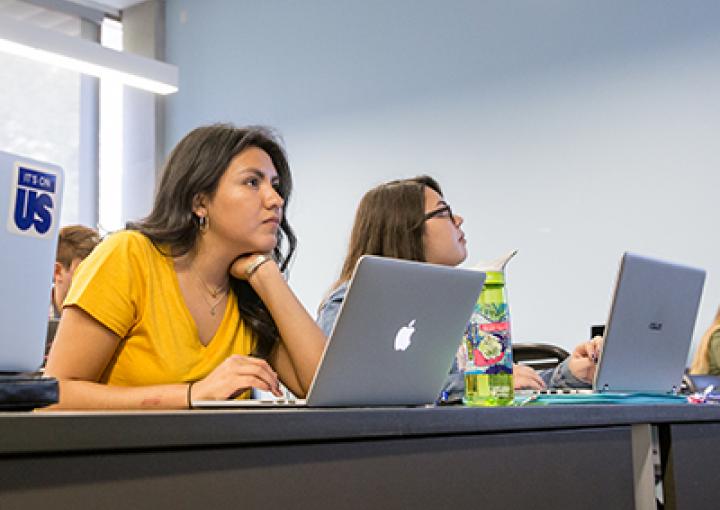 What Challenges Can Teach You

See what honors student Jovahana Avila says about the value of challenging herself during her college career.

Avila set a goal for her freshman year: to land an internship at the Texas State Capitol.That summer, she joined the office of State Rep. Eddie Rodriguez, D-Austin, as a legislative intern. The experience confirmed her choice to pursue a Political Science and Writing and Rhetoric double major. She saw it as a way to connect people to opportunities, a struggle Avila related to as a first-generation Mexican-American student at St. Edward’s University.

“Political science helps me understand the world around me, how it works and how to use my role to help others,” says Avila, who returned to Rodriguez’s office last spring as a legislative aide. “Education is both my key and my tool for breaking the cycle and moving my family forward.”

Learning about the impact political science can have gave Avila an “edge-of-my-seat feeling,” she says, and she’s continued to feel that way in her classes and internships with local political nonprofits and the Environmental Protection Agency, where she worked last summer. “I’m passionate about working with first-generation students, advocacy work and voter turnout among minority populations,” Avila says. “Everything I’m involved in now has strengthened my values and kept me grounded, and I’m hoping to transfer that into a career.”

Avila is an Honors student and a resident assistant in the Honors Living Learning Community in Jacques Dujarié Hall. She’s also the president of the Latino Student Leaders Organization; writes for the student newspaper, Hilltop Views; is a supervisor in Meadows Coffeehouse on campus; interns with the League of Women Voters of Texas; tutors local students as a volunteer at Con Mi Hermana, a sister program under the education nonprofit Con Mi MADRE; and has participated in three Campus Ministry service trips.

“My experiences have taught me to strive for the best version of myself, to never stop learning and to throw myself into every opportunity,” Avila says. “Every day there are challenges, and I still work on overcoming my fear of taking chances, but I’d rather fail than not try at all.” 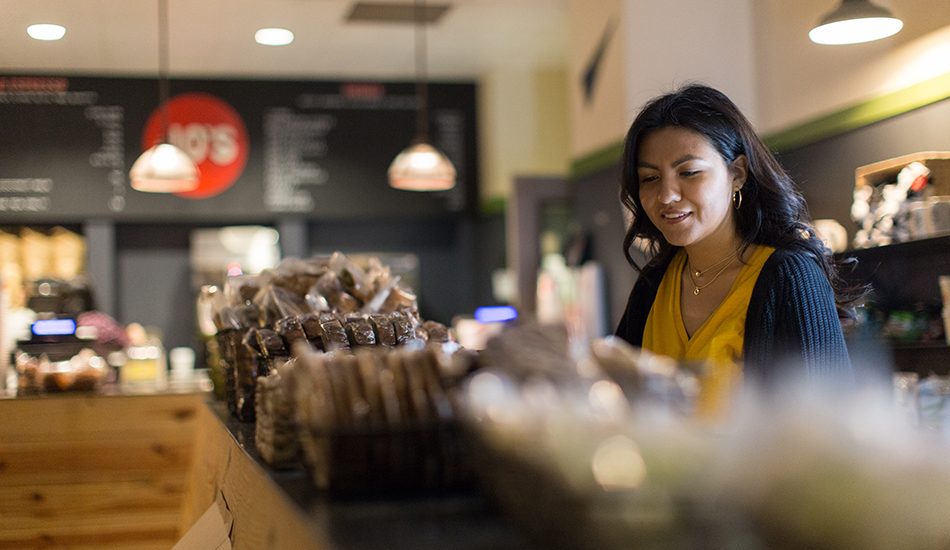 Avila is a supervisor at Meadows Coffeehouse and her morning duties include prepping drinks such as the ever-popular Turbo. 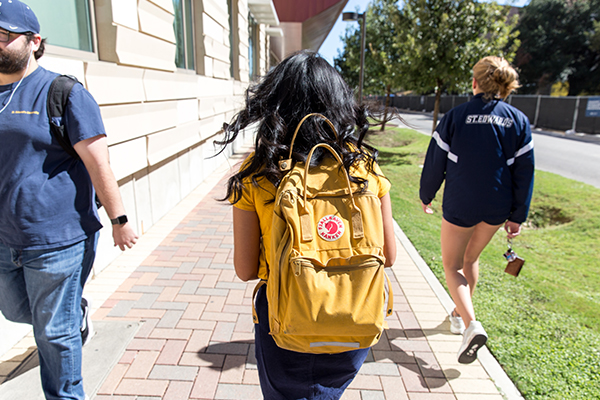 Avila heads to her Writing in the Digital Age class, where she the hones skills she applies as a journalist for the student newspaper. 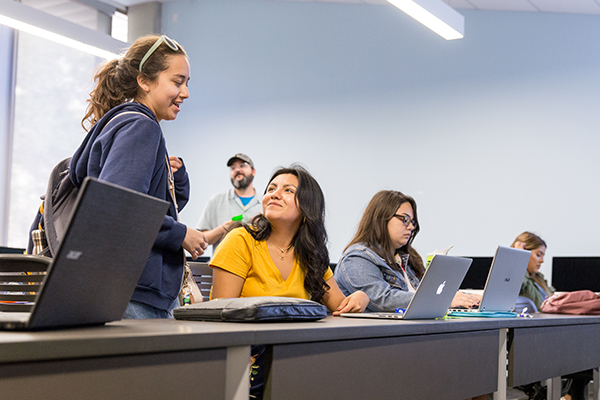 Avila chats with a classmate about using the audio-production software Audacity for an assignment. 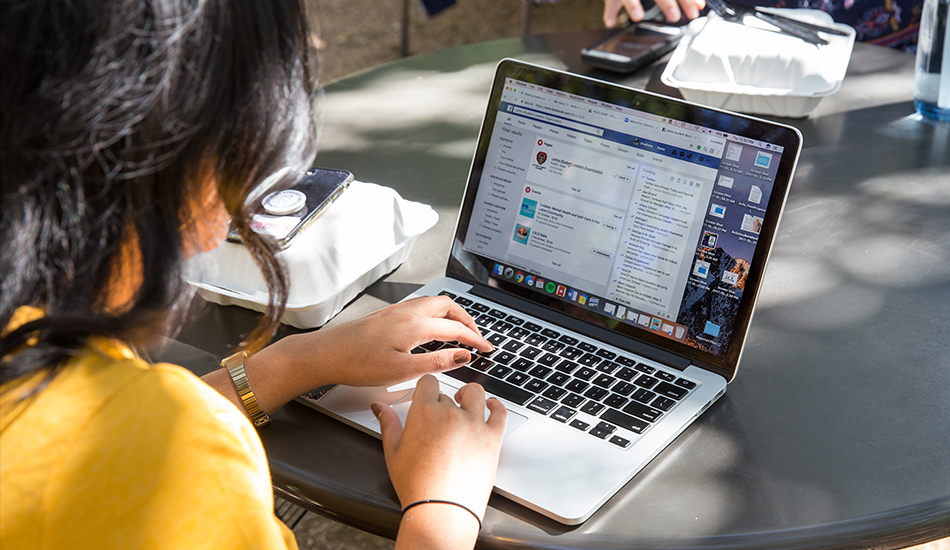 As the president of the Latino Student Leaders Organization, Avila stays connected via the group’s Facebook page. 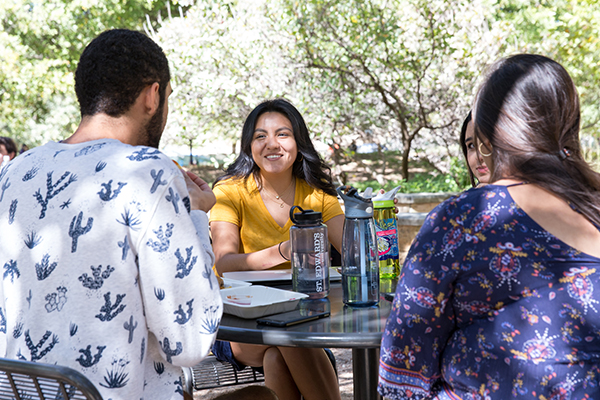 After picking up a to-go lunch from South Congress Market, Avila sits with three friends at an outside table on Fondren Lawn to catch up with them about their day. 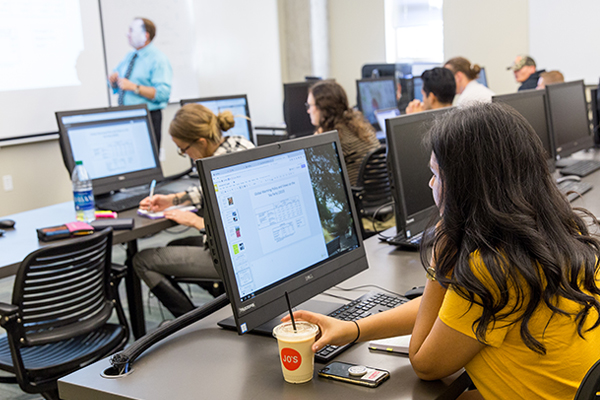 Avila follows along as Professor of Political Science Brian Smith explains how the chi-square test of statistical significance can be used in political science. 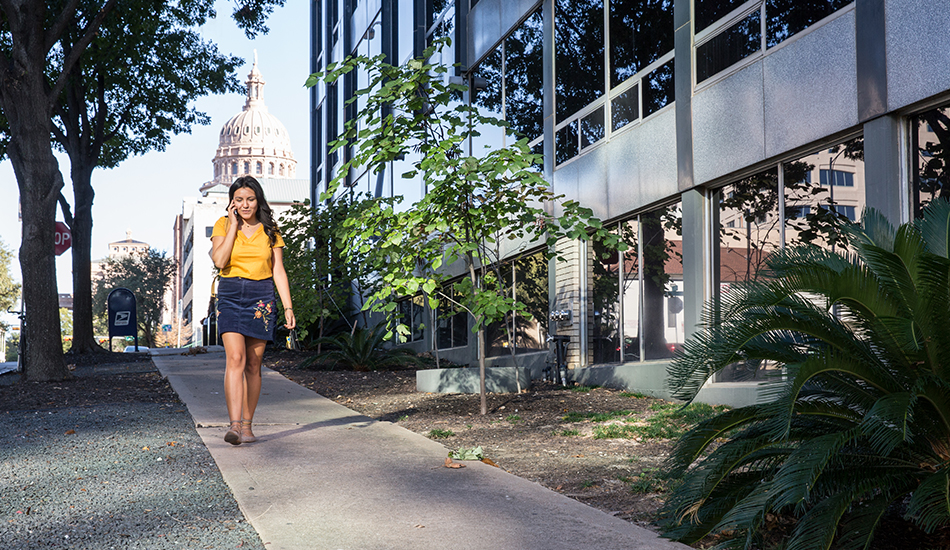 An internship with the League of Women Voters of Texas helps her gain real-world experience working with voters from minority populations. 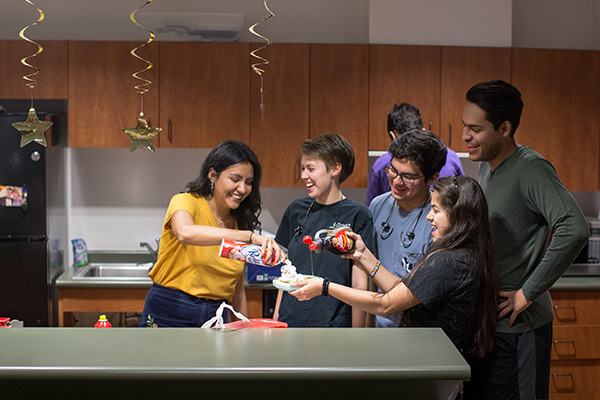 As a resident assistant in Jacques Dujaríé Hall, Avila plans a late-night pancake breakfast to help students socialize (and relax). 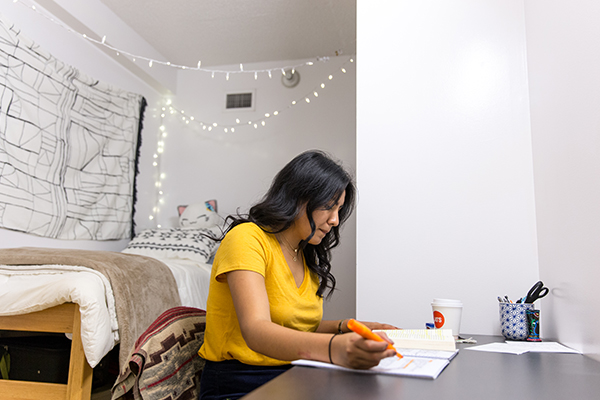 Time is hard to find during the day, so Avila uses late nights to catch up on her studying.

Learn more about the Political Science major and the Writing and Rhetoric major.