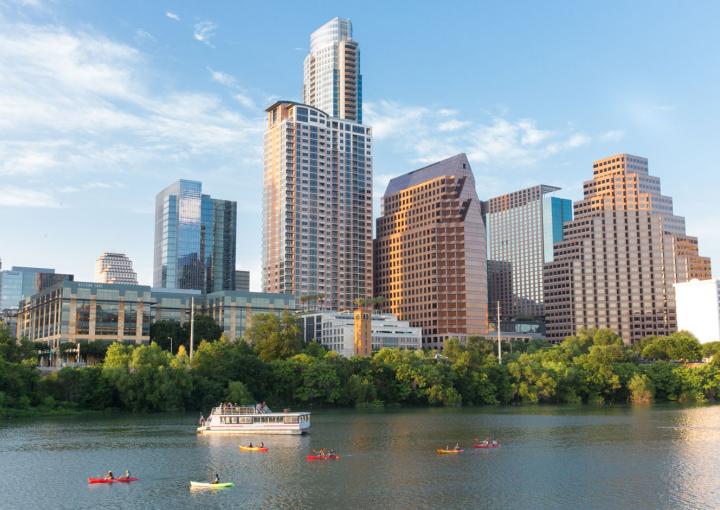 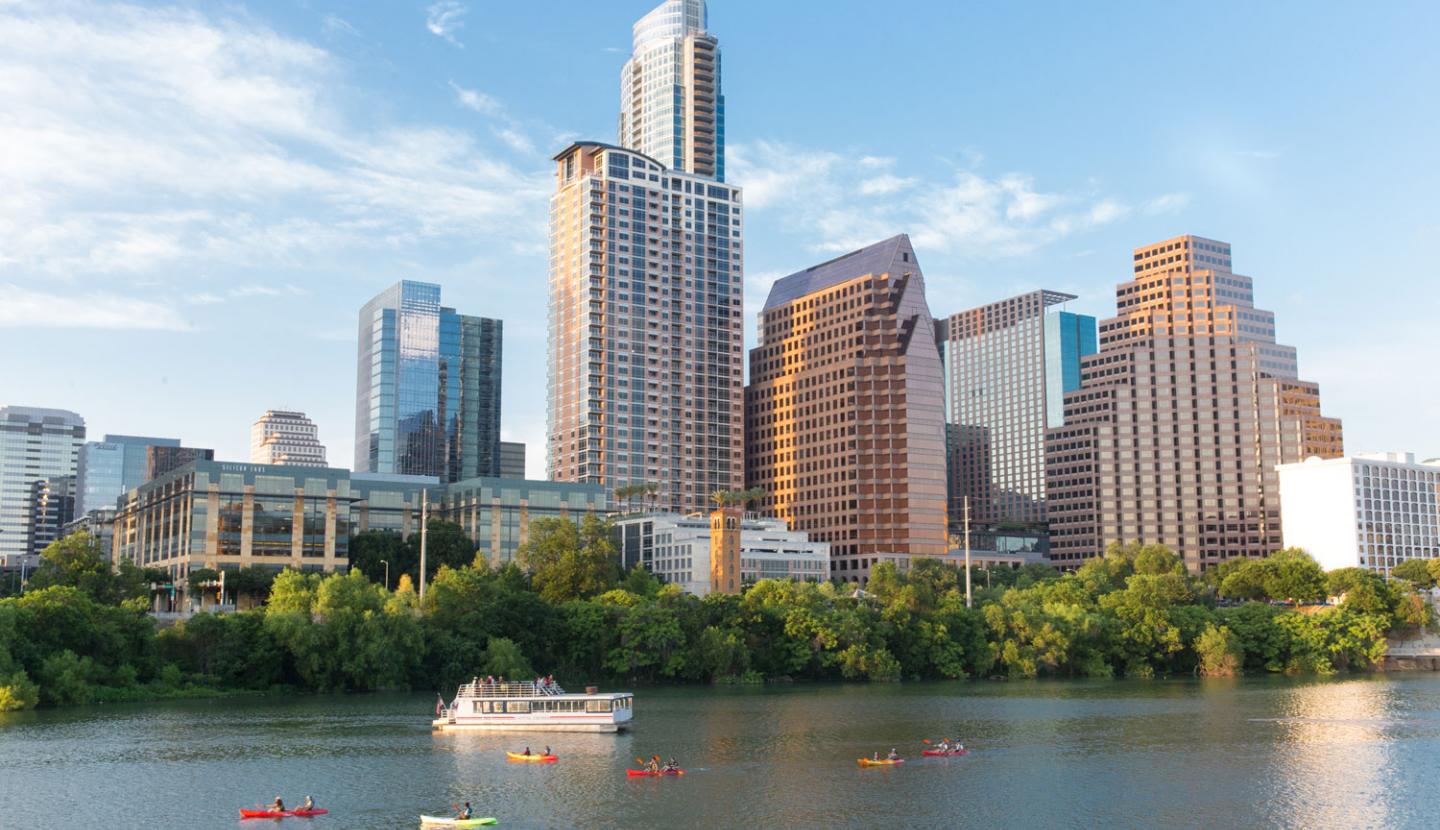 Since the 1800s, the population of Austin has doubled every 20 years — a trend that puts the metro area on course to reach 4 million people by the year 2040. Rapid and sustained growth creates challenges around a variety of topics — public safety, education, mental health, the millennial workforce and transportation. But that growth is also yielding innovative solutions, and these St. Edward’s University graduates are leading the way. 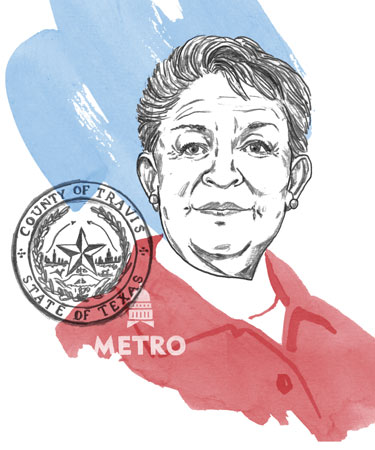 Notable first: Gomez was the first woman and first Mexican American to hold the position of constable in Travis County.

What she does now: As a county commissioner, she makes budget and policy decisions for county government, including law enforcement, the court system and jails; handles environmental issues and oversees parks; and approves the tax rate and budget for the healthcare district that cares for the poor.

The St. Edward’s difference: “l had really good mentors and supporters who said, ‘You’re doing fine — keep going.’ That makes you feel good, for someone to say you’re doing all right.” 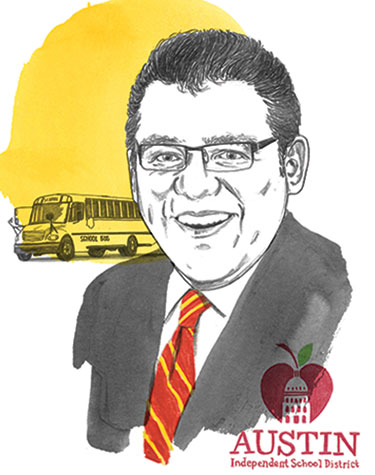 What he does now: Today, Rodriguez is chief advocacy officer for the healthcare network. He also serves as president of the Austin Independent School District board of trustees.

Mission focused: “We have an obligation and responsibility to not only co-create the world we live in, but also to advocate for the poor and vulnerable. To me, this work is a part of giving back and being grateful for the life I’ve had.” 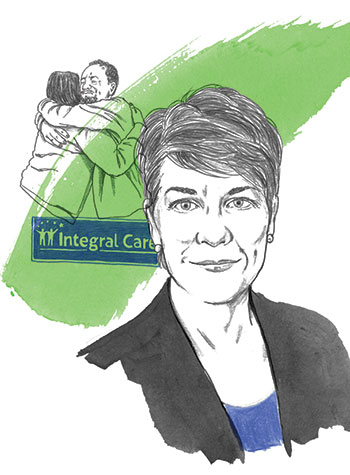 Driving force: Her mother, the late Texas governor Ann Richards, set an example of public service and taught her children to get involved in their communities. She also went through treatment for alcoholism in 1980.

What she does now: Richards is the chief strategy officer of Integral Care, a local government agency that supports people living with mental illness, substance-use disorder, and intellectual and developmental disabilities.

The St. Edward’s difference: “One of the important roles that St. Edward’s has played in Austin is emphasizing the value of community service. That was reinforced for me as part of the educational process.” 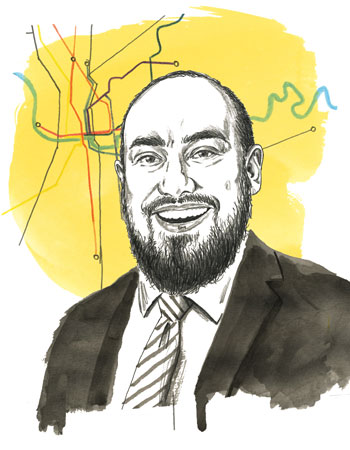 How he got his start: One of his first jobs out of college was on a campaign urging voters to support an increase in the property tax rate for Central Health, Travis County’s healthcare authority.

What he does now: Bustos is now Capital Metro’s government relations manager, a position in which he represents the agency to other governmental entities — Travis County Commissioners Court, the city councils of Austin and other towns, and state and federal government — and helps set agency policy.

What drives him: “The sense that I’m providing a public service. That mindset of serving something bigger than yourself ran through my time at St. Edward’s. It put me on the path to what I’m doing now.” 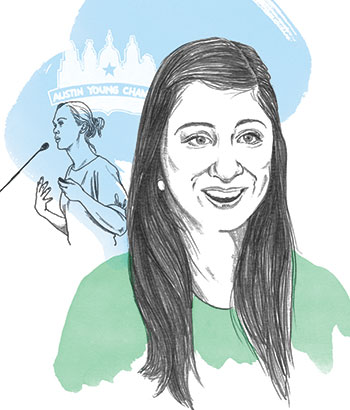 Notable accomplishment: Palacios-Woods was inducted into the St. Edward’s University Athletics Hall of Fame in 2013. She played tennis for the Hilltoppers.

What she does now: As executive director of the Austin Young Chamber, she oversees the organization that helps 21- to 40-year-olds develop as business and community leaders.

Learn to think: “That concept helped me in my career path and in this role. At St. Edward’s, I was in classes that pushed the needle on traditional ways of doing things and traditional thinking.” 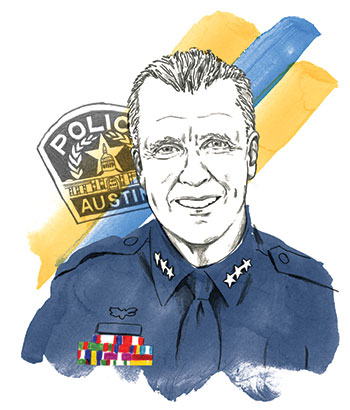 Three decades of service: Manley has been with the Austin Police Department for 29 years.

What he does now: As chief of police, Manley leads a department comprising more than 1,900 sworn officers and 730 civilian staff.

Why he chose St. Edward’s: “I felt like having a background in both leadership and ethics in the law enforcement profession is critical, given the responsibilities the profession demands and the authority that the men and women who serve are granted.”