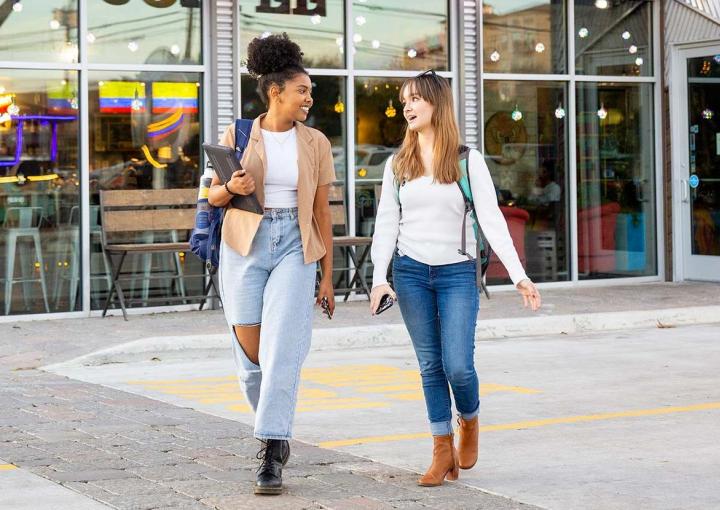 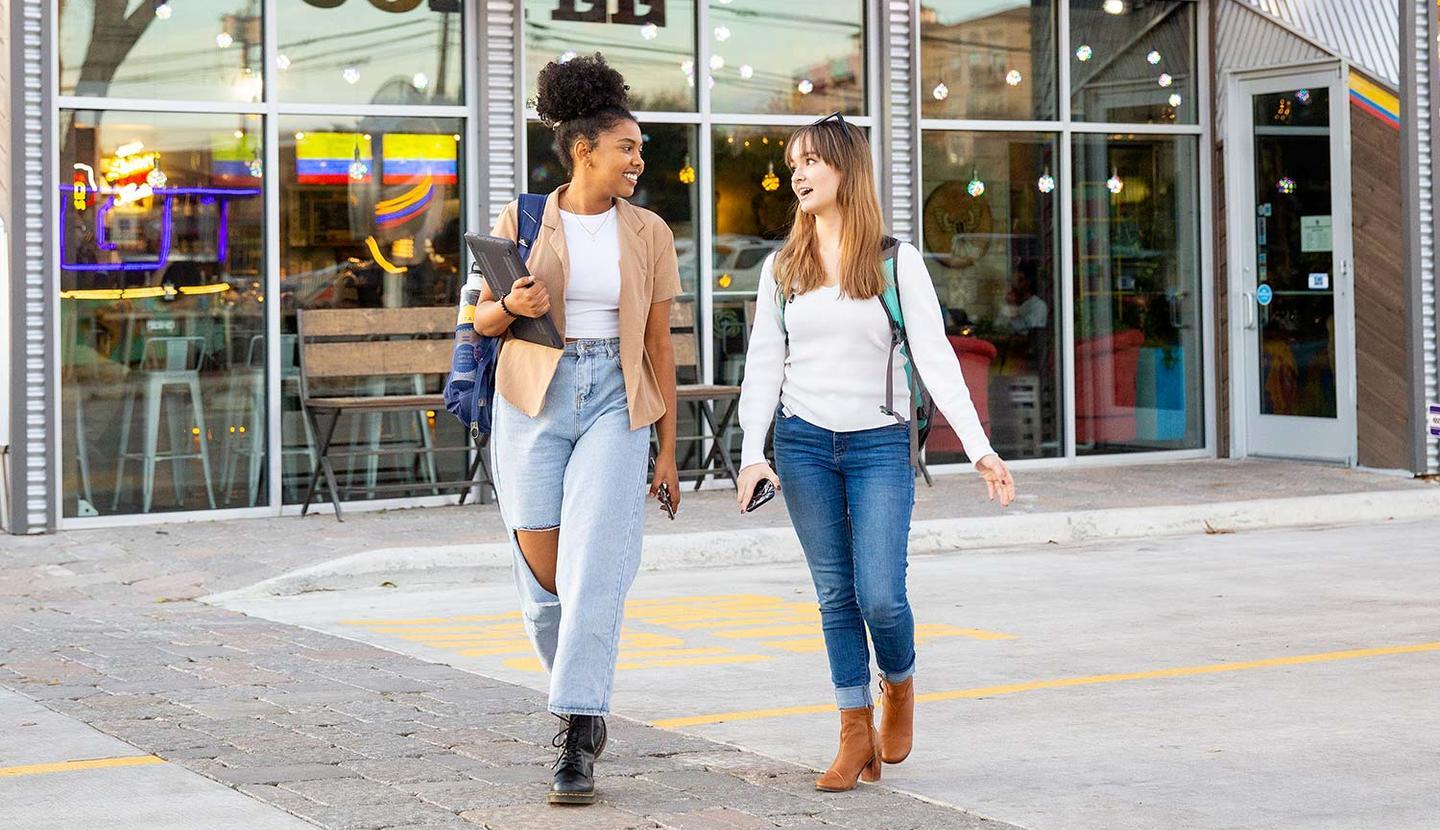 When the phone rings at the nonprofit law firm the Equal Justice Center (EJC), Vivian Phillips ’21 answers, ready to help. As an intern, Phillips is the first point of contact for callers seeking to renew their Deferred Action for Childhood Arrivals, or DACA, work permits. She conducts a brief interview in the caller’s preferred language — English or Spanish — to gather the information EJC needs and schedules the appointment.

A Global Studies and Spanish double major, Phillips started paying closer attention to politics and government after the 2016 primary, during her junior year in high school. At St. Edward’s, classes about dictatorships, democracies and human rights in Latin America helped her understand how events in the region prompted waves of immigration to the United States and how the U.S. government has sometimes reacted by limiting who can settle in the country.

“That’s where my interest in law began,” Phillips explains. “I wanted to make sure people were not targeted or discriminated against.”

The people Phillips helps with their DACA renewals are just a few years older than she is. Many were particularly anxious in November as the Supreme Court heard a challenge to the DACA program, a case it will decide this summer. “You could definitely feel the pressure in the office,” she says.

Phillips also works on campus in the dean’s office for the School of Natural Sciences, where she answers phones, delivers the mail and helps schedule events. She also has honed her marketing skills, designing flyers for events like Donuts with the Dean, and she helps maintain the school’s Instagram account.

Outside of class, Phillips is the fundraising coordinator for the pre-law organization Phi Alpha Delta and a member of It’s On Us, a student-led group that focuses on sexual assault prevention. In her free time, she explores Austin’s coffee shops — especially ones with eye-catching décor. “I’ll text friends and say, ‘OK, we have to get work done, but we might as well go somewhere cute,’” she says. Her new favorite spot is Plaza Colombian, which checks all the boxes: good coffee, good food (smoothies and arepas) and thoughtful design.

Phillips often finishes her day hanging out with friends in her on-campus apartment. When classes are over, she’ll do homework and then text Gianni Zorrilla ’20 and Sierra Rozen ’20. They’ll watch something light — Netflix or reality shows like Top Model — to relax. After thinking about so many weighty issues, she says, “I think it’s important to wind down every once in a while.” 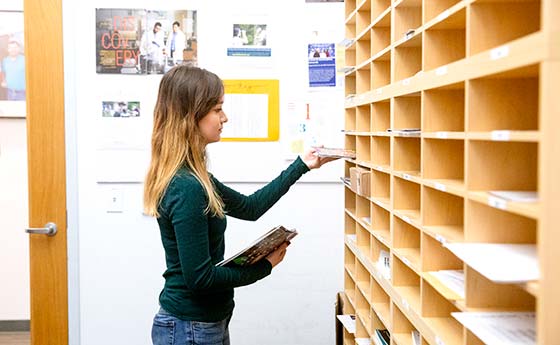 In her on-campus job as an office assistant, Phillips distributes the mail for faculty and staff in the School of Natural Sciences. 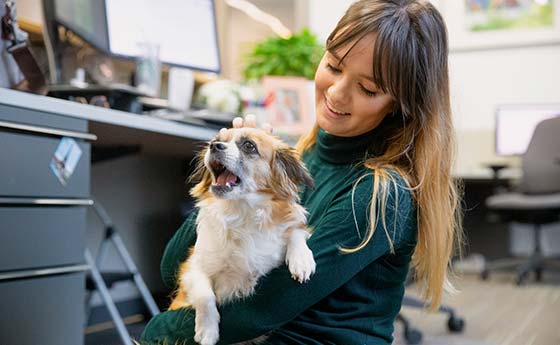 Cavalier King Charles Spaniel Ori, an emotional support animal for one of Phillips’ colleagues, provides Phillips and other students a welcome break. 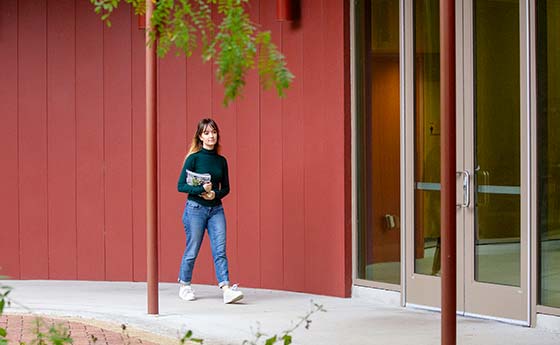 In addition to running errands for the School of Natural Sciences, Phillips designs flyers for events and helps with the school’s social media. 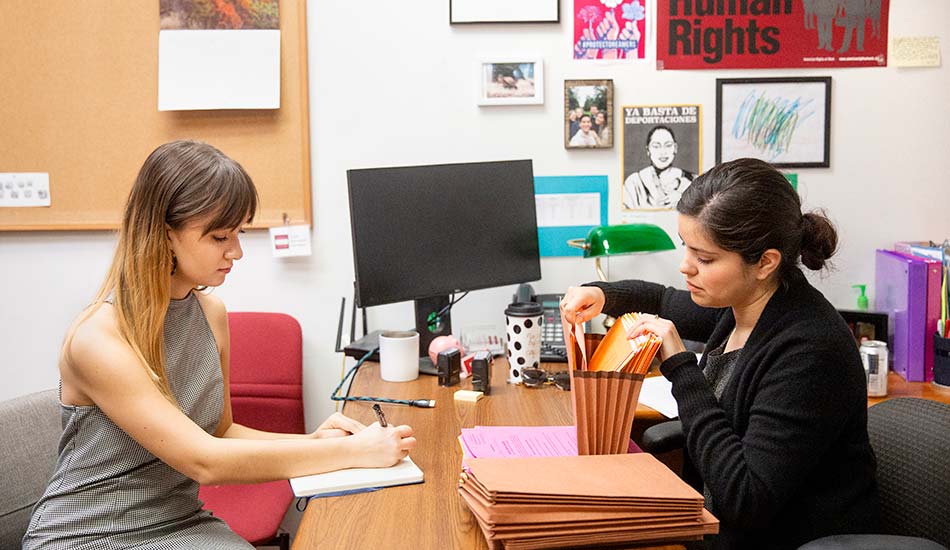 Phillips checks in with Paola Hernandez, her supervisor at the Equal Justice Center, about tasks they need to complete after a citizenship clinic. 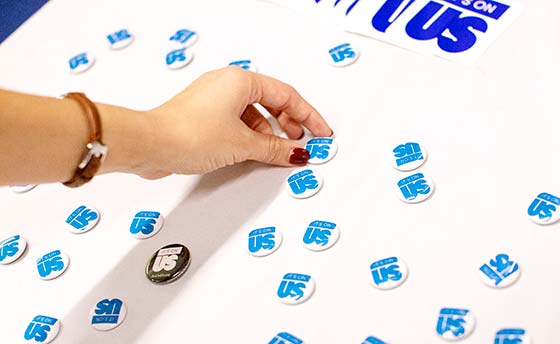 Before watching a documentary during an It’s On Us meeting, students organize buttons and laptop stickers with the organization’s logo. 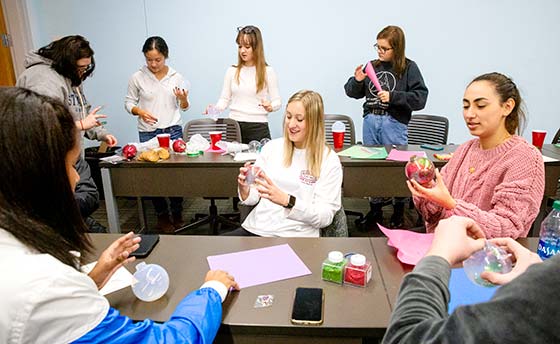 For the last Phi Alpha Delta meeting of the semester, the group decorated Christmas ornaments to counterbalance the stress of finals. 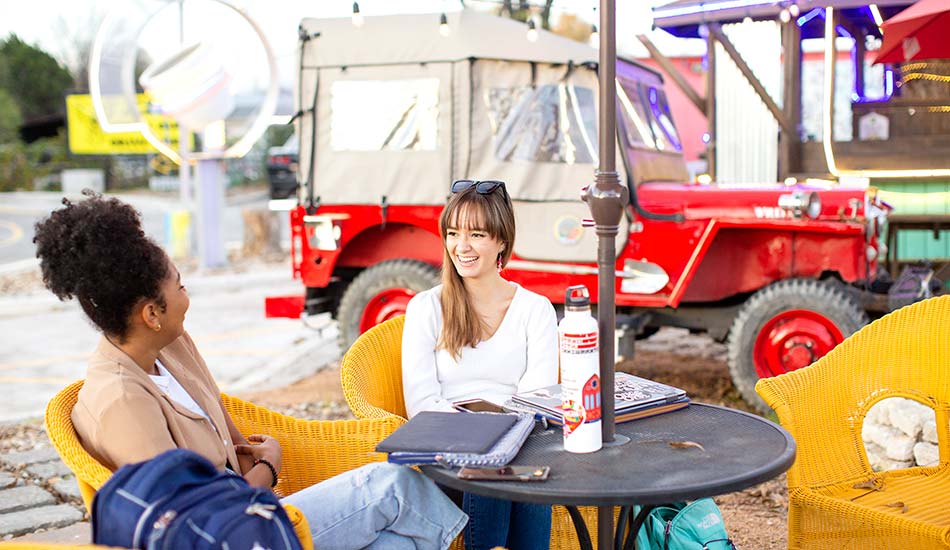 Phillips takes a study break with her friend and fellow Global Studies major Hildana Adhanom ’21, who hails from Ethiopia. Plaza Colombian, a new coffee shop on South Congress Avenue near campus, is Phillips’ and Adhanom’s go-to spot for caffeine, food and productivity.

After a long day of classes, Phillips winds down by watching movies or reality TV with her friends Sierra Rozen ’20 (left) and Gianni Zorrilla ’20 (right).