A Legacy of Faith, Courage and Service 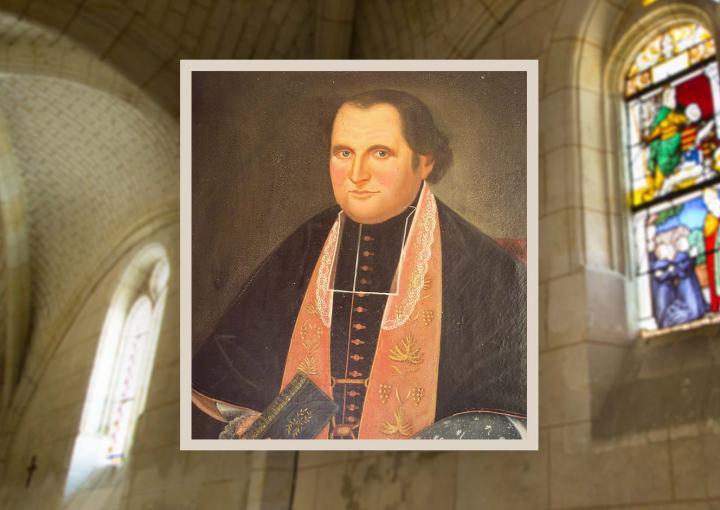 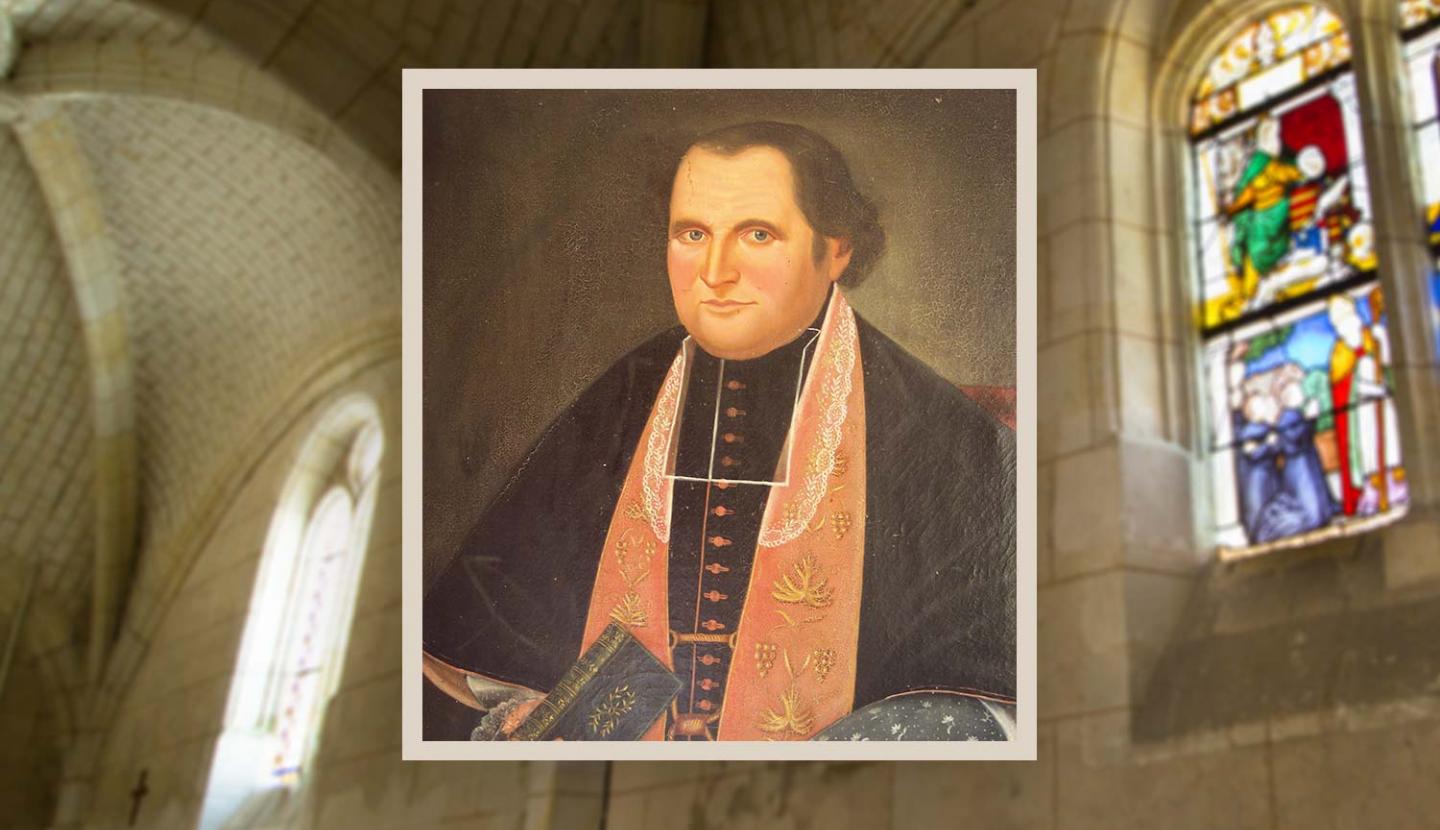 Throughout the 2020–2021 academic year, St. Edward’s University joins with the entire Holy Cross family in celebration of the 200th anniversary of the Brothers of St. Joseph and their founder, Father Jacques-François Dujarié, who laid the foundation for the Holy Cross educational mission that we are blessed with at St. Edward’s.

Holy Cross has grown over the years, today serving and ministering in parishes, providing social services to the poor and marginalized, and furthering Catholic education, which includes 128 schools, colleges and universities in 18 countries. Although the credit is given to Blessed Basil Moreau, who was beatified by Pope Benedict XVI in 2007, his success was shaped by the vision and efforts of his predecessor, the courageous missionary priest, Father Jacques Dujarié.

Surviving a Time of Terror

Dujarié was studying to become a priest when the French Revolution began in 1789. In a year in which our nation and world are witnessing firsthand the ravages of a global pandemic, racial injustice, socioeconomic disparities, war, famine, devastating natural disasters, and political and ideological divisions in our country, imagine what the war-torn country of France was like in the late-18th and early 19th-centuries. It was a dark time of utter chaos and terror for the French. Even though the church had been a powerful force in France, the revolutionary urge to obliterate old systems of property ownership and authority nearly destroyed it. Church property was seized and schools were closed. Clergy and religious leaders were exiled or executed, and for a period, the practice of Christianity was banned. Even the Pope was imprisoned. 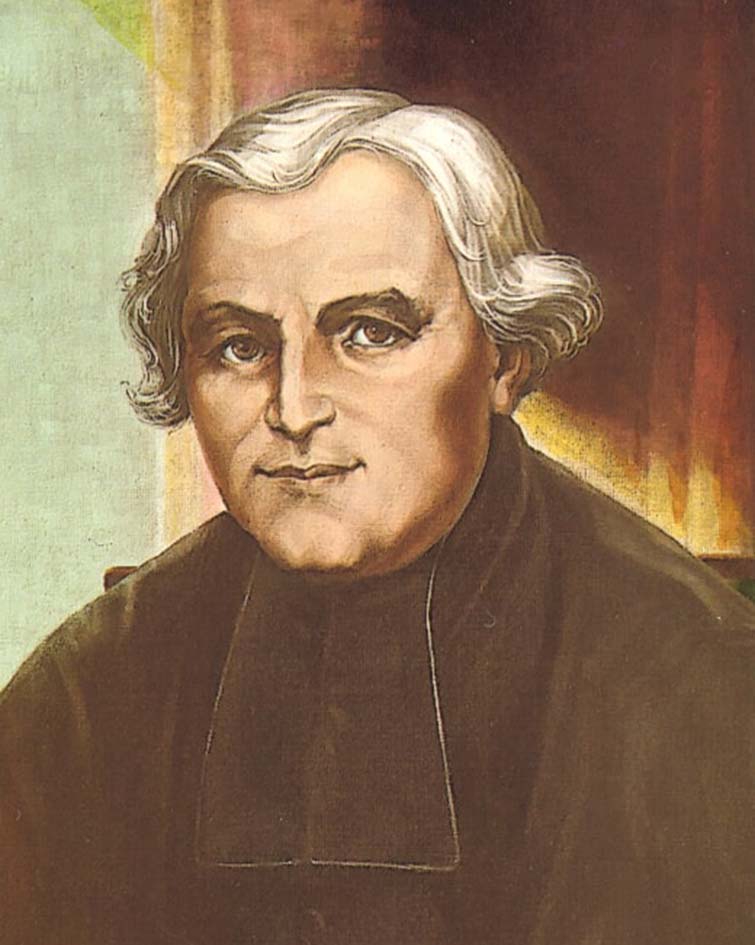 It was during this time that Dujarié was secretly ordained to the priesthood and began celebrating Mass as part of the “underground” church. Moving constantly, hiding with families, sleeping in cellars and barns, working as a weaver, and disguising himself as a lemonade vendor, he protected his identity while still arranging to communicate with and respond to those who needed sacramental and pastoral services. Brother Joel Giallanza, CSC, writes that Dujarié’s “consideration of and formation for the priesthood developed during the darkest moments of the French Revolution when losing one’s head by the guillotine was a real and regular possibility.”*

Reviving the Church, Education and Society

Following the Concordat between Napoleon and Pope Pius VII in 1801, some level of normalcy returned to life in France after so many years of turbulence. However, the social and ecclesial landscape remained desolate. From his travels during the Revolution and after being appointed by the Bishop as the pastor of St. Peter’s Church in Ruillé-sur-Loir, Dujarié saw firsthand the parochial, pastoral and educational needs of the people. Responding to this situation, in 1806 he gathered a group of women, known today as the Sisters of Providence, and in 1820 a group of young men, the Brothers of St. Joseph, to provide Catholic education as a source of regeneration of the Church and society.

In 1835, acknowledging his own infirmities after years of travel, sleeping in barns, and ministering in the countryside, Father Dujarié felt it was time to hand over the leadership of the Brothers of St. Joseph to an administrative leader who shared his vision. In 1837, Dujarié and the Brothers of St. Joseph signed a document with the Auxiliary Priests of the Diocese of Le Mans, France, and were put under the direction of Father Basil-Anthony Moreau. Known as the “Fundamental Act of Union,” this served as the stepping-stone to the eventual joining of the two societies who gathered in the town of Sainte-Croix (Holy Cross), hence the name Congregation of Holy Cross. Basil Moreau was well-educated, zealous and well-connected. His keen administrative skills and charisma made him the right person to continue the legacy established by his friend and mentor, Father Jacques Dujarié. 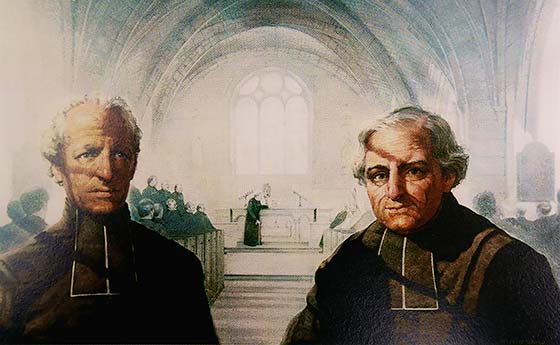 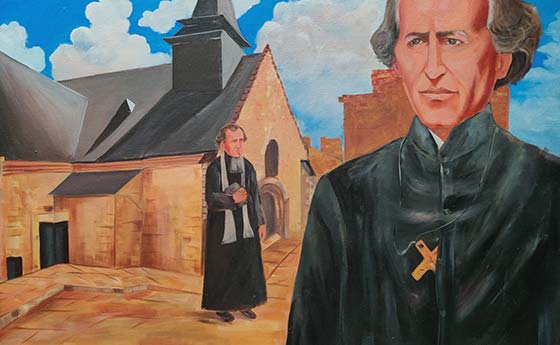 Creating a Legacy of Doing Good

Although there remain relatively few written accounts concerning the many important contributions made by Father Dujarié, enough has been preserved to form an opinion of his remarkable personality and character. These characteristics continue to be reflected in the work and ministry of the Brothers of Holy Cross and throughout the educational institutions they administer and sponsor.

First and foremost, Father Dujarié was a man with a servant’s heart, much like that of St. Joseph. Brother Joseph Santo, CSC, writes, “His charity was so deeply rooted that it spilled out into everything he said and did. … His kindness was immediately apparent to anyone who met him, whether friend or foe.”**

“As a priest I will try to be the consolation of widows, the father of orphans, the support of the poor and the friend of the suffering.”

Dujarié was also a man of courage, patience and justice — and tireless action. He saw the ravages of ignorance and irreligion, and he set out to make a difference. He believed that God’s purpose for him and the Brothers of St. Joseph would be fulfilled through their teaching by humble example and their trust in Divine Providence.

In St. Peter’s Church where Dujarié served as pastor, a plaque commemorates his heroic leadership, which concludes with the one-sentence biblical summary of his life and work, “He went about doing good.” Such a simple sentence for such extensive accomplishments (Giallanza, 2017). 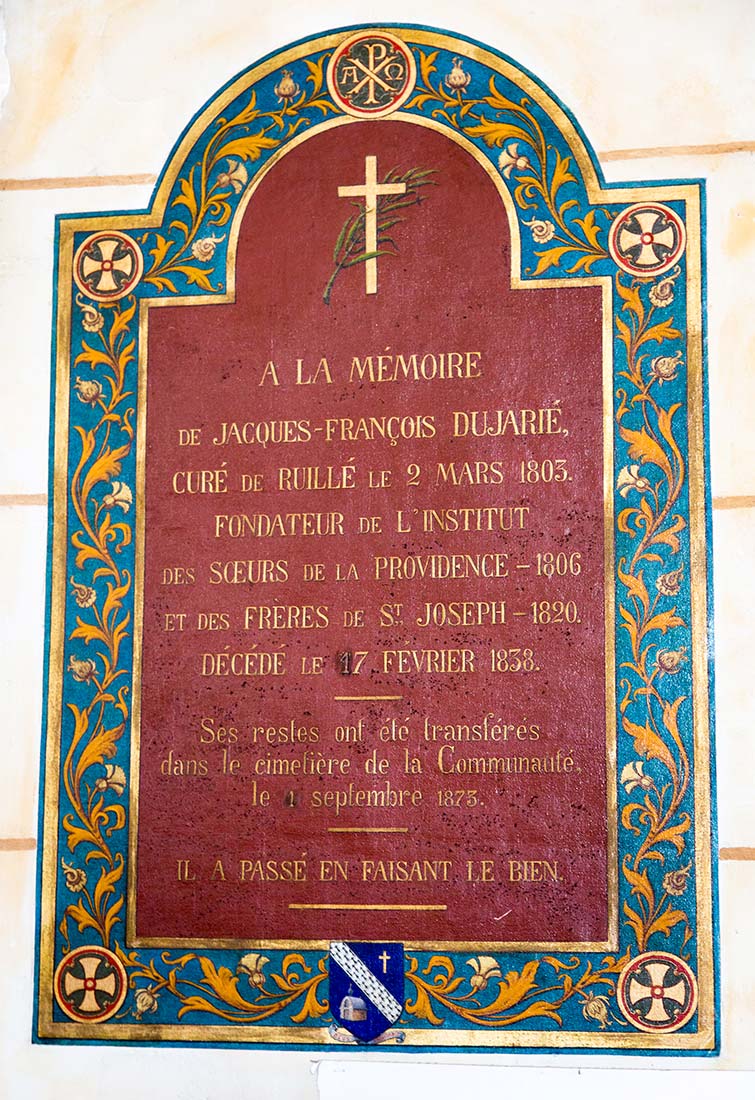 In looking at the 200-year legacy, continuance and growth of the family of Holy Cross — brothers, priests, sisters, and lay educators — it is vital to pay tribute to the life of Jacques Dujarié, a simple country priest deeply devoted to moving mountains of ignorance and suffering through education and service. His legacy is indeed imposing, and it offers a unique insight into the power of perseverance and faith.

by Marco Clark, Executive Director of the Holy Cross Institute

CBS Covers the History of CAMP at St. Edward’s