Decades after starting her degree, the songwriter and musician sees many similarities between writing songs and writing stories. 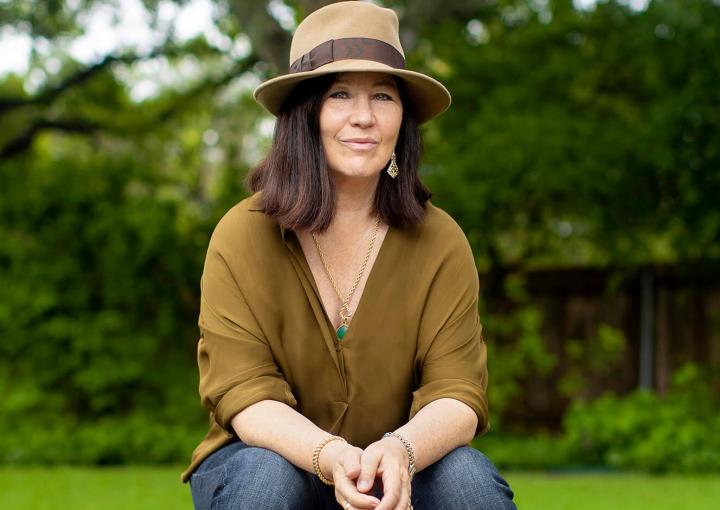 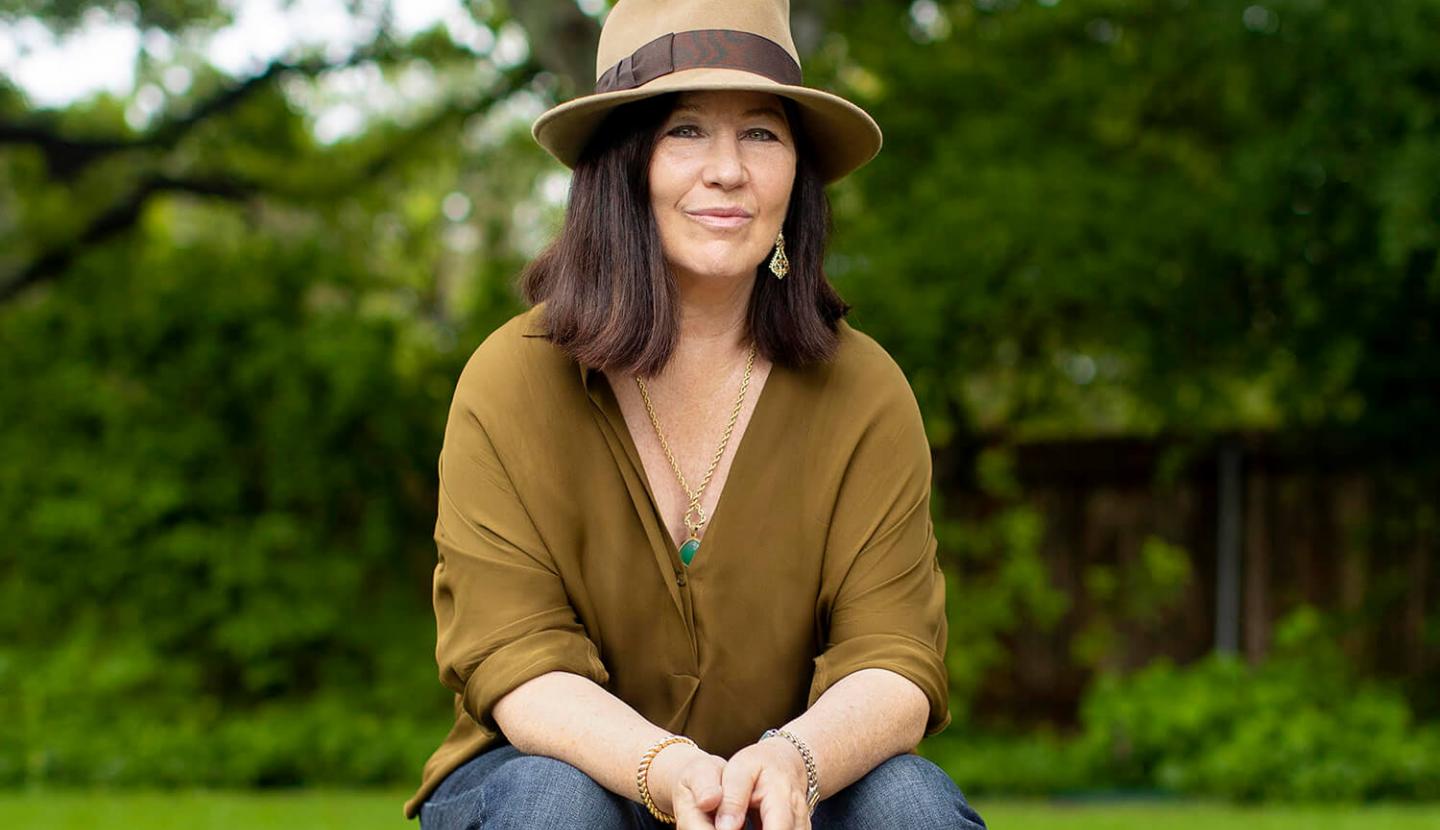 In 1976, Kathy Valentine enrolled at Austin Community College after leaving high school. This spring, 45 years after she started college, she graduates from St. Edward’s. Valentine is now poised to take the next step in her second career as a writer.

“I’m a big believer in showing up for your life and honoring the things that spark your interest,” she says. “Once you start getting in tune with that, it can make every day an adventure.”

Valentine is the bassist for the Go-Go’s, the first all-female band to have written and performed a No. 1 album. She penned notable Go-Go’s songs including “Vacation” and “Head over Heels.”

Valentine lived a rock-‘n’-roll adventure with the Go-Go’s and other bands in her 20s. By the 1990s, when she entered her 30s, the band had broken up, then periodically reunited; Valentine had gotten sober and was discovering what she calls “the grown-up me.”

Her journey back to college began on an airplane. Valentine noticed that someone had left a book in the seat-back pocket in front of her, and she flipped it open. Immediately, she was absorbed in the novel, which was set in ancient Rome. 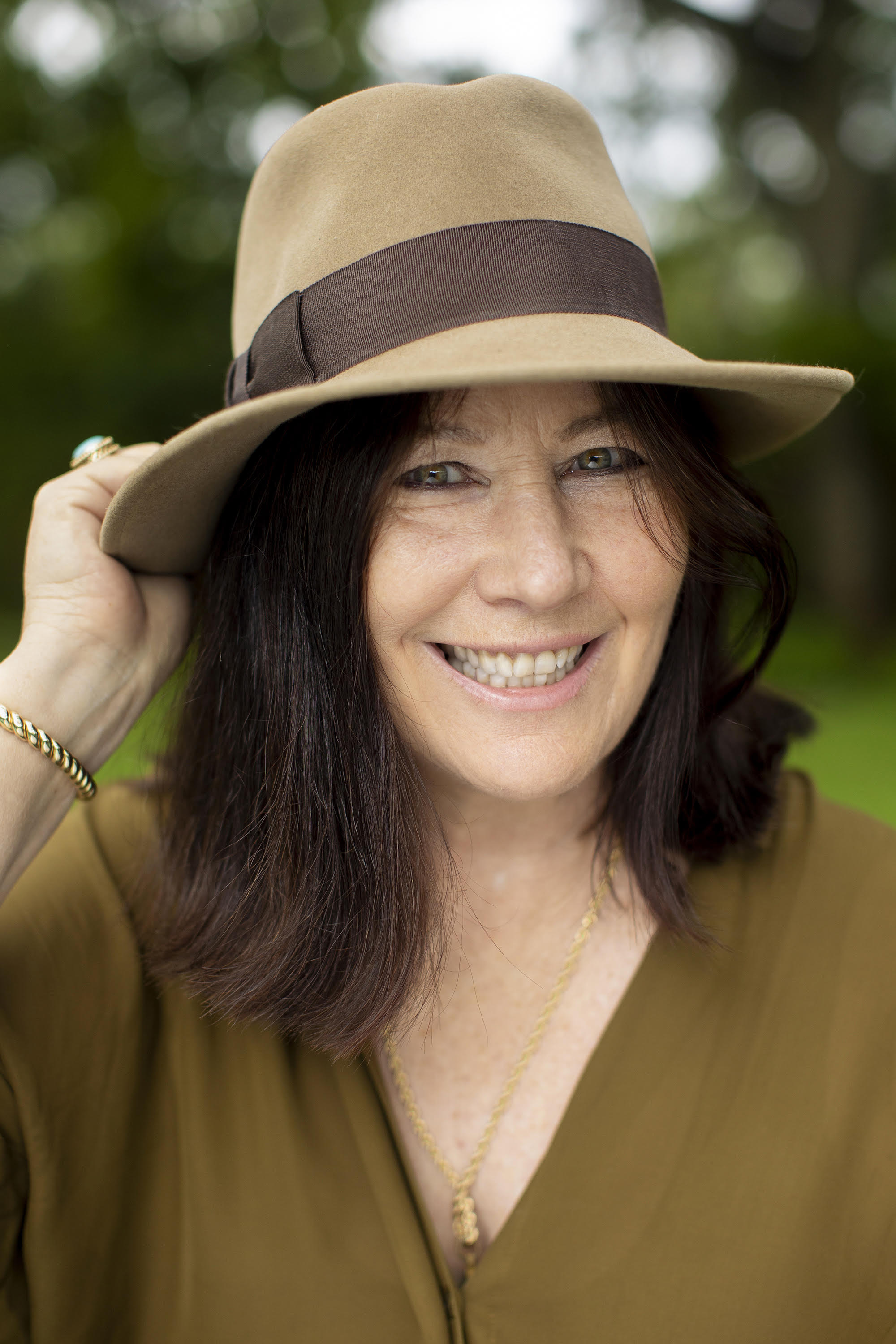 “I found myself enthralled with this history, and in an excited way that I hadn’t felt since I discovered rock ‘n’ roll,” she says. She started reading about different historical periods that intrigued her: Republic-era Rome, the French Revolution, the Russian Revolution. Her quest led her back to community college, where she relished the structure and sense of accomplishment she felt in higher education. It was a refreshing counterpoint to the music business, where a talented person could work hard and still not be successful because of factors outside her control.

But as Valentine focused on her education, her music career would continue to flourish. She took courses when she could. She resumed her education at St. Edward’s in 2010, after she’d moved back to Austin from Los Angeles and become a parent. The university’s then-program for adult students was the perfect fit for a working musician: Valentine gained credit for her successful career, and she could test out of subjects or take courses online when her tour schedule didn’t allow her to come to a traditional classroom.

Valentine has always been an avid reader and a creative writer. At St. Edward’s she focused on developing her craft in classes including Environmental Writing, taught by Associate Professor of Creative Writing Sasha West. At first, Valentine wasn’t sure if she wanted to take the course. She had always considered herself environmentally conscious — she recycles, she drives a hybrid — but was more interested in writing fiction. But, she thought to herself, Just show up. You never know what you might learn. The class changed her life. It was the first time Valentine understood how writers could use the power of narrative to spur readers to action on overwhelming issues like climate change.

“What the class made me realize is how crucial it is for artists, whether we are photographers or painters or poets or writers, to put stories to the issue and to make it something that people can grasp,” she says.

She put school on hold again to write her memoir, All I Ever Wanted, which was published in March 2020 by the University of Texas Press. In a parallel effort she wrote a collection of songs, each pertaining to a different period of her life, that she considers the “soundtrack” for her memoir. Valentine had scheduled a 25-city book tour, where she planned to talk about the book as well as play songs from the soundtrack, solo, with a guitar. “It was the first time in my career that I was going out and being Kathy Valentine — just me,” she says.

Covid-19 canceled those plans, but Valentine decided she liked creating both a book and a companion album. She’s considering writing a short story collection with an accompanying soundtrack that includes a song for each story.

Valentine will never stop being a musician, even as she focuses more on the printed page. And, she says, writing memoir and fiction is not that different from writing songs: “A lot of music is about connecting with an audience, conveying stories, and eliciting some kind of reaction or resonance.”

Now that she has earned her degree in English and Fine Arts, she plans to turn her attention to fiction. Valentine was accepted to the Master of Fine Arts program in Creative Writing at Texas State University. But the next chapter of her life might look completely different. Valentine, whose childhood bordered on chaotic, has stayed in Austin for the past two decades to give her daughter a different kind of upbringing — no moving around, no changing schools. Now that her daughter is headed to college in upstate New York, Valentine’s options are open: She could move to New York City for a while. Apply to a low-residency MFA program and travel more. Resurrect her book tour for the paperback of All I Ever Wanted when Covid restrictions are lifted.

Her priority is to follow her curiosity and show up — even, or especially, if the more fulfilling path is the less conventional one.

“It’s easy to get stuck because you’ve been doing something for a while, because you do it well, or because it seems like too much trouble to start over,” she says. “I think everybody feels these little pulls of interest in another direction, and it’s wonderful to pay attention to those and honor them. That’s kind of the magic of being alive.”