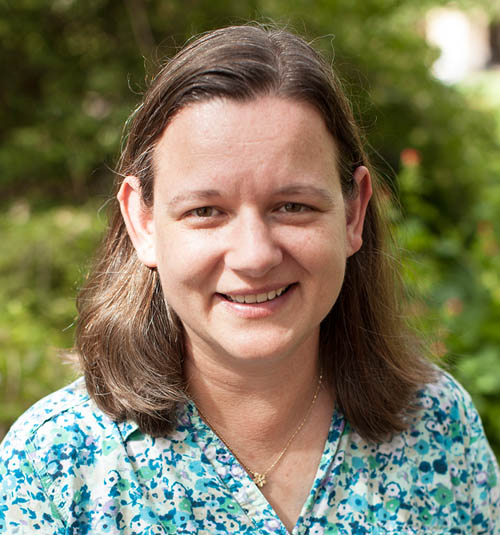 Carol Gee is Professor of Mathematics and Department Chair.  Her research interests include low-dimensional topology, knot theory, and the scholarship of teaching and learning -- in particular, inquiry-based learning, specifications-based and standards-based grading, flipped classrooms, and teaching with technology.

In addition to her role at St. Edward's, Carol is mom to four wonderful kids.  Most of her hobbies these days center around family life, kids' activities, and scouting, but other past and present hobbies include:  watercolor, pysanky (Ukrainian egg decoration), lampworking (small glass sculptures and marbles), crochet, bicycling (including two MS-150s a very long time ago), rock-climbing (where she met her husband), reading, baking, and traveling.