Not everyone remembers their first trip on an airplane. Ariana Villegas, a junior at St. Edward’s University, will have a hard time forgetting hers.

Villegas, a native of Austin and first generation college student, left the state of Texas for the first time this summer to compete in the Hispanic College Quiz show series — a nationally televised, Jeopardy-style competition for college students.

Hispanic College Quiz was created to inspire an appreciation of different Latino and Hispanic cultures. The show is seen across the country and hopes to share knowledge about various cultures and highlight the contributions of minorities in society.

The quiz show is endorsed by the Hispanic Association of Colleges and Universities (HACU) and features students from member institutions. Contestants came from colleges and universities across the U.S. 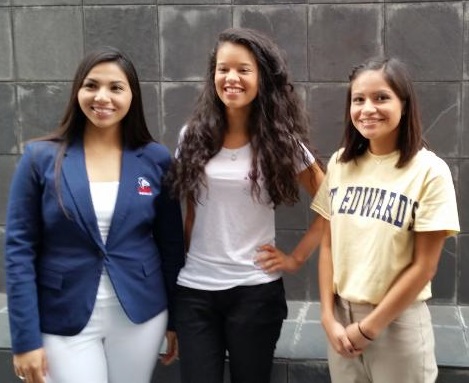 In the months leading up to the taping of the show, Villegas put in countless hours of preparation. She worked tirelessly with her coach, Fred Estrello, MEd, director of Special Projects in the School of Education, to be ready for the competition.

“Every week we would go over questions, mock interviews … I even had her stand up at a podium and practice buzzing in,” Estrello said.

Villegas and Estrello took off for Chicago in late July to tape the show. The 12 contending students were split into groups of three and filmed four different shows. Each show of the series featured two head-to-head rounds of multiple-choice questions, a lightening round and wager round (Final Jeopardy style). A $3,000 scholarship is awarded to the contestant with the highest score in each group.

Villegas won second place in her group and took home a $1,000 scholarship. The competition also gave her the chance to build up her confidence, meet other students and learn about her own history.

“There were things I could relate to my great grandmother; she was involved in farmworker marches and learned about the protests with Cesar Chavez,” said Villegas.

Villegas was the first St. Edward’s student to be a part of the show, but she and Estrello  love the idea of helping other students take advantage of this opportunity next year. The St. Edward’s student population is 35% Hispanic, and many students would be eligible to compete on the show.

“Ariana laid the foundation for future students to go and participate” said Estrello.

The show will air during Hispanic Heritage Month (Sept. 15 to Oct. 15). 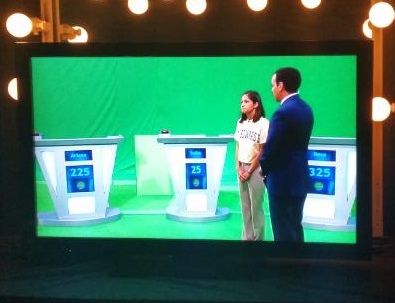