Bryan Stevenson, Author of Just Mercy: A Story of Justice and Redemption, to Speak at St. Edward's University

Bryan Stevenson, author of Just Mercy: A Story of Justice and Redemption, will speak at St. Edward's University at 7 p.m. Sept.23.

The event is open to all St. Edward's faculty, staff and students. A book signing will follow.

Stevenson studied public policy and law at Harvard, and is a clinical faculty member of New York University School of Law.

He also is the founder and executive director of the 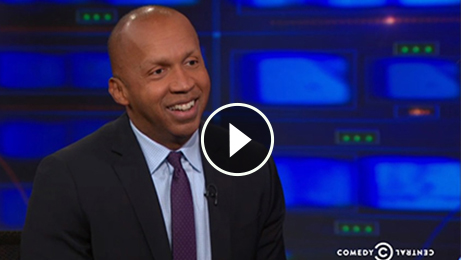 His work has received many awards, including the National Medal of Liberty, Smithsonian Magazine American Ingenuity Award in Social Progress and MacArthur Foundation Genius Prize.  He's also appeared on The Daily Show with Jon Stewart and TED Talks.

Stevenson will speak as part of this year's Common Theme, justice.

Each theme aims to prompt discussions between freshmen students who read Just Mercy during the summer.

What: Just Mercy: A Story of Justice and Redemption discussion with Bryan Stevenson