Aly Jones and Heather Garsen set the tone for a moving ceremony by singing the national anthem, and Caitlin Maples inspired classmates with her Valedictory Address by reminding them to, “Be fearless, be compassionate and be patient.”

St. Edward’s was honored to have Daniel Cardinal DiNardo, Archbishop of Galveston-Houston, as the keynote speaker. Cardinal DiNardo received an honorary degree and used the biblical story of Paul and Barnabas to illustrate the importance of believing in the value of friendship and collaboration. The Cardinal reminded students to, “never be so hyped up on yourself that you forget we’re all in this together.” 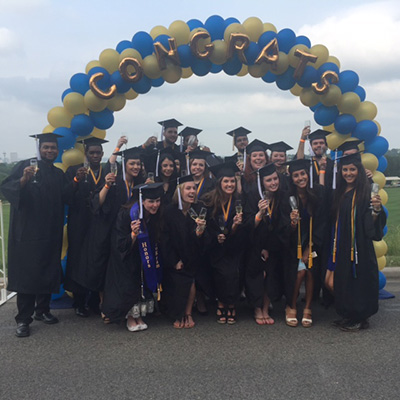