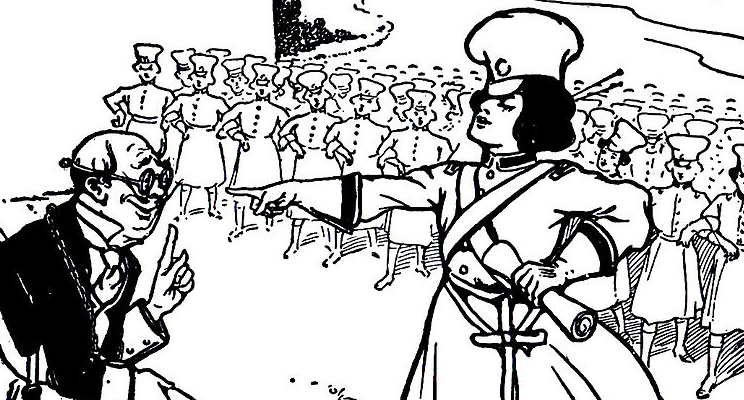 Show business trade site Variety.com broke the news last week that director Nicole Kassell is poised to remake MGM’s beloved 1939 feature film The Wizard of Oz. That cinematic treasure, starring Judy Garland and a singing and dancing cast of hundreds, occupies a central place in American culture, due in large part to its rebroadcast on network television annually since the late 1950s.

The movie’s cast, costumes and songs have become iconic. Its catch phrases — “We’re not in Kansas anymore,” “There’s no place like home,” “Pay no attention to that man behind the curtain”— are part of our everyday discourse. I assign it in my World Building class and delighted each term to see jaded college students laughing at 82-year-old jokes and singing along to ancient (to them) songs. Free from being constantly interrupted by commercials, the film moves along at a brisk action-movie pace. While there are no perfect movies, The Wizard of Oz comes very, very close.

Yet New Line Cinema and Temple Hill Entertainment (producers of the Twilight and Maze Runner film franchises) plan to deliver a remake that exactly zero people in the world have asked for. In announcing this project, they hope to follow in the footsteps of such recent lucrative-but-equally-unasked-for remakes as the "live action" (plus CGI) versions of The Jungle Book, The Lion King and Aladdin. Like those three, I can’t wait not to see a remade Wizard of Oz.

But Kassell and New Line are missing a marvelous opportunity. The Wonderful Wizard of Oz, written by L. Frank Baum in 1900, has a fantastic sequel: The Marvelous Land of Oz. This book, though published in 1904, resonates in strange ways (An all-female insurrection! Artificial intelligence! Gender transformation!) with our current time and culture, and deserves its own feature film. Gore Vidal, writing a 1977 Oz retrospective for the New York Review of Books, called it “one of the most unusual and interesting books of the series.”

The Marvelous Land of Oz sends a more nuanced message: that acceptance of self is the key to contentment.

Marvelous Land takes place shortly after Wizard, with Scarecrow acting as a sort of Emerald City regent — a placeholder king awaiting the return of Dorothy’s friend the Wizard to return from his balloon trip. With The Tin Woodsman (now rechristened Nick Chopper) at his side, he finds himself besieged by the all-female Army of Revolt. They overrun the Emerald City in a bloodless coup, and their proud and confident young leader General Jinjur takes the throne.

Scarecrow and his friends — who now include Jack Pumpkinhead, lumber-based life form The Saw-Horse, the dad-joke-loving Highly Magnified Woggle-Bug, and the nightmarish amalgam The Gump — wander through a series of adventures, increasing their number and support along the way. Order is finally restored, and the throne of Oz is assumed by Ozma, the rightful Princess of Oz.

It’s impossible to read this story through our modern eyes and not connect it with recent news and issues. We have seen multiple armies of protest and revolt in the last four years, starting with the massive, multi-city Women’s March of 2017. Our continued technological advancements in the fields of artificial intelligence and robotics are raising existential questions that constructed characters, such as The Gump (who never asked to be given “life”), and Jack Pumpkinhead (whose slowly-rotting gourd is a constant reminder of his imminent death), wrestle with throughout the story.

Finally, without spoiling its shocking conclusion, the book deals with issues of gender identity at a time when many people are questioning the nature of gender as a cultural construct versus a biological determination.

The 1939 Wizard of Oz reinforced the foundational American myth that belief in oneself is the key to success. But The Marvelous Land of Oz sends a more nuanced message: that acceptance of self is the key to contentment. In these rancorous and unsettled times, that might be the better thing for us to learn.

Robert Denton Bryant is co-author (with Keith Giglio) of Slay the Dragon! Writing Great Video Games and serves as Director of Video Game Development and Animation at St. Edward’s University in Austin, Texas.