Assistant Professor of Communication Scott Christopherson’s film, Peace Officer, has been selected to premiere at the 2015 SXSW Film Festival. Associate Professor of English Chris Flynn’s film, Swimming with Byron, is just getting off the ground.

We talked with the two directors about their work and what’s in store for viewers.

Q: Can you give a 30-second overview of your film?

Peace Officer is a documentary film about the increasingly militarized state of American police. The film follows the story of Dub Lawrence, a former sheriff who founded the first SWAT team in Utah in 1974. Thirty-some years later, that same SWAT team killed his son-in-law in a shootout. He’s seen both sides: He knows the protocol, and he’s been a victim of officer-involved shootings and police brutality.

Q: What do you want viewers to take away from Peace Officer?

As filmmakers, we don’t believe is forcing our views on the viewer. I want people to be empathetic to both sides, so we can engage in a better national debate. I hope the film helps people be more open-minded and think about the issues in a nonjudgmental, non-biased way.

Q: Why are you excited about sharing this film with the St. Edward’s community?

The film really fits into the university’s mission of social justice. And I think that’s what I’m really excited about. It’s about giving a voice to both sides and people who previously didn’t get a chance to speak. It’s a compassionate way of looking at this story.

Q: Did you expect your film to be at the center of a national debate?

Police brutality has always been an issue in Utah, where the film is set, 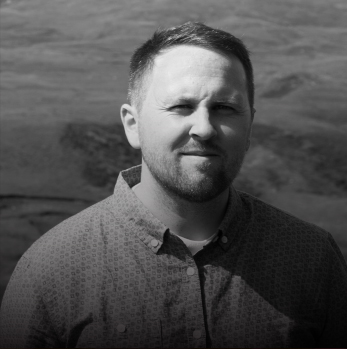 but the issue gained traction nationally as we were shooting. I think it just shows what an important topic this is.

Q: What’s next for you and the film?

We’ll screen as part of the SXSW Film festival and competition in March. Then we’ll work on getting the film out there. We don’t have a distributor, so we’re raising money through Kickstarter to help with those costs.

Q: What’s the film about?

Swimming with Byron will be about the places and spaces that were important to the British Romantic poets, who were really the first middle-class tourists. In many ways, they gave us a prototype for wandering through Europe with a backpack. I got it in my head awhile back that I would swim the three miles across the Hellespont (now the Bosphorus) in Turkey like Byron did, and then I realized that many other Romantics did equally interesting physical things -- Wordsworth hiking from Calais, France, to the Simplon Pass in Switzerland. We’ll look at the role their travels played in their lives and their works.

What are you most excited about filming?

For me, it’s swimming the Hellespont in Turkey. I was training to do this in 2003, and then life got in the way. It will be the last scene in the movie, but it is also the idea that started it all.

Tell me about why you are incorporating student filmmakers.

In the course of six weeks, they’ll learn about film technique, film history and what the eye is looking for. I’ve known this material for 25 years, but it’s all brand new to them. Seeing the Romantic writers through their eyes will make it even more exciting. 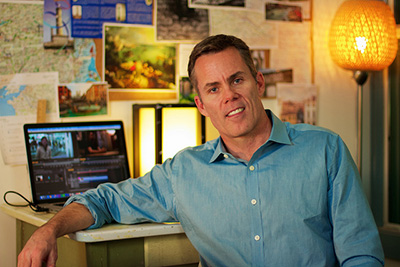 At this moment, we’re in the heart of raising the backing for it on Kickstarter. After that, we’ll film five different locations in London, which we’ll do with some volunteer help from students I’ll be traveling with for a short study abroad. Then we’ll move onto filming in the rest of Europe. We’ll wrap filming August 30, and then finish the editing in early 2016.

When the film is completed, what do you want viewers to take away?

I want to create a documentary about a special time in history when people wandered their part of the world. This stuff is fascinating, and it has relevance today: It’s about the wanderer in all of us. It’s a basic human instinct to wander between home and the unknown.