AUSTIN, Texas — J. Andrew Prall has been selected as provost of St. Edward’s University. Prall begins his post at the university on July 1, 2018, and will report directly to George E. Martin, president of St. Edward’s.

In his new role, Prall will define the future of the university’s academic programs, engaging with deans, academic administrative areas and university partners to ensure the continuing high quality and relevance of the university's educational experience at the undergraduate and graduate levels.

In a post to the St. Edward’s community, Martin said Prall stood out as an “articulate, innovative and seasoned academic leader who has the capacity to help us accomplish the goals of our university’s Strategic Plan 2022.”

“On top of his strong record as an advocate for academic excellence and experiential learning, he believes deeply in values-based education and is inspired by our Holy Cross educational mission,” Martin added. 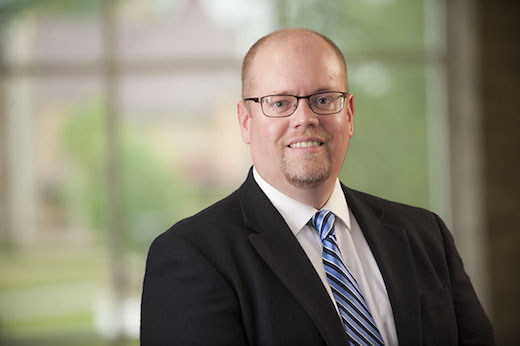 Prall is currently vice president for academic affairs at the University of Saint Francis in Fort Wayne, Indiana.

During his time at the University of Saint Francis, Prall worked with deans to launch many innovative programs, including a groundbreaking, interdisciplinary program called META (Multimedia Entrepreneurial Training in the Arts), in which students work in interdisciplinary teams on real-world projects for local employers. He also developed a beneficial partnership for the university with the Franciscan Alliance, a network of 15 hospitals in Indiana and Illinois. Through this partnership, the university grew its Crown Point site and established locations in Indianapolis and Lafayette, the latter site resulting in nearly 100 additional students for Fall 2017.

An advocate for experiential learning, Prall provided training for more than a third of full-time faculty in project-based learning (PBL), resulting in a nucleus of PBL-certified faculty.

In addition to six years of service as the chief academic officer, Prall has served as chair of the Department of English and Foreign Languages, director of general education, and assistant provost. As a faculty member, he earned the Faculty Excellence in Teaching and the Campus Leadership Award. Prall earned a PhD in English from the University of Denver, a MFA in creative writing from the School of the Art Institute of Chicago and a bachelor’s degree in English and economics from DePauw University.

His undergraduate liberal arts education sparked a lifelong commitment to service and social justice issues, including three years of Peace Corps service in Paraguay and six months of service in Crisis Corps in Nicaragua.

Prall was selected after a nationwide search led by a St. Edward’s search committee, which reviewed 102 candidates.

St. Edward’s University is a private, liberal arts college in the Catholic, Holy Cross tradition with approximately 4,600 students. Located in Austin, Texas, it is one of the top universities in Texas and offers undergraduate and graduate programs, including MBA programs and a master’s degree in counseling. With a network of partner universities around the world, St. Edward’s is a diverse community with educational opportunities designed to inspire students to cultivate a global perspective. St. Edward’s has been recognized for 15 consecutive years as one of “America’s Best Colleges” by U.S. News & World Report and ranks in the top 20 Best Regional Universities in the Western Region. For more information on St. Edward’s, visit stedwards.edu/about.