Jane Austen's 1813 novel with all of its wit and romance comes to life in this fast-moving and high-spirited update. Join the singularly focused Mrs. Bennet as she struggles to marry off her five daughters, sometimes in direct conflict with her daughters' wishes.

Enjoy the fireworks between the quick-witted, fiercely independent Lizzie Bennet and the handsome, enigmatic Mr. Darcy. Should feelings triumph over good sense, and can you trust your assumptions?

As Orlando Theater exclaims, "fiction doesn't get any better than this!" 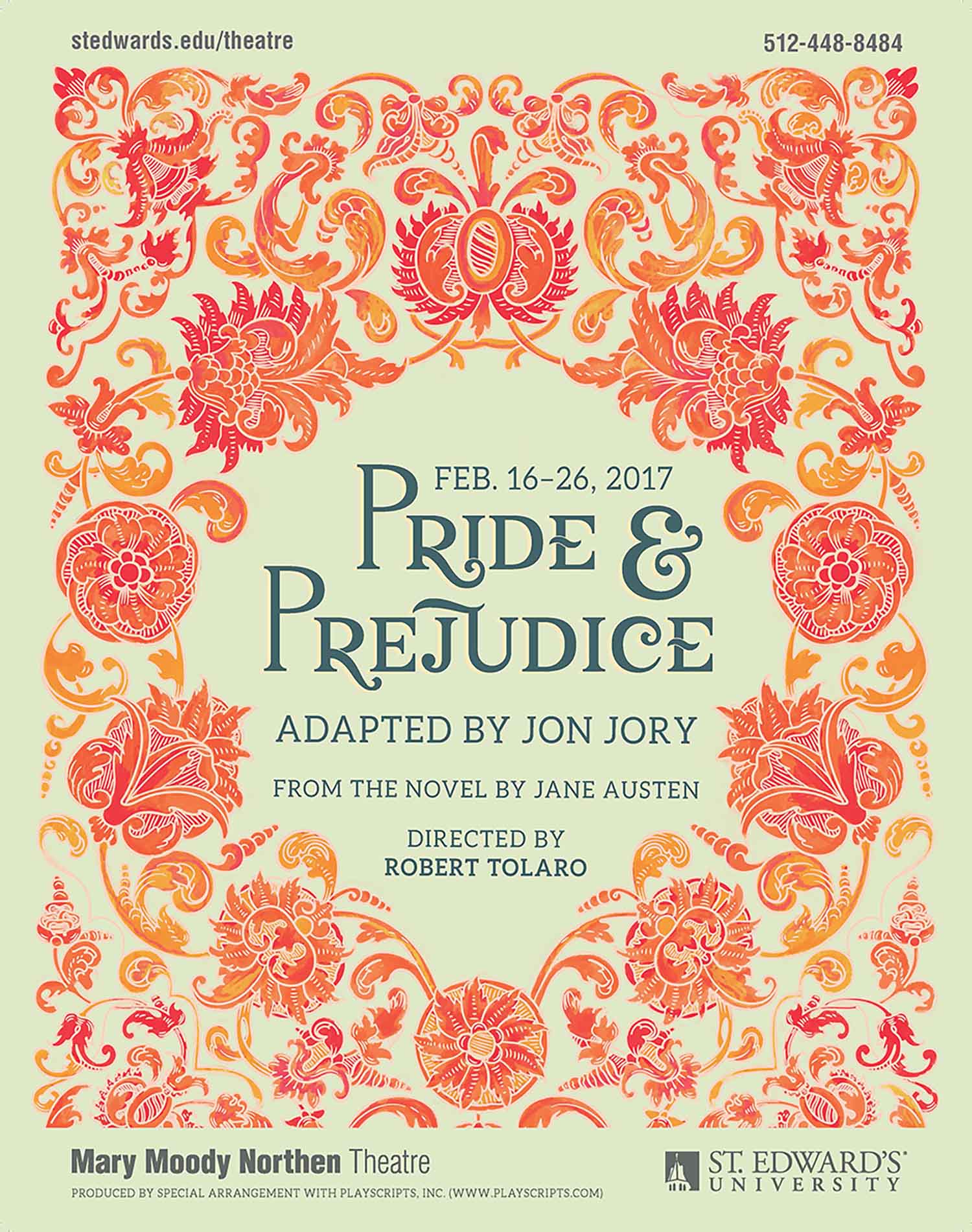 WHAT: Pride and Prejudice

From the novel by Jane Austen

Mary Moody Northen Theatre operates on a professional model and stands at the center of the St. Edward’s University theater training program. Through MMNT, students work alongside professional actors, directors, and designers, explore all facets of theatrical production and earn points towards membership in Actor’s Equity Association, the union of professional actors and stage managers in the United States. MMNT operates under an AEA U/RTA contract and is a member of Theatre Communications Group. Information: 512-448-8487 or www.stedwards.edu/theatre.

St. Edward’s University is a private, liberal arts college in the Catholic Holy Cross Tradition with approximately 5,000 students. Located in Austin, Texas, it is one of the top universities in Texas and offers undergraduate and graduate programs, including MBA programs and a master’s degree in counseling. With a network of partner universities around the world, St. Edward’s is a diverse community with programs designed to inspire students with a global perspective. St. Edward's University has been recognized for 12 consecutive years as one of "America's Best Colleges" by U.S. News & World Report. It is ranked in the top 15 Best Regional Universities in the Western Region. Information: stedwards.edu/about.